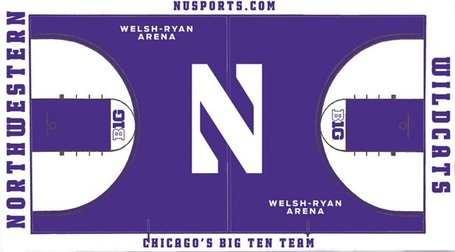 Juicy J's mind just exploded, but I don't believe you, Northwestern Wildcats basketball. You're holding a public vote on your new basketball court design, and doing it on Facebook too, which is pretty strong strat. But an all-purple court? In the Big Ten, and in the Big Ten's stodgy Leaders or maybe Legends division to boot?

Make no mistake, the Grimace is the correct choice. But keep in mind the other three options all look pretty much like this: 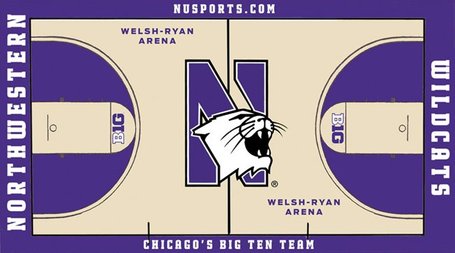 I'd say the purple wonder is designed to bring in attention to the vote itself, but Northwestern is hoping that cooler heads will prevail upon arrival. This is where internet comes in. Northwestern must either play basketball on a court made entirely of purple, or they must abandon the facade of democracy.

Do the right thing, Northwestern.