Anthony Davis Wins Every SEC Award, Is Likely An Alien Of Some Sort

Share All sharing options for: Anthony Davis Wins Every SEC Award, Is Likely An Alien Of Some Sort

In a related note, Anthony Davis seems more like an alien than the 18 year-old human being that was supposedly "born" in 1993.

That's courtesy of Eamonn Brennan at ESPN, who writes:

I mean, come on. When Terrence Jones fires that shot, Davis is standing at the 3-point line. He quickly realizes "hey, I should be by the rim, just in case." But his timing and the ball's bounce is such that he really isn't running in to establish position; he's merely trying to get somewhere near the thing if it caroms off the iron. And then somewhere between the free throw line and the takeoff he says "oh, I can get this," contorts his body in unfathomable directions, and dunks the basketball from almost behind his body.

Good analysis, but it's also important to consider the possibility that Davis is not of this earth. We've all seen Men In Black. Did you see the way he pulled that rebound out of nowhere? Almost like his arms stretch forever while he just hovers in the air like that? Yeah. Either Davis is an evolved, extraterrestrial life form, or he's part of the same Nike science experiment that brought us LeBron James.

Either way, really. Not since young LeBron have we seen someone this young, with this many freakish gifts. You could maybe question Davis' ability earlier in the year, when he'd occasionally go invisible and leave you walking away wondering what all the fuss is about. But as the season's unfolded he's removed any room for skepticism. He can shoot, he's got preternatural rebounding instincts, he blocks shots better than any big man college basketball's seen in years, and then there's that athleticism we see above, where it all comes together with some mind-boggling sequence that makes even his insanely talented Kentucky teammates look boring by comparison.

He's nothing less than a freak of nature, the well-deserving Player of the Everything in the SEC this year, and the single biggest reason we should all be terrified of Kentucky this month.

But do you really think aliens should be playing college basketball to begin with? 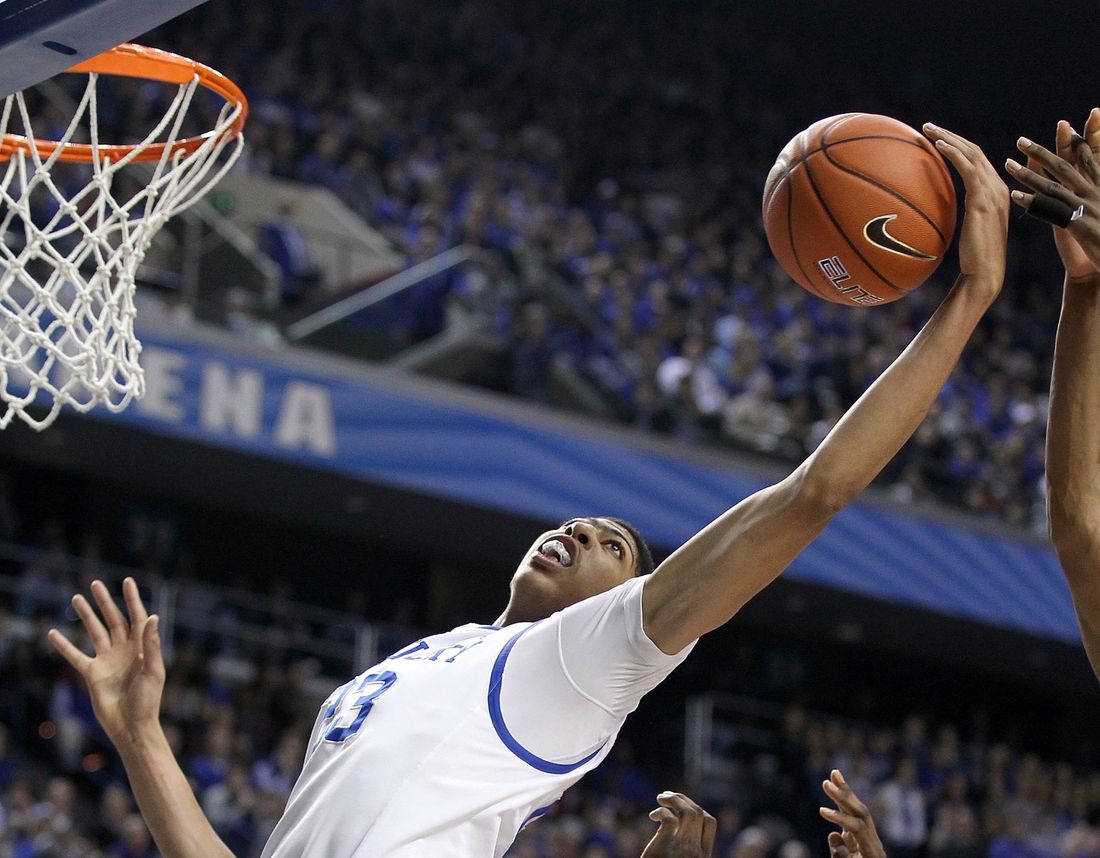