"Still think we're a bunch of dumb jocks?" Well, yeah, kind of ... that is, unless the 2013 Final Four really is being played in Lithuania. Photo evidence after the jump. 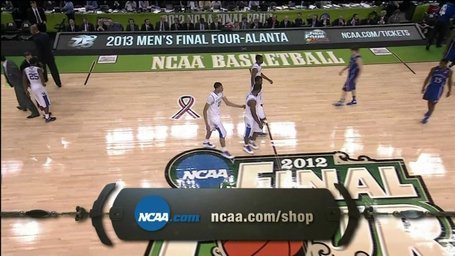