This Week In Schadenfreude: Texas Longhorns Earn A Special Mention

In which plain old facts are more damning to Texas than anything else could possibly be, the word "Mackovic" is dropped, someone sits down to type five minutes after seeing their team lose 67-65, and Ty Willingham is proclaimed to be a flat-out better coach than anyone. Plus: more sad girls!

Share All sharing options for: This Week In Schadenfreude: Texas Longhorns Earn A Special Mention

This column usually spreads the love/hate/mocking around because both I and put-upon fans get bored with teams that are just terrible and move on to other things, like alcohol, ennui, and speculation on who the next coach is. Also it's only fair, right?

Well, I tried, Texas, but then you lost 39-14 to a mediocre Kansas State team rolling with its backup quarterback. You know this already but I'm going to repeat it anyway: Texas lost 39-14 to a team that had nine passing yards. That would get anyone short of Washington State a section here, and when you're possibly the most successful team of the last decade you get top billing. Especially because Texas fans' criticisms are both scathing and surgical verbal bombs like so:

This year’s performance is not just the worst job of coaching we have seen in the Mack Brown era, it is without any real question at all one of the very worst coaching jobs in modern football history.  I can’t think of a single instance in which any coaching staff has done less with more talent or inherent program advantages than this staff has accomplished this season.  To make matters even worse, I’m frankly not sure Mack is any more capable of recovering from this debacle than John Mackovic was of recovering from 1997.  He refuses to acknowledge and focus on the real problems in his staff, and as long as that is the case, there is no real hope of recovery.

If actual blogs, not loony message boards, are running out the word "Mackovic" you go above the fold. It's so bad that even straight recitations of facts read like charges brought by the Inquisition:

This is even more preposterous:

Nobody expected blowout losses to UCLA and Kansas State, either.

This stuff is everywhere. I could have picked a half-dozen other posts in this vein. The screencaps have gone from that one girl saying "Oh My God" to a tableau of people who now know there is no such thing: 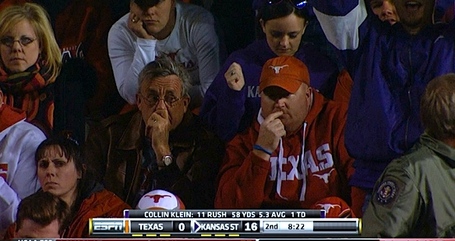 Longhorns, I feel your pain, but when you're farking your own statues and Oklahoma fans are thankful their meltdown doesn't match up you're the Tears of Unfathomable Sadness recipients for the third time. Greg Davis surges into the Weisman(tm!) lead. 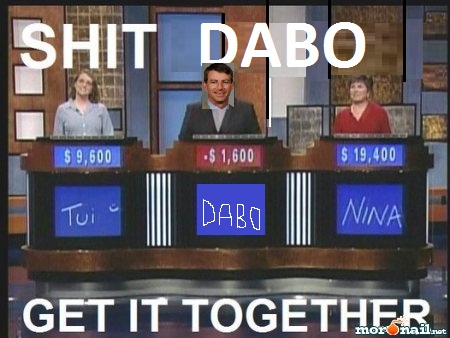 On to the bad pathetic unacceptable and vomit inducing portion of the football game. Our offense flat out sucks, as does the majority of our special teams.

They're even doing my job for me and screenshotting their comment zingers:

If Clemson ever really goes in the tank, like 3-9 in the tank, the board of trustees is going to have an armed rebellion on their hands. I mean this literally. There will be people with guns, scythes, pitchforks, and baseball bats. Trained squirrels will brandish toothpicks as campus descends into chaos. The football team will not notice.

There were all of two games in the Big East, one of them a one-point win for South Florida over Rutgers and the other a Louisville win over a Syracuse team that's still wandering around at 6-3 going "wait, what?" But since this column had a long tradition of the weekly Greg Robinson-induced crying child from Orange::44, here's one for old times' sake: 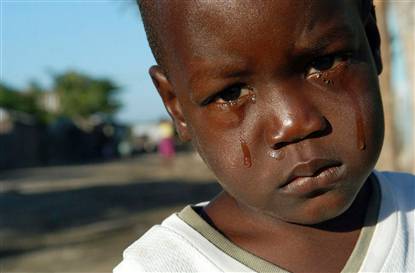 You may now resume your Quest for Beef, Orangemen. You were so right about Greg Robinson.

Illinois-Michigan is one of the country's most one-sided hatefests. Illinois fans hate Michigan because of a lot of stuff that happened 20 years ago. Michigan turned in Illinois for violations under Mike White and Bo Schembechler took special pleasure in bombing them into the stone age after the cut Gary Moeller, his right hand man, loose after just three years, and then Michigan cut down the '89 Flying Illini in the Final Four en route to their only national title. As a result of that and a lot of other Michigan wins over Illinois, Michigan regards the Illini as another Big Ten speedbump (yes, of late the speedbumps have been looking at Michigan the same way) while Illinois burns with unholy fire.

Losing 67-65 in triple overtime to Most Hated Rival sends the guy behind A Lion Eye somewhat off kilter—his post starts with "There is no catharsis," and I think he means it in the cosmic sense. There is no such thing. The rest of it compares Saturday to something else that happened nearly 20 years ago, 1993 basketball game against Missouri that went to triple overtime as well:

It’s burned in my memory.  That part of my hard drive cannot be overwritten.  When I do a defrag on my brain, it shows up in green as a file that can’t be moved.  And now it has company.

But you cannot claim this guy did not man up:

The game ended 5 minutes ago, and I decided to just sit down and start typing. This won’t be coherent. I can barely move.  To spend that much emotional energy on something you care about that much, only to watch it end in the most excruciating way possible (well, maybe Indiana fans watched something more excruciating today, but there aren’t really Indiana football fans, so my point stands.) – I just have no words to describe it.  I want to beat Missouri in basketball and Michigan in football… and the two biggest stomach-punch games in Illini sports history were to those two exact teams.

That's grappling with your demons. If I tried that, MGoBlog would be littered with thousand-word posts that were nothing other than elaborate descriptions of the terrible things I would like to do to various coaches, players, and announcers (especially announcers). A Lion Eye wins the internet for sucking it up. Please don't actually defrag your brain.

Texas isn't the only Big 12 heavy suffering from a down year. Fellow South monster Oklahoma just lost to a not very good Texas A&M team and is now sizing up a prolific Oklahoma State program in a Bedlam game for the division championship. Oklahoma fans are confident!

We are SO going to get smoked by OSU.

I literally give OU no chance in this game considering how they've performed on the road. I'm not even going to get my hopes up or pretend it's possible.

Everything is fine! Nothing crazy is happening at all!

The Longhorns are dying on the walls by the thousands!

Baghdad BOB SAYS: EVERYTHING IS FINE. WE HAVE NO PROBLEMS PLAYING ON THE ROAD. ALL IS WELL. 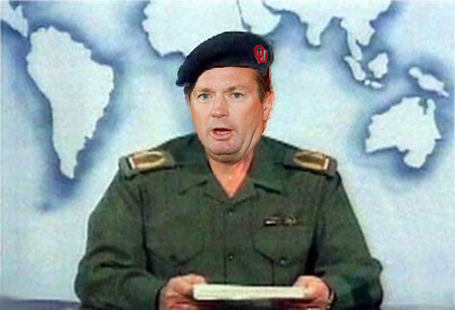 At least the Longhorns are dying on the walls by the thousands. Right, Sooner fans? That's the ticket.

You'd think Arizona State would be relatively cool with having a mediocre program what with all the palm trees and babes, but This Guy who's about to get an embed obviously doesn't go outside. Probably because he's wearing a tracking bracelet. This is actually kind of uncomfortable, and I'm a guy who finds that USC nut who openly wants Monte Kiffin to die funny:

Yeah… you don't really have to hit play to figure out what's going on here. If you do you will probably feel sad for humanity.

Meanwhile in Washington it's come to this:

Wow. We are now proclaiming Ty was better then Sark?

Sucks to be Sarkisian......and as usual it still sucks to be a Husky fan.

Alabama's out of the race to repeat as national champions after eating some grass turned Les Miles into The Lesticle and fourth-and-one reverse turned into first and goal and the winning points. The grass thing is not is some reference to Miles hanging around notoriously pot-friendly Ann Arbor, it is the literal truth. And since the guy who produced that Iowa-Wisconsin game switched networks, anyone watching this happen got to see multiple shots of this girl and her enormous tear-filled eyes:

Why do you have issues with women, guy who produces football games? For the same reason everyone in sports does? Oh, all right then. Carry on.

You can also get that girl in a Successories-style demotivational poster thanks to giddy Auburn fans.

Giddy, violently angry Auburn fans. It takes a lot for you to show up here when you demolish a I-AA team but this will do in the aftermath of Cam Newton's cashgate:

ESPN and the Media, Again Showing They are Rotten to the Core

Ethics, standards, morals....all are in STEEP decline in this country and I credit this mostly to the stinking, rotting, bloated fish carcas that is the media. …

Its truly sickening.  I don't have a problem with the capitalist desire to make money, but to do it with hearsay, conjecture, deception, and down right lies is beyond contemptable. It is widespread throughout the media, reporting stories for the sake of contoversy and to promote an agenda designed to increase readership/viewership, regardless of the truth or who gets trampled in the process.

As a guy who just saw the Detroit Free Press headline a story on the NCAA dropping their "failure to promote an atmosphere of compliance" charge "NCAA hits Rodriguez with amended charge," I sympathize somewhat, but "stinking, rotting, bloated fish carcass" is totally unfair. After thousands of job losses over the past three years, that carcass is lean. ZING! Also you're Scott Tenorman of the Week.

Meanwhile, Auburn fans are wondering if Urban Meyer is behind all of this and can actually recognize Mark Schlabach. Because obviously on both counts.