The college football bowl season is the equivalent of a really hackneyed columnist's pre-vacation offseason column. Rather than presenting anything substantive, the columnist takes a quarter pound of gristle and attempts to make it into a pound of sausage.

These sentences are spaced out in single lines.

This is how a columnist takes style and turns it into a 500 word holiday.

This is precisely what happens with the college football postseason. In reality, there's probably eight or nine games qualifying as essential couch-rides. Along the way will be a few surprises--hello, suddenly fascinating Humanitarian Bowl 2009--and the rest will be, to put it kindly, chaff. To make it last the better part of a month, it's cut into tiny bite-size sections for easy digestion and to give the impression that something is actually happening all the time (which is not happening at all).

You will watch it, however, so some planning and tactics will be needed for the long haul.

1. RELAX YOUR EYES AND YOU'LL SEE IT ALL CLEARLY. The following is an optical illusion. Stare directly at the screen. Relax your eyes. Stare past the picture, not at it, and try to concentrate on not concentrating at all. See anything? 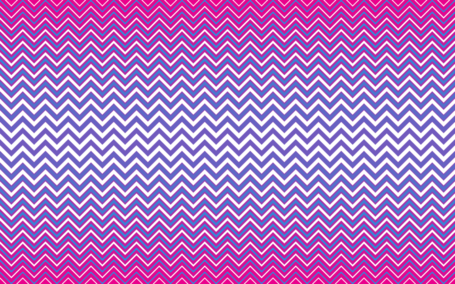 No, wait, it should be coming into view...and there it is.

In case you can't see it, the pattern contained inside the optical illusion is the most fun we had watching a bowl game in 2009-2010. It was the Humanitarian Bowl between the Idaho Vandals and the Bowling Green Falcons. This followed the pattern of most ideally matched bowl teams. Neither team could defend themselves against a paper bag lofted skyward by the wind. Both featured offenses capable of scoring points very quickly. Both teams appeared thrilled to be handed a third tier bowl bid and three days worth of all-beef dinners and team bowling competitions. (This is really a feature of the Humanitarian Bowl: "Bowling for Beef.") The lead changed hands by the minute, and the track meet ended with a two-point play to win the game for Idaho in regulation that required balls the size of a small solar system to call. No NFL coach has ever watched this game. It would kill them dead with its recklessness.

The trick to enjoying the irregular rhythm of bowl season is to relax the eye and see if you see anything interesting. Go ahead: put the New Orleans Bowl on in the background, and just see if you see anything in the general pattern of what's going on, but don't go crazy assuming a.) you'll miss something or b.) you won't. Just like the universe at large, most of the bowl game is empty space, but you would be mad if missed the chance to cruise around and watch any of the interesting last college football of the year.

Bowl games happen in many places. Some of them are a good measure more picturesque than others: take the Rose Bowl, open your camera lens, and your work is done as the late afternoon light casts a golden glow on the California hills. Take a lot of stock footage of South Beach and ladies in skimpy swimwear lying on the beach for the Orange Bowl, and you've done half the work already. Some bowl locales sell themselves.

Without further offending the residents of Mobile, Shreveport, Jacksonville, and Detroit, some places that will remain unnamed are a bit more difficult to frame than others, and that's when it gets fun to watch. EDIT: Take Jacksonville out of that last group, not because it is particularly picturesque, but because we're about to offend them.

Mike Patrick. Welcome back to the Gator Bowl, situated on the beautiful St. John's River.

Craig James: Hey, they have a lot of bridges here in Jacksonville. Wonder what they use them for?

Mike Patrick: They probably drive cars over them, Craig!

It's worse when they have nothing to show and just give up and point a camera towards a mall. When you see this, it is the production crew nobly surrendering, the white flag of production content decisions. It is one of my favorite moments in all of bowl season, because I know behind it lurks a crew of bleary-eyed television types who are about to go back to their hotel rooms, empty the minibar, and order an adult film they will watch for exactly eleven minutes before passing out for the evening. What The Grinch Who Stole Christmas is for you, the give-up low-level bowl game surrender shot is for me. There's no one right way to celebrate the holidays, man.

3. SOMEONE'S GOING TO TANK. Occasionally, it happens, and when it does it is spectacular. Maintaining the focus of a bunch of overgrown teenagers with ample testosterone and short attention spans is hard enough, but take a month off, send them home, get them all hopped on the goofballs of a road trip and a largely meaningless football game, and the potential for mayhem is at a maximum. For every team with actual football consequences on the line there's another riding out the rotten end of a wasted season in a mid-sized American city whose chief attractions are alcoholism and a few wretched casinos filled with oxygen tank-toting retirees penny-slotting their way to the grave.

This sounds bad, but it's not the worst option. The worst option are the bowls in San Diego, San Antonio, and heaven forbid El Paso, because even if you institute a curfew nothing's stopping the bold scholar-athletes of a given institution from traipsing across the border, buying some cheap tequila and a few souvenir switchblades, and then obliterating themselves in the course of an afternoon before returning infinitely worse for the wear prior to the curfew. (And that's if they don't get into the unregulated Mexican pharma market, and if they do your coach might be talking to the Federales about how anyone could lose a six foot tall 300 pound American a mile off the Mexican border.)

The Sun Bowl has the worst tales associated with it. A few years ago one team that will not be named suffered the bite of a long afternoon/night's drinking in Juarez, with the quarterback in particular suffering openly during the game from an Old Testament hangover that would have crippled a British actor for a week. Keep in mind that Juarez may be the most dangerous city in the world not actively engaged in an official declared war, and yet someone will still sneak over there and end up playing the game with alcohol spilling from their pores the next day.

In short, if your team lost something like three of their last four games and is heading to a meh bowl game, you're doomed. Convenience stores located near the team hotel and adjacent shot bars, however, will gain from your loss. And if your downward trending team is having a bowl anywhere near Mexico, just sign off and enjoy the unique giggle that come with watching your clearly nauseated quarterback heave balls into triple coverage. It's his way of saying "I'm bar-poisoned, and just want to get back to the bench and its ample healing supplies of Gatorade."

4. AMPLE PARKING AVAILABLE. If you hate the BCS, take joy in the empty seats you'll see all over the place. We're sorry, we mean "the seats reserved for the invisible-but-present spirits of great Alamo Bowls past!" Bill Hancock of the BCS says just because you can't see them doesn't mean they're not there.

5. THE SPONSOR'S AWKWARD APPEARANCE. It really doesn't cost that much to put your name on a bowl game, relatively speaking, and that means for a few awkward minutes each game, a CEO gets to trudge in and babble on about his company. Some of them understand this means about thirty seconds of patter about their trucking services company, but my favorite guys are the ones who test the patience of the whole crew by really overstaying their welcome and hogging as much camera time as possible. The announcers are powerless, since he's the guy with his company's name on the whole game, and dammit, don't you want to hear about R and L Carriers for five minutes? OF COURSE YOU DO HERE I'LL JUST SIT HERE LIKE AN EXORTIONIST WHO WANTS TO BE PAID IN YOUR BOREDOM AND AIR TIME AND TALK ABOUT IT.

6. FREAKISH WEATHER. It happens, usually in the form of blinding snow. It is at its best when it happens where it is not supposed to, i.e. the Independence Bowl in Shreveport in 2000.

How dodgy was Jackie Sherrill? We bet he chose the all-whites specifically for the cloaking effect, and then shot up his players with unregulated Mexican steroids for that winning edge. That last part was probably standard at Miss State in the Sherrill era, but if you're not shooting up your players with unregulated Mexican steroids, you're not really trying, are you?

7. THE DOUBLE DIGIT UNDERDOG. It is a truth universally known that if you see a double-digit underdog on the tip sheet, you must bet on them to cover at least and then watch the game. Spreads are notoriously funky for bowl games, but especially so on the double digit underdogs. For the purposes of entertainment only, it's very important that you wager your purely imaginary units kept in a not at all illegal or dodgy offshore online betting service that absolutely does not convert those units into real cash through a series of strange but viable transactions on these teams because gambling for real is, um, bad and stuff.

8. NOTHING TO LOSE. Teams often understand that with nothing on the line, it is time to break out the trick plays, oddball formations, and otherwise empty the sack of plays left unused by all but the least sane of coaches for the bowl game. Boise State followed this method to their landmark victory in 2007 over Oklahoma in the Fiesta Bowl, but they're not alone. Chip Kelly does not ride with the devil; he commutes to work on a daily basis with him, brings him coffee, and counts him as a close friend, y'all.

Speaking of the Holiday Bowl...

9. THE PARALLEL DIMENSON THAT IS THE HOLIDAY BOWL. For unexplained reasons, the Holiday Bowl's combination of the Big 12 and the Pac -10 has yielded an annual crop of insanity well worth your viewing minutes. The Holiday Bowl was where Oklahoma State and Oregon shot the lights out in 2008; it was the site of Cal running facefirst into a Texas Tech-manned thresher in 2004. it was the scene for Mack Brown's stepson touching a live ball in 2007 against Arizona State, a team whose quarterback Rudy Carpenter had his name chanted from the sidelines by the same Texas defense who nearly punctured his lungs following a pregame taunt. Even last year's 33-0 blowout of Arizona by Nebraska was breathtaking in its severity, especially the part where Ndamukong Suh picked up Nick Foles and batted him sixty feet in the air with just his tail.

Somewhere beneath Qualcomm Stadium is a hellmouth splling chaos into the world. It's been bad for Chargers fans--I mean, how else do you think Norv Turner gets hired to coach your team--but it's quite good for four hours of insane Big 12/Pac-10 football a year.