In this week's Rootability Index, we anxiously await the wonder-dolphin that is Denard Robinson, liken the Mississippi State offense to a condemned, rickety wooden roller coaster, and lament Oklahoma-Kansas, just in general.

Every week, the Rootability Index attempts to help the non-invested college football fan lean one way or another in this week's slate of games using the same logic the random fan uses: that is, none at all.

MICHIGAN AT MICHIGAN STATE. Poor Michigan State. They're a fine team, but they're a team of dull plow horses next to Michigan, even with Kirk Cousins' Team America-puppet good looks and Jerel Worthy's spectacular Spartan tattoo. Blame the pairing for the unfair contrast: this is the zoo, and someone is keeping the Clydesdales next to the wonder-dolphin of Denard Robinson, he of the 330+ offensive yards a game, untied shoes, and breathless dashes through defenses. (Michigan also has a defense now, a unique innovation they installed to celebrate their return to Division One football.)

LEAN: MAGICAL DOLPHIN-BACK. Or, translated: Michigan because Denard Robinson is going to make things up in the second half, and this usually works out very, very well for Michigan.

BAYLOR AT TEXAS A&M.  Mike Sherman's defensive coordinator Tim DeRuyter was wondering out loud this week about hurry-up offenses, and whether they were really fair to the opposing defense.

"It’s within the rules. I’m not a big fan of it, clearly. But it’s within the rules. So if teams want to use that as a tactic, they can. The issue I have is, if they’re using the same personnel on the field up-tempo, you’ve got to match that. But when they sub out personnel, you ought to have the opportunity by rule to match with it, and we weren’t allowed that opportunity.

That is a fair point, but it should be pointed out that when you are 99th in total defense, a lot of tactics are unfair: passing, running, or worse still, passing when you fake the run. Pretty much everything right now is unfair to A&M's defense, so just add Robert Griffin III to the list while you're at it, because he is going to pass for MIKESHERMANTYMILLION YARDS on the Aggies.

He also wears Cookie Monster socks, declaring his support for the 1 percent of the world's population who eat 99 percent of the cookies. All of your pecan sandies and shortbread linzers to Mr. Griffin, please.

SOUTH CAROLINA AT MISSISSIPPI STATE. Pretty big week for the OBC. Kicked his fake son off the squad. Told his real son, Connor Shaw, that he had the starting job. Played 18 each day and shot below handicap. Yessir, pretty good week, and now about to face a team dangerously close to total implosion. This means Steve Spurrier should be scared out of his mind, because a random cross-divisional trip in the middle of the season means certain death for a road favorite no matter how bad said team may be. (And because there's no false sense of confidence like that which you get from destroying the most horrendous Kentucky team in a decade.)

LEAN: MISSISSIPPI STATE. We don't know how, mind you, but it's gonna happen, rickety condemned wooden roller coaster of a Bulldog offense and all.

OHIO STATE AT ILLINOIS. People, this is when you need to commit. Buy in. Stop all that noise in the machine and get on the ZOOKTRAIN or FEEL THE ZOOKPAIN. At no time in recorded human history will Ohio State be this pathetic again, and certainly not while Illinois not only fields a football team that is not only competent, but is currently undefeated. Be a part of it. Get jacked, people. Because the most Ron Zook thing ever would be to take this moment, light it on fire, and then flush it down the toilet of opportunity, and that's where real learning starts, people.

GEORGIA TECH AT VIRGINIA.  UVA bro: "Oh, you wouldn't believe the place. It's on the Outer Banks, real chill. The porch opens right onto the sand, and you can just roll and bro all day. Take a swim, get some beers, you know, just soak it in. Gonna go down there with the fellas before it gets too cold. You got a place you like to vacay, just let it all go?"

Paul Johnson: Oh, sure. Little place I like to call the Port of ShuttheF*#@Up. It's right next to St. Dontgiveadammits. Stop wastin' my air and get in a three point stance and eat this shovel full of s*@# my boys are gonna pitch at you for four quarters, fancy boy. Ain't every day you get a free lunch, so look grateful.

FLORIDA AT AUBURN. Two headless and discombobulated robots with new and extremely buggy programming attempting to beat each other with sticks. Florida is stuck with third-string Jacoby Brissett, so if you like youthful ineptitude and the charming mistakes of football toddlers, this is your lean. However, if you prefer a more seasoned kind of error-prone football, Auburn's Barrett Trotter desires your votes. The only real winner here will be 2012, when both teams should be finished teething, and will look like real, quasi-grownup football. For now, though, this is a toddler fight between two very nasty and uncoordinated babies.

KANSAS STATE AT TEXAS TECH. Bill Snyder's charming old-school habits seem to be taking the Big 12 by storm if his undefeated record as head coach of the 2011 K-State Wildcats and stunned opponents' testimonials are any indication. They huddle! They eat orange slices on the sideline and wear neckrolls! They try to run FEWER plays a game than the opponent! They don't actually wear neckrolls, but don't let that stop you from imagining this matchup as a 1989 team versus the lightspeed no-huddle attack of Texas Tech, because that is exactly what it will be. Have you ever seen a giant tortoise fight a mongoose? If you watch this game you can claim to have seen this in one form.

LEAN: KANSAS STATE. Just a sucker for the old-man swing, we guess. 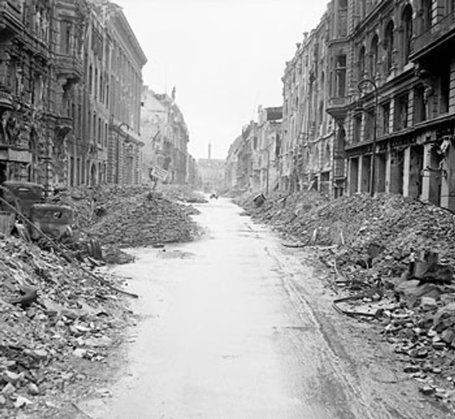 ARIZONA STATE AT OREGON.  Mirror images save for one thing: Arizona State's fondness for not just big mistakes, but epic gaffes so large they're almost admirable. It's not like they just commit a penalty with a late hit on the sidelines. No, a play runs out of bounds, and an ASU linebacker goes into an equipment manager, and he falls backwards into a fan, and the fan hits a generator, and the generator explodes and takes out power to the whole stadium, and then everyone has to play by the light of Oregon's eye-scorching uniforms. This works fine until the lights are rigged to an exercise bike powered by ASU LB Vontaze Burfict, who easily generates enough power for the whole place pedalling while the Sun Devil offense is on the field. We happen to like the grandiosely mistake-prone, for even when the fail, they at least make it interesting.

LEAN: ARIZONA STATE. They'll lose, but it'll be a hell of a party on the way down.