BACK WITH OHHHHH SO MUCH POWER it's College Football Power Rankings, coming to you this week from the edge of October, the last bit of the last month before things in college football progress from "serious" to "POWERFULLY SERIOUS." Please remember that POWER RANKINGS only cover the performance from the previous weekend, and thus only apply to this team's extremely muscular performance from last week.

AHHHHHH TO THE POWER--- 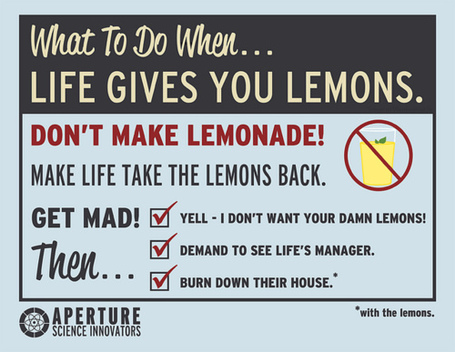 1. ALABAMA. Houston Nutt had so much going for him: two Cotton Bowl trips! Actual sort of recruiting! A landmark upset over a team that would be national champion! The floor is always there, though, just waiting for you to crash into it. It takes so little, really: a few kids wash out of the pipeline, or don't qualify, or a quarterback crop withers on the vine unexpectedly.

That's one way of saying where Ole Miss is right now. Another is to say that you don't suffer your worst loss since 1981 without a willing accomplice on the other side, a role the firmly in-gear Alabama Tankdozer was all too happy to play. The board game is NICK SABAN'S FUTILITY. There are exactly 100 squares on the board. One of them says "Touchdown." The others, well...they're all just pictures of Courtney Upshaw tackling things to death and allowing 141 yards or so to your whole team the whole game. The board game is reviled everywhere else, but is a huge seller in the state of Alabama.

We almost forgot this detail of the game: something like this will probably happen to you.

Like we said: this board game sucks unless you live in Alabama, and it appears to be so inevitable as to be rigged. (PAWWWLLLL!!! He's sayin' Alabama's fixin' games, and as long as that means winnin' games I'm fine with it ROLL TAHDE ROLLL.) 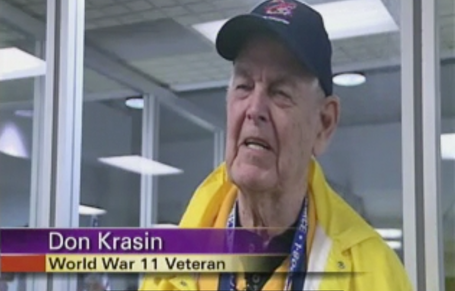 2. WISCONSIN. Russell Wilson caught a pass in this game. This is now officially the stage in the year when Wisconsin just gets bored kicking the hair off of opponents, and begins doing elaborate things to keep their players interested. Wilson will catch TDs. Nick Toon will run the wishbone with a 275 pound tight end split wide at receiver. Monte Ball will call plays from the sideline a Dreamcast 2K1 menu (with the awesome controller with the video screen in it to keep people from peeping at your screen, of course).  Offensive coordinator Paul Chryst will take over head coaching duties, and Bret Bielema will suit up at running back under the alias "Turkish Bankrollz." When "Turkish Bankrollz" finishes fourth in the Heisman voting, Wisconsin will pay veteran character actor Michael Clarke Duncan to play him despite Turkish Bankrollz being very white.

Thank goodness Wisconsin plays someone this week, because another week of pummeling the Indianas of the world and they were going to start punting on third down just to understand what "punting" feels like. Wisconsin is good--like, legendary blowout win-all-of-your-games-by-30-good. This has been true every week this season, and not many teams can say that, and thus you remain OH SO POWERFUL, Badgers. 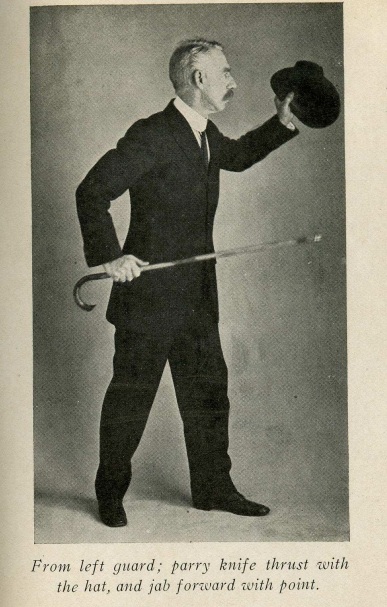 3. TEXAS A&M. Watching Texas A&M keep pace with Robert Griffin's initial fusillade was impressive enough, but the real shocker came in watching A&M not only clamp down on Griffin, sacking and pressuring him repeatedly, but in the Aggies offense finally settling on an endgame strategy they can live with: scoring points with abandon until the clock expires. Given A&M's record for flailing late in games this season, this was as shocking and pleasantly entertaining as watching a group of marathoners round the bend in the final stretch of the Olympic marathon, enter the stadium in a clump, and then seeing Mike Sherman bolt forward in a pair of Dolphin-brand running shorts and Skechers' Shape-Ups to win. If you just imagined the pastiness of Mike Sherman's jiggling thighs, we are sorry unless it curbed an unhealthy urge to snack. In that case, you are welcome. 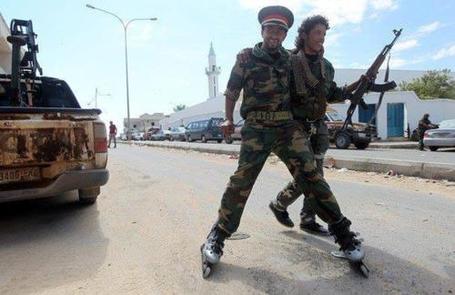 4. BOISE STATE.  Vaporizing people like the charming frontier barbarians they are. The Broncos are a Death Star, but the most polite one you'd ever have threatening the very existence of your planet. Shortly before Colorado State received their 63-13 shellacking, a letter like this arrived at the door of the Rams' football facility.

You're right! That's no moon, but the Boise State football program hovering over your planet. We are afraid to report that this is a fully functional battle station, and that you and everyone on your planet may suffer a life-compromising situation on the day of [INSERT YOUR GAME DATE HERE].

We did our best to mitigate the circumstances and make a win-win scenario for everyone involved but attention to detail led to circumstances that would not permit such happening. You may be eligible for compensation in the form of $600,000 USD for the trouble of dismembering you. If additional limbs are lost as a result of your insolence, please file additional paperwork.

We are just so sorry for any inconvenience. Have a great day, and stay indoors! Fire is not good for your skin because it burns, especially when Kellen Moore is raining balls of it down on your head.

Kellen Moore was 26-for-30 for 338 yards and four TDs. Assume the four missed passes were one to hit the Rams' mascot in the head intentionally, one thrown to his wife in the stands as a souvenir, and two balls thrown off both goalposts just to show he could hit them clean from the 25 yard line, and also because he likes the clunking noise it makes when the ball hits them. 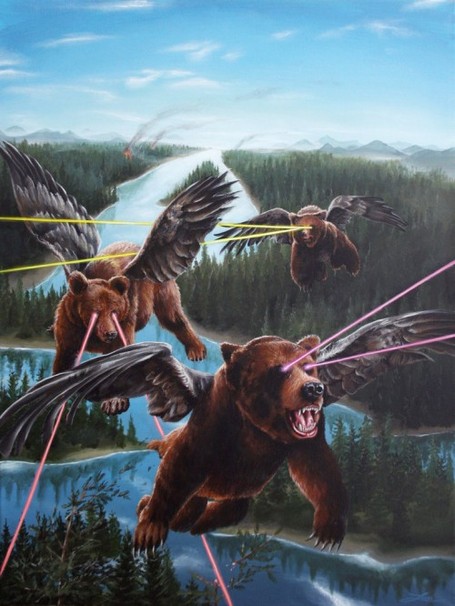 5. OREGON. When you put your backup in after what appeared to be a bad injury to your QB, and you continue pulling away like a finely tuned racing machine outpacing a winded donkey, you are a very complete and deep football team. DeAnthony Thomas may have a Nike-installed nitrous system in his calves, and someone should look into this provided he can be caught for examination. He runs several frames faster than the movie he's starring in, and as a freshman that should scare the living daylights out of the Pac-12.  (Also, Dennis Erickson punted on 4th and 2 deep in Oregon territory late in the 4th, and no matter how good Oregon may be you deserve to be run out of the stadium for that level of football cowardice.) 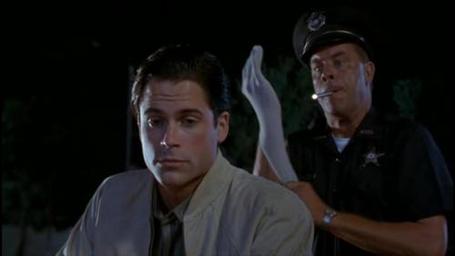 6. STANFORD. Andrew Luck doesn't even like football, and that's the funniest part of all. What he'd really like to be is an architect, a good son, a tender lover, and a doting father to his future children. And, um...he's probably going to be all that no matter what happens in the NFL. Cue NFL scouts rage: "How dare he be so well-rounded! Where's the singleminded, almost brain-damaged focus we demand of our athletes! Why can't he be like Peyton Manning: unable to open doors, write his name in anything but crayon, and unaware that the ocean is more than three feet deep and filled with things that are not talking dolphins?" Do it, Andrew. Do it just to make Todd McShay's head explode on national TV.

2. A delightful flaky whitefish once prevalent in the Northern Atlantic 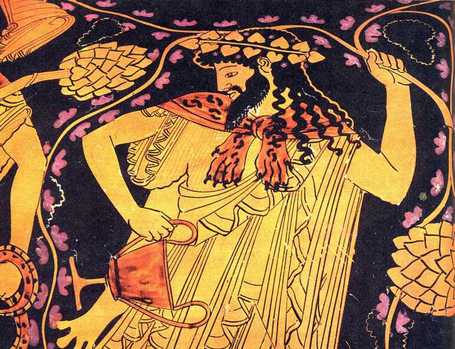 2. Hephaestus. Rode a donkey everywhere. Huge. Used hammers, impervious to fire. Survived being thrown off Mt. Olympus by his mother because she thought he was ugly. Hot, trampy wife.

3. Hermes. Could get stuff for you pretty quickly.

4. Poseidon. Beardy, scary, carried a Trident. Better your friend than not, you know?

5. Zeus. THE BIG MAN. Ditto on the "don't wanna hang out, but definitely don't wanna NOT be on the guest list, you know?" factor for him, too. Downside: may turn into an animal and rape you, because he did that like, all the time.

6. Athena. The only sensible one in the group, and therefore no fun.

7.  Artemis. Crazy-ass woman with a crossbow=Greek Goddess most likely to wear RealTree camo and spill their dip cup on your rug. Downside: probably a psychotic Alabama fan, too.

10. Aphrodite. Variable. If married, she is #10. If you are single, put her at 1, but don't give your heart. THAT GODDESS IS POISON. (Also: she's married to Hephaestus, and hammers hurt, son.)

11. Demeter. Goddess of grain? Oh, someone's all smug about the USDA's recommendations for a proper diet, aren't we?

13. Hestia. Just keep a fire going. Kind of the divine Duraflame log of goddesses with personality to match. 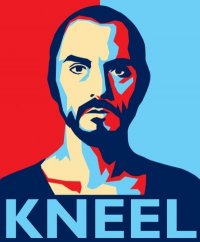