Lean times call for hard decisions, and Spencer Hall is here to help you form college football allegiances that will last for exactly one day.

It is a somewhat reduced menu this week, but The Rootability Index believes those weeks are more important than others because of the scarcity of games. Pulling for one team arbitrarily over another in a marquee matchup is easier than attempting to sort out an emotional favorite in a game like Mizzou-Kansas State, sure. But you're an American, and easy has never been your thing. You gain hundreds of pounds over a lifetime only to enjoy the challenge of losing them. You buy expensive and unnecessary things just to make the money to afford them.

We live dumb so that we may live brlliantly, my fellow Americans. Don't stop now, and throw yourself headfirst into the fire and care about games that ultimately may turn out to be some of this year's least rewarding investments of your time and money.

Boise State at Fresno State. Fresno has lost three in a row to Boise, Kellen Moore is in God Mode right now, and the Boise State defensive line as far as we can tell is 35 people deep and fed a diet of cayenne pepper nasal spray and whole buffalo shanks. That fun thing you do where you pull for David, because Goliath just isn't your style? Don't do that. It only makes Goliath mad, and a compact-sized Goliath like Boise likes nothing better than laying waste to occasionally sassy would-be Goliaths like Fresno State. Rod Gilmore will try to sell you on this being a possible upset in the first ten minutes of the broadcast. THIS MAN IS A LIAR DO NOT TRUST HIM.

Oklahoma at Texas. This is asking you to choose between Duke Steerbritches and the Earl of Switzerville, true. These two football aristocrats deserve no sympathies form the masses, both flush with cash, talent, and the ongoing support of men with more money than Based God riding around the plains admiring their oil derricks and car dealerships. To pull for one over the other fairly, you must consider the perpetual tiebreaker, the mascot.

For Oklahoma, this is the Sooner Schooner. Their mascot is a wagon, and by slippery slope arguments this means a 1987 Fiero is in the running to be the official car of the UCF Knights. Seeing this in print has really makes sense, actually. A little too much sense.

On the other side is Bevo, a thundering hunk of 100% American beef on the hoof. Bevo can be eaten, and can make other Bevos for us to eat, while the Sooner Schooner will just need new tires and paint jobs. If food wins out, I am sorry, but this is what happens when you write while hungry for lunch.

Iowa at Penn State. Tonight's UFC match will feature a striker who has recently lost both arms, Penn State, versus an experienced grappler and Brazilian jiu-jitsu master who lost both legs in a horrific elevator accident. What I am trying to tell you is that neither team can take advantage of the other's complimentary weakness, and that Penn State offense may be so toothless at this point that the gummy gelatin of Iowa's defense may prove to be too much of a challenge.

Don't bring that "Oh, JoePa is so old and adorable" business around here, either. Kirk Ferentz is old in his own unique way. He may have taken over at Iowa in 1999, but it feels like centuries have gone by while he's had the job. (Playing Kirk Ferentz football helps elongate time. It's the Solaris of football styles.)

Miami at Virginia Tech. Al Golden looks like one of two things. The first: an overgrown and angry high school debate challenger storming out of a forensics competition. The second: an earnest, hardworking college football coach who makes a little extra change managing an airport rental car center in Miami. Either way the general effect is sweaty and exasperated, a good way to describe the entire Miami football program right now since they are last in passing offense in the ACC, at the bottom of the conference against the run, and still under NCAA investigation.

Meanwhile, Virginia Tech has something in this black lunchpail they tote around. Let's look and see what's inside it! 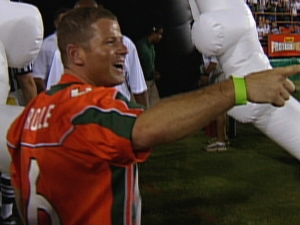 Mizzou at Kansas State.  Kansas State is Sly Codger Football 101. They run the hide off the ball in the pass-freaky Big 12, they play defense, they play at a pace that would bore glaciers, and they all tuck their undershirts into their white, well-starched underwear. That last part may not be known, but it is most certainly true.

Gadzooks! They even huddle:

"Who even huddles anymore?" Tigers defensive end Jacquies Smith asked, adding, "They play like their coach."

Yes they do, and while Gary Pinkel hates old people and is most certainly about to win this game just to get the AARP to put him on their enemies list, it shouldn't stop you from rooting for Bill Snyder's Old Man vibes. If Snyder disappears in the third quarter, it is not because he is feeling ill, but because he has a Starbucks' receipt good for a free beverage after 4:00 p.m., and no one knows a deal like someone who survived the recession of aught-five.

Florida at LSU.  I can't be objective about this one, so join me in this singular argument for hoping against hope, embracing the underdog in this fight, and somehow convincing yourself that Tyrann Mathieu won't devour freshman qb Jeff Driskel in the first thirty seconds of this game. That argument? Only this:

It may be right, but do you want to let ESPN write the future, a hellscape devoid of any upsets with Red Sox, Yankees, USC, and Lakers championships from here until time's very end? No, you do not, and that is why you hope Florida at least makes it interesting versus a team that has to this date seemed as invincible as Chris Berman thrown into a trough of riblets and freshly divorced women in their 30s in an Orlando nightspot. (Orlando nightspot = "Applebees.") 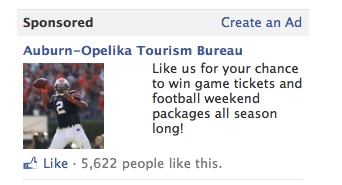 If you can't make it to the game but can still make it to Opelika, just be advised: Cam Newton is not in fact in the area, and will not be wearing his old Auburn uniform just chucking footballs at stuff randomly. Nor will you be able to watch him play a football game in the area unless Auburn ponies up the money for him in free agency, and because Auburn is a college football team, this would be impossible because they do NOT pay players. That is not a joke. Please refrain from injecting your skullduggerous slander into our clean assertions of fact.

Ohio State at Nebraska. This is an advance copy of Jim Bollman's game plan for the Ohio State offense this week. 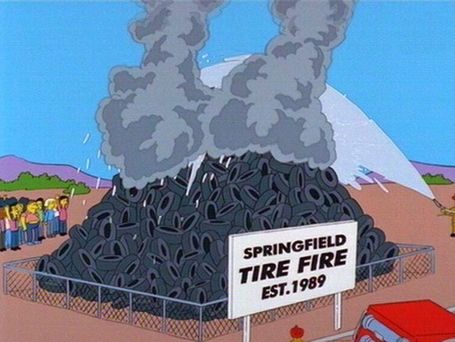 Don't watch this game. Iowa/Penn State will at least have a kind of comedy to it, but this...this will turn your television into a vessel for unleashing the horrible inner workings of football charnel house. Horrible.