The field for the 2011 FCS playoffs bracket has been released, with Sam Houston State taking the overall No. 1 seed.

The 2011 FCS playoff bracket was unveiled at 10 am ET Your top seeds: Sam Houston State, North Dakota State, Georgia Southern, Montana, and Northern Iowa. Without Eastern Washington around, the country is guaranteed a new champion at college football's highest tournament.

The playoffs are scheduled to begin on Nov. 26, with quarterfinals on Dec. 9 and 10, semis the following week, and the final at 1 pm ET on Jan. 7 in Frisco, Texas.

The CAA led the way with five of the 20 teams selected, followed by the SoCon's two. Here's the 2011 FCS bracket, complete with game times and TV schedules, along with a printable version. 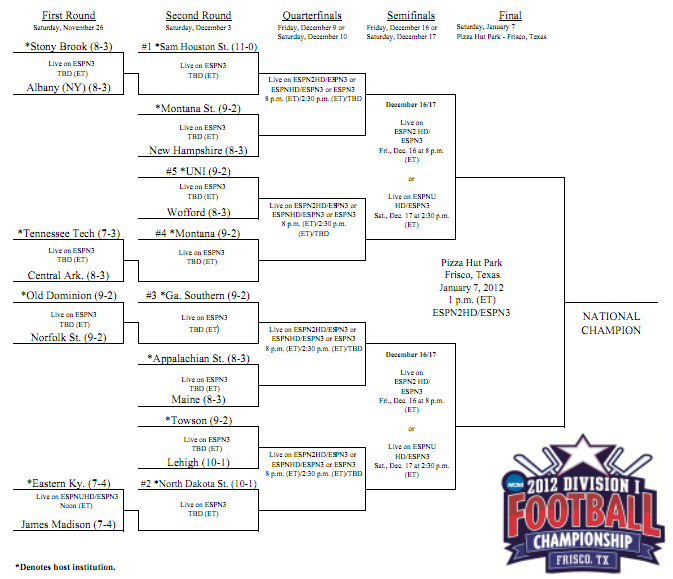 Among the bubble teams to fail to make the cut: Illinois State, No. 16 Liberty, 9-2 Jackson State, and No. 17 Delaware, which had two wins against tourney teams. All had arguments, but it's a crowded field this year.