You probably don't want to watch the Mississippi St. Bulldogs play the Mississippi Rebels. If you want to keep up, the best idea might be to follow along on Twitter. If only there were an easy way to organize the thoughts of various sports fans into HEY LOOK (pic via Ben Waits): 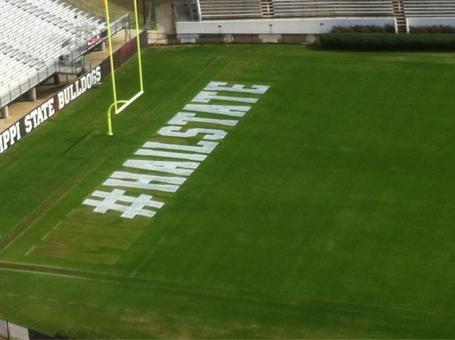 Is that going to stay around through Saturday? Because that would be fun!

The best part about this: they're not going with the program's official Twitter account. They're going with a hashtag, which absolutely anybody can contribute to. If Ole Miss (BEAR WITH ME HERE) is winning after the second half, that entire tag is going to be nothing but gloating Rebels fans, who will have just turned on their TVs after stepping in from an important party.