It's College Football Coaching Carousel Season, Or A Story About Tracking Mike Leach

Share All sharing options for: It's College Football Coaching Carousel Season, Or A Story About Tracking Mike Leach

Mike Leach did not fly into Lawrence, Kansas on Sunday. Turner Gill was fired as head coach of the Kansas Jayhawks, but Leach did not descend from the heavens, or Key West, shortly thereafter. The Leach signal was not put up and he certainly did not perk up as if there was a disturbance in the force, as far as we know.

But something funny did happen in Lawrence late Sunday night. Because the local reporters probably did what pretty much every crazed fan following a team's coaching search does, some unsuspecting family ran into a swarm of cameras at the airport. In all likelihood those who showed up to the airport checked FlightAware.

This is what the airport looked like as a small group gathered to see Leach. 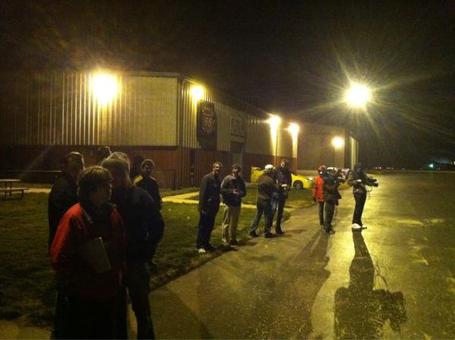 So what happened during the suspense-filled moments after the plane landed, when the occupants revealed themselves?

Instead of Leach, we greeted a family of five who had a very unnewsworthy trip to Key West. #kufball

The non-Mike Leach family was delightful & got a kick out of the situation! Said, "We know who you thought it was." Great time! #kufball

Welcome to college football's silly season, where Mike Leach is the prize, stakeouts are the norm and FlightAware is a fan's best friend.