The day's first upset is in the books, with the Iowa Hawkeyes taking down the Michigan Wolverines, 24-16. Three close calls in the final two minutes helped prevent Michigan from scoring six of the eight they needed. One was ruled correctly: a Vincent Smith touchdown run was called back after it was clear his elbow struck dirt as he tumbled over a Hawks defender (photo via @cjzero): 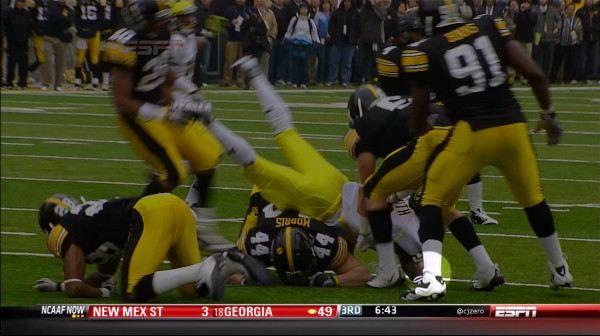 Whether that's a Junior Hemingway touchdown or not is kind of hard to say, but our news room was unanimous in raising our arms. Then again, we have multiple Michigan fans.

This one, though, was pretty clear. Here we have pass interference on Roy Roundtree. It wasn't called, and the game ended (photo by @NicolasLeRoi): 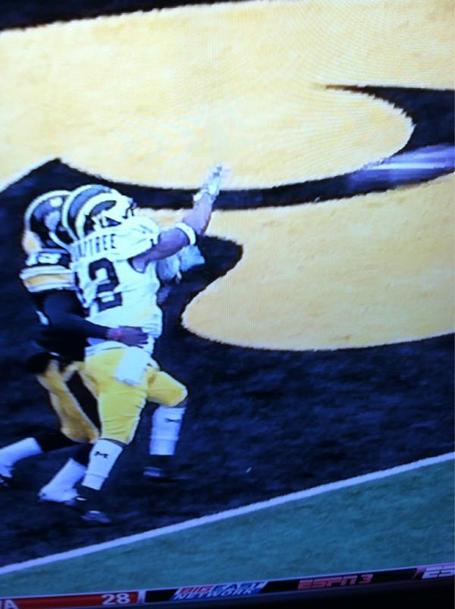