Todd Graham bolted out the door and hopped a plane to Arizona State on Wednesday morning, leaving players and fans at Pitt jilted. Just one season after he took the Pitt job, Graham got a case of the wandering eyes and accepted the head coaching position with the Sun Devils in a move that seemed to come out of left field, making for an interesting morning.

It's days like these that social media is a bless. Throughout the day, Pitt players have taken to Twitter to unload on Graham, beginning when they first found out about the move in the morning and continuing for hours since. Devin Street has probably been the most prolific of the bunch, unleashing an hours-long rant that rolled on through the evening and night.

After the jump, a few of the highlights from his timeline.

He always said most people quit before they achieve something great .... #fraud

Arizona filled with some liars dog

Anyone got Coach Tressel. Number ?

And this is where you know Graham's move hit 'em hard. Step away from the Tressel phone.

I feel like dirt and I was just abused. For a year

You reap what you sew

That's what happens when you talk to much

He's the one who made us look average I ran 3 different routes !

Anger turns to sadness and a profession of loyalty, before turning back to anger again.

Just to let yall know he just told us he's here to stay when Coach McGee left .. Said him and his coaches have 5 year contracts

I'm literally sick.. That man pulled me in his office one on one and lied to me

No matter what I love my family my teammates, Coach LaSalle, Coach Junk people who've been here !

I'm gonna play for these seniors and the Pitt family.. Staying strong for my BROTHERS !

Hey people who think I'm leaving ! I'm not going no where I'm not no quitter !

I never said nothing bad about Coach Wanny .. I love that guy .. Great guy !

And back to the show.

He's an actor he did it to rice then us now he's gonna do it to ASU... That energy is fake he has them fooled

High Octane ! His plan was running on fumes

Be careful of those car salesman's out there

Ask our ex coach ! Little man graham @ochocinco: Any of you so used to hearing lies that the truth doesn't even seem real anymore?

Wait a minute ... that needs to be a hashtag.

Ok, this is just funny.

He cuts his own hair ... This look familiar ? 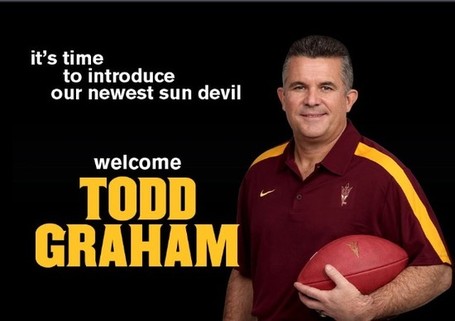 And, finally, he goes for the jugular during Graham's press conference.

The mans had three wives come on now .. Why do people believe with this man says ? He shouldn't even be aloud to coach

Street is still going, some six hours after he started. And I can't blame him, either. The Pitt players have been taken for a ride and are left helpless, and without a coach, in the end.