The Independence Bowl trophy will be awarded Monday following the match-up between Missouri and North Carolina. Disaster has struck, however, as the trophy's glass vase has been broken. And it seems as though Missouri's mascot, Truman the Tiger, is the party at fault.

Asked Truman if he broke the trophy. He nodded. Asked him what happened. Threw his paws in the air, then covered his eyes to mimic sobbing

A photo of the broken trophy is after the jump, as is a wretched assortment of relevant puns that you will hate. 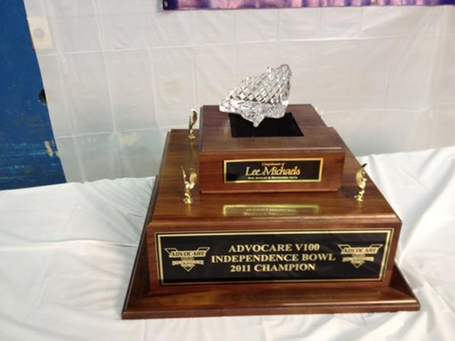 The Hurry Up, Dec. 26: College Football Headlines For Monday