The University of Tennessee has a new conditioning program this year, and this is always an important development in college programs because it involves new and innovative methods of making talented young athletes lose their breakfast on the practice field. This can sometimes involve some very silly looking things, including getting players to do the groundskeeping crew's work for them. There is video of these silly things after the jump. 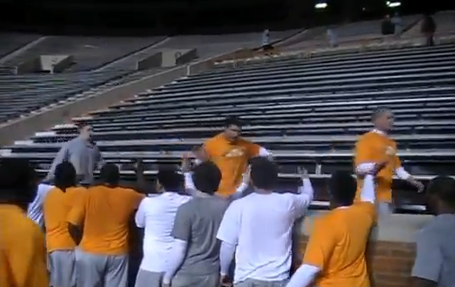 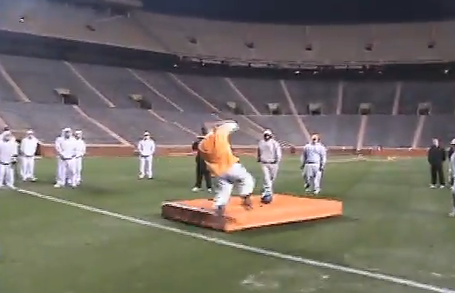 After watching this video, I just think Tennessee's trainer really hates medicine balls, or told Volunteer football players that medicine balls were filled with dollar bills. This whole drill involves jumping on them after running a course of obstacles and carrying things. This is probably supposed to motivate them, but I bet it depresses them when they tear open the medicine balls and find nothing but lead and sad cotton stuffing inside them. Also, a football is not shaped like a medicine ball, so when they pounce on it on the field and it squirts away, they're like "Aw, fiddlesticks."

This isn't assuming football players are very smart, and that's not a bad assumption. 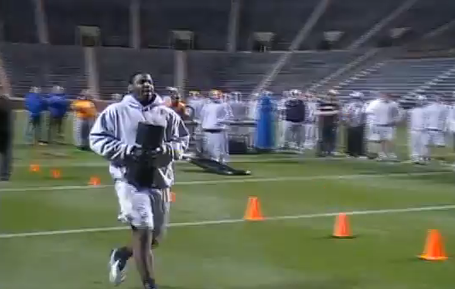 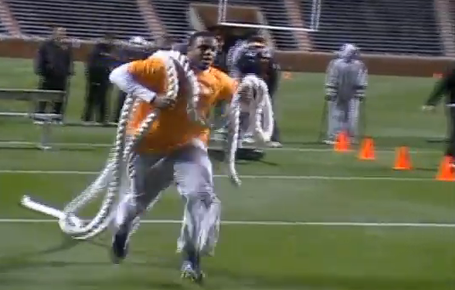 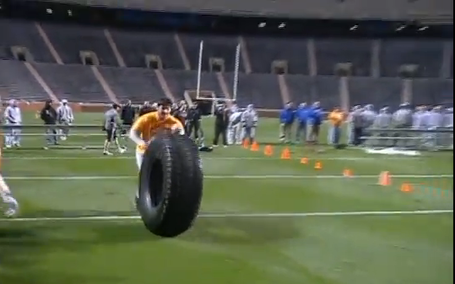 During the course of this video the Tennessee players move a lot of weights and ropes and tires around, and it's hard to not think this is just the coach coming up with an elaborate plan to clean up the place in the form of a game. It's like the "Cleanup Time" song they play in preschools. This isn't a song. This is a chore in disguise. I see through you, Tennessee trainer Ron McKeefery. That "Extreme Speed Mopping" drill? That's BS, too, and you know it. 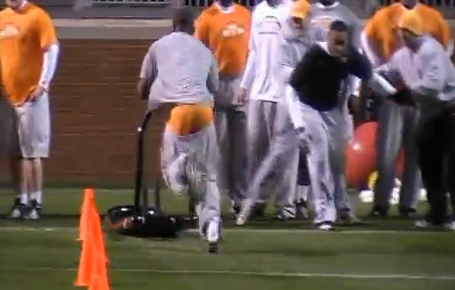 There's a lot of ways to come together as a team, but nothing promotes unity like everyone tattooing their buttocks with the team's colors. 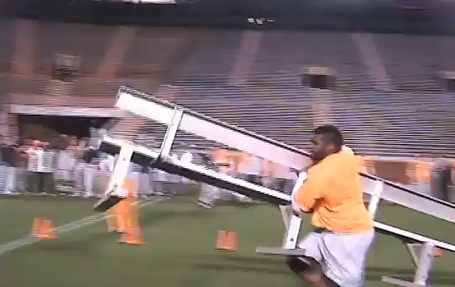 Okay, now the coach is just making you do the work the stadium maintenance crew is supposed to do. It is an innovative cost-cutting measure, though, and we salute the budgetary ingenuity. Be careful during the "Eagle's Nest" drills where you have to replace burned-out lights up in the towers, boys. 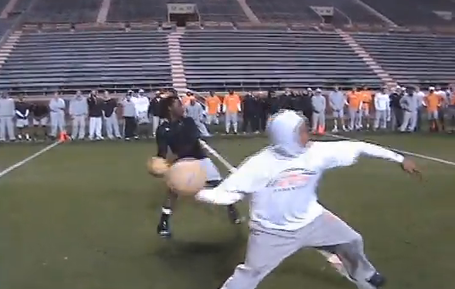