Pop quiz time. Can you tell the difference between these two logos? 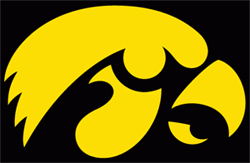 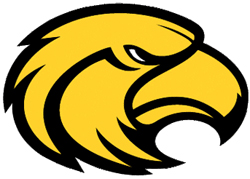 If you said "yes," congratulations -- you're a sentient being. But don't worry if you said "no" -- you still have a future as a U.S. trademark judge. A three-judge panel has ruled that people won't be able to tell the difference between the Iowa logo -- the first one -- and the Southern Miss logo -- the second one.

Now, it would be easy to root against Southern Miss in this case, given the fact that the college's administration used arguments like this:

By contrast, Southern Miss argues that its new eagle head is more complex, having the "fierce eyed gaze of independence" and the "black peak of the beak" to create a "symbol of courage and power, reminiscent of Roman soldiers ... going into battle [with] a crimson banner with a golden eagle emblazoned on the banner."

Somebody's been watching too much HGTV.

But the case is also indicative of the lunacy that takes hold in intellectual property law when college athletics are involved. Government officials ruled against the University of South Carolina in a similar case involving Southern Cal, even though the similarities between the two logos essentially ended at the fact that both teams' baseball caps included an "S" and a "C."

One of the most entertaining parts of college sports is the clash over who owns a certain name or logo -- UT means something quite different in Tennessee than in Texas, and Carolina means something quite different in Charleston than in Charlotte. (Yes, South Carolina has a naming fight with almost everyone.) And then there's the whole Miami thing. Fans who actually care about the teams know the difference and realize who's being talked about or whose logo is being used where.

Then again, someone has to protect the bandwagon fans. Ain't that right, Leo?