As the SEC gets ready to introduce Texas A&M into the fold, they're also updating their pinwheel logo to include the Aggies.

The school names appear in alphabetical order clockwise around the wheel. Don't think the folks at Vanderbilt haven't noticed that they're now at midnight on this Doomsday clock.

Still no West Virginia or Missouri on the wheel. And considering the painstaking minutes and minutes that it took to update the logo, I can't imagine they'll have the budget to commission a version with 14 schools on it now.

See the new logo after the jump... 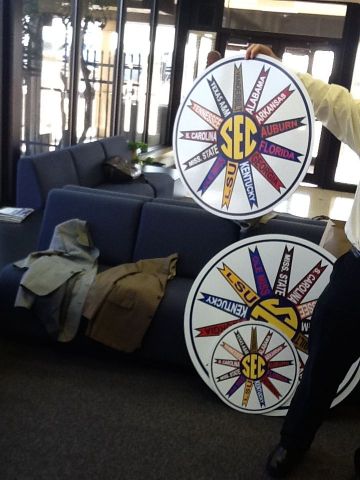