Alabama dominated LSU on Monday, winning the Crimson Tide a 14th National Championship in a game that was... Well, it was certainly something. Not necessarily something we want to remember. But still something!

Share All sharing options for: Alabama Wins The National Title

"F**k Nick Saban. Great football coach, sure, but he's a bad person. He's going to UT anyways. Everybody knows. Hope they can change the face on that statue!"

This was a female LSU fan smoking a cigarette outside the Superdome, talking about Nick Saban. This is what defeat sounds like. It was halftime at the National Championship in New Orleans, as we all stood there trying to make sense of an ugly, lifeless first half. It didn't get any better after that.

But you know this.

You know this because you watched, which means we can agree that some games just aren't worth talking about once they're done. History happened Monday night, and now it's over, and sometimes it's best to just move on. We could relive this year's national championship game in all its gory detail, or we could simply do this:

On that note, congratulations to the Alabama Crimson Tide! 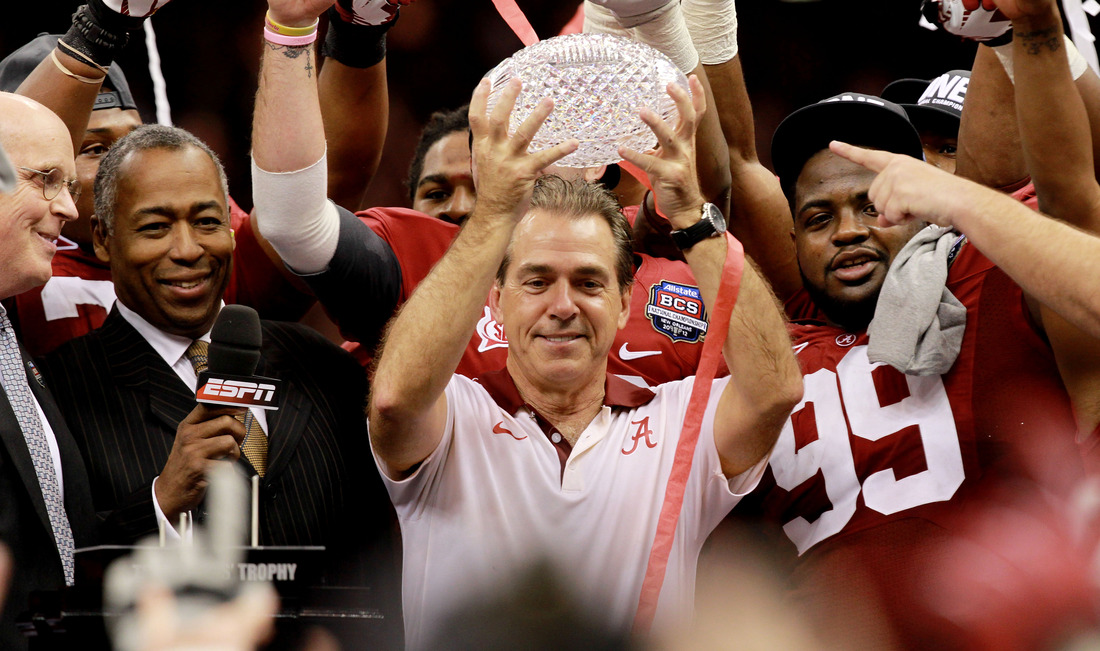 In all seriousness, it's hard to imagine anyone walking from that game satisfied, unless that person is a diehard Alabama fan. I'm biased in the other direction, of course; I spent the weekend with LSU fans in New Orleans, and the duration of Monday's game with LSU fans in the Superdome, so it was doubly excruciating in person -- watching a football team suffocate, surrounded by fans who live and die with the team that's dying.

Toward the end, a fan behind me began shouting at Trent Richardson. "Fumble it, Trent! Fumble it!" It's never a good sign when you've been reduced to rooting for the other team to fumble.

But that's how it went Monday. Rather than a quick, painless kill shot from a clearly superior Bama team, what happened in New Orleans was more like watching LSU and its fans have their heart slowly carved out, one little incision at a time, as they all alternated between faith and fatalism. You could tell it wasn't LSU's night as early as the first quarter; that they had a chance as late as the fourth just prolonged the misery.

You can spend hours explaining what went wrong, mostly because everything went wrong. LSU was one of the greatest regular season football teams we've seen in years, but come Monday night, Jarrett Lee gradually became their only hope, but he never arrived. And that's maybe the saddest sentence in the history of great teams in any sport. It was just a horrible night all around for the Tigers.

Bama did play great though. Completely dominant from start to finish. Even if it seems joyless sometimes, they've got one of the most spectacular defenses college football's seen in a long time. and for all of LSU's ineptitude on offense vs. a great defense, we should probably remember to credit A.J. McCarron for being the complete opposite of Jordan Jefferson against an equally-great LSU defense.

Between McCarron on Monday, Trent Richardson all year, and their entire defense, Alabama deserved to be called the best team in the country this year. Plus, as much fun as it was hanging out with LSU fans for the past 72 hours, and as much as I would have loved to see their fans and Les Miles get another title, it's hard not to be excited thinking about what kinda night this guy had in New Orleans on Monday. 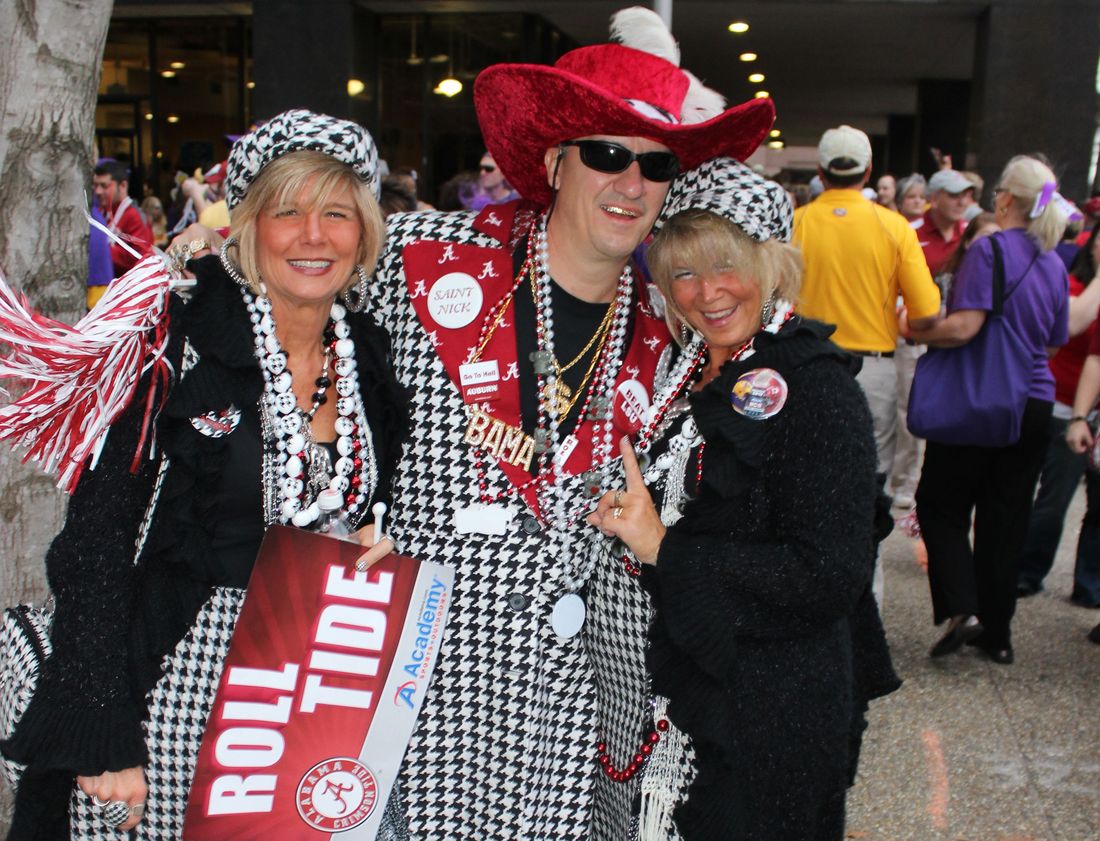 Now let's all move on.