The new year's bowl series has delivered a run of near-classics, along with a dud or two. Catch up on Football as Films parts one, two and three.

TICKETCITY BOWL: HOUSTON 30, PENN STATE 14. Closest to a dark global snuff film like Melancholia. Lars Von Trier movies always end with a dead woman, so change the standard plot a bit on this one. Instead of just one dead woman on the floor at the end of the film, Von Trier kills THE WHOLE WORLD, and in the end seems pretty dispassionate about it.

If none of this makes any sense to you, we will explain. Penn State lost this game in the first quarter when Houston riddled the Nittany Lions' defense full of holes, and then thought they might survive once Houston's offense stagnated, and then hope disappeared altogether as the Cougars piled up points, possessions, and punts to Penn State's bloodless offense. (We were going to say anemic, but anemic means "living, but iron-deficient." Penn State's offense is dead, and has been for quite some time.) Penn State is blown up. Then, there is silence.

In any other circumstance, this would be a sad ending. It is more relief for all concerned in this case: for the viewer, for the team, and for anyone who knows the plot of Penn State's 2011 season to this point. A movie where the entire world dies does not get many repeat viewings. Neither will this game, even if Houston got what was on paper the biggest win in the program's recent history.

Rating: One star. The movie was over before it really ever began.

OUTBACK BOWL: MICHIGAN STATE 33, GEORGIA 30. The Lord of the Rings: Return of the King.

Mark Richt looked at the hobbit. "Now, don't be afraid. Even the smallest person can make a difference in the course of history."

The kicker looked surprised, his tiny hands opening in a question. "How?"

Richt smiled. "Oh like this. Aaron, don't kill Sauron. Let the kicker do it."

He missed. Sauron laughed, and was like, "No, bro, this is too funny take another shot." Then, the tiny kicker missed again, and Sauron took over the world, but not before asking the wizard Richt, "Why on earth did you let your kicker decide the game? This is college. They're not very good at this level."

And then everyone cried.

Rating: Four stars. A classic and epic tale of heroism, and the lack thereof seriously Mark Richt you knelt on second down to kick on third you deserve nothing good day sir, good day to you.

CAPITOL ONE BOWL: SOUTH CAROLINA 30, NEBRASKA 13. Julie and Julia. Please, if you don't immediately see the similarities, bear with me. One half of this this game was about Meryl Streep playing against type--tall, oafish, uncomfortable and funnier than you expect--and showing you a character who, like Steve Spurrier, succeeded in a situation no one else has. (Child as the first famous female celebrity gourmand/author, and Spurrier as a consistently successful coach at the coach-killing hole of the South Carolina job.)

The other half is about a frustrated, often angry and irrational character who seems to swing and miss no matter how hard she follows the recipe. The Nebraska fan base plays the perpetually understanding husband. The viewer, after watching this unfold, really wishes they could have just kept the South Carolina part, and not watched so much of the Nebraska bit.

Rating: Two stars. Half a good movie is still half a movie.

TAXSLAYER.COM GATOR BOWL: FLORIDA 24, OHIO STATE 17. The Makita Power Drill 113B instructional video. Or one of those instructional or public service ads that, in the time before Netflix and other things that made evil things like Blockbuster happily unnecessary, you could rent for free from Blockbuster. You rented it because, "Oh ho ho won't the clumsy acting and stilted dialogue about power drills be entertaining." They never were, but on a really broke night with very little to do, the Makita Power Drill instructional video was worth a shot because the time you put into it and the video itself were of equal value: completely worthless.

Sadly, this game felt more like poorly done procedure for all concerned, and aside from one electrifying Andre Debose touchdown return, it was mostly stupid penalties committed by both sides. (Congratulations to Ohio State offensive lineman J.B. Shugarts, whose career tally of false starts ended in this game at somewhere around 25.)

If it were like this video, we would all have kinder words for you, Gator Bowl.

Unfortunately for the viewer, it was not.

ROSE BOWL: OREGON 45, WISCONSIN 38. Crouching Tiger, Hidden Dragon. When one plays Oregon, one engages more in a battle of the minds, not of the body. Okay, that is not completely accurate. The body is plenty involved, but in watching physical freaks like the bullish Montee Ball and quicksilver De'Anthony Thomas trade blows for four quarters, the pyrotechnics of a well-done kung fu epic do come to mind, especially if we are talking about something with the lush visuals of the Rose Bowl. If Ang Lee were ever to direct a football movie, there is no doubt it would end at the Rose Bowl, and be so beautiful it would make you cry.

And as for the winner? The team that actually has a style of kung fu named after them, of course. 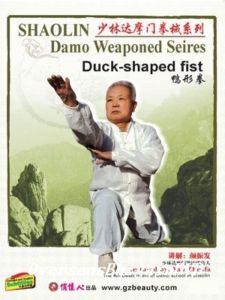 Rating: Three and a half stars. A bit too much punching, but given the genre the teams excel in, what did you expect?

FIESTA BOWL: OKLAHOMA STATE 41, STANFORD 38. The 40 Year Old Virgin. Not an exact fit, sure, but if first year head coach David Shaw's fumbling at the levers for what to do in endgame situations isn't some kind of parallel to the frustrations of a man who has never known the joys of sex, nothing is. With Andrew Luck under center and the game on the line, Shaw twice relied on a freshman kicker to win the game. I'm sorry, there are so many different sentences that could go here.

The point for Shaw is: know your tools, Batman. Some are way better for certain situations than others. Take Justin Blackmon, for instance. What can he do? Anything. When can he do it? Probably against your team, eventually, and for large numbers.

Rating: Three stars. Again, not a universal classic, but probably a DVD purchase for most neutral viewers.

SUGAR BOWL: MICHIGAN 23, VIRGINIA TECH 20. The Bad News Bears. I didn't want to go there, but here we are with a story so cliched it really does leap straight from the pages of a script which was derivative when it was ripped off from the guy who ripped off the guy who ripped off the guy. With zero offensive production, and badly outmanned by the defense, Michigan pulled off the role of the underdog so convincingly they barely needed the assistance of the "Daffy Pac-12 officials." (Another cliche, but an accurate one.) Would the curmudgeonly opposing coach rely on his kicker, albeit a third stringer who hadn't missed all night? Would the defense and its crew of former losers and walk-ons hold together? Would the slovenly journeyman coach watch the winning kick pop through the wickets, and refute the skepticism of his doubters? Most importantly, would a fat guy be asked to catch a tipped pass at one point in the game?

So glad I quit the band for football, man.

The answer to all of these is yes, and only the hardest of hearts could deny this well-executed-if-completely-predictable underdog story. Now Michigan will suffer the fate of all underdogs: the life of the new overdog.

Rating: Three and a half stars.

ORANGE BOWL: WEST VIRGINIA 70, CLEMSON 33. The Protector. Just Tony Jaa as the West Virginia Mountaineers, and the unbroken-but-doomed arms of the world as the Clemson Tigers.

Good if you like watching Tony Jaa break arms for an hour and a half in between scenes of him cavorting with baby elephants, and not if you don't.