Thanks to Nike, Tigers football was completely tricked out, featuring uniforms in 24 possible varieties, according to the athletics department website. Here are some tasty previews (via the Tigers' Twitter): 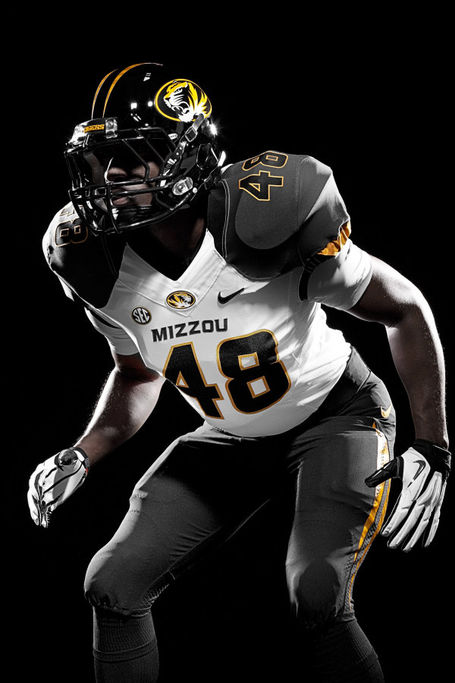 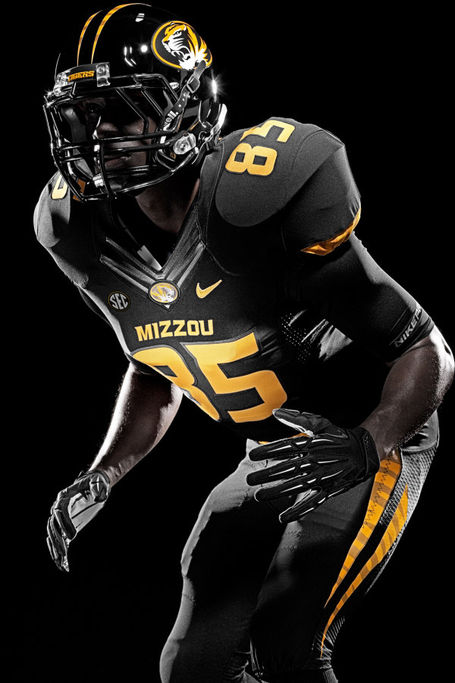 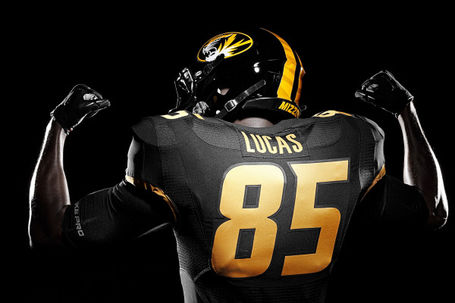 The home blacks, from the back. And finally, the gold alternates. 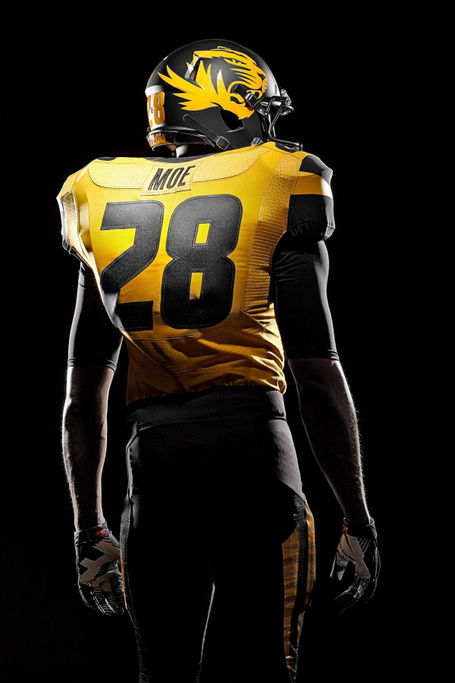 The uniforms were all revealed at a sort of fashion show during halftime of the Black & Gold Spring Game. An explanation of the designs, from the team's release:

While each uniform delivers optimal lightweight performance and protection, Nike worked closely with the athletic department staff to bring relevant elements of the school's rich heritage into a distinguished, modern uniform design. Each uniform now incorporates consistent use of colors, logos, lettering and numbering.

For reaction and updates on Missouri sports, be sure to visit Rock M Nation.