Share All sharing options for: NCAA 13's Heisman Trailer May Cause Riots 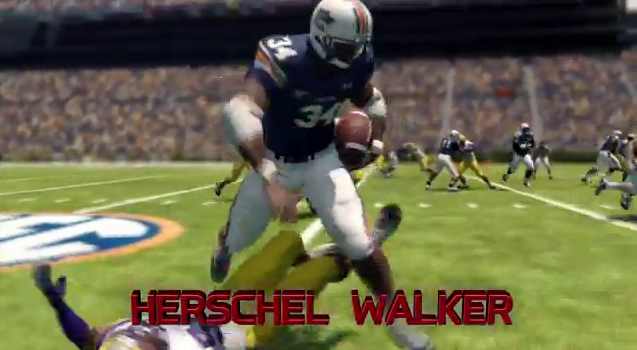 EA Sports' NCAA Football 13 has a new feature that allows you to plunk certain Heisman Trophy winners onto your dynasty team, meaning you can reunite Barry Sanders with former quarterback Mike Gundy on Oklahoma State's 2012 roster! Or bring Robert Griffin III back for another year at Baylor!

Or do some entirely unholy things like Herschel Walker at Auburn, as seen above, or Desmond Howard at Ohio State, which is among the many rivalry-crossing horrors contained below: