* Totally not leaked, of course. But the new Friday Night Lights movie is believed to feature a plot sort of based on the tale of Mike Leach and Craig James, so here's our best guess. Follow @SBNationCFB

A new Friday Night Lights movie is coming, with show creator Peter Berg recently confirming the story of Mike Leach and Craig James may have something to do with the plot. While Leach's own version of events might be pretty much this, it's important to have a trained screenplay professional handle fleshing out all of the fiction.

Onward to the obtained fake document.

COACH: Awright men, now you listen to me when I'm talkin' to you, you hear me? We're gonna be installin' a new offense again this season. I know I didn't want to run the spread until the middle of that one season, when we switched over from a pro-style scheme on like a Thursday, and that was hard on some of you, but we've got three whole days to get this new one put in. I drew it up on some napkins at a coffee shop.
SMASH WILLIAMS: Will LUKE CAFFERTY and I still get carries?
COACH: No. Pretty much never. We're just goin' to stop runnin' the ball. You listen to me. We're never goin' to run the ball at all, ever, so you two should take those scholarship offers from Texas School University and University of Texas-Texas right now.
CONVERTED BASKETBALL PLAYER: Should I get the rest of the basketball team to become wide receivers overnight like me?
COACH: We're gonna need a lot of receivers. Now you listen to me. Yes.

LANDRY drives a van. TYRA sits in the passenger seat.

DILLON FOOTBALL PLAYERS are doing practice drills. The team has like 29 receivers. Nobody's playing a squirt of defense. J.D. McCOY, one of the nine quarterbacks, hands the ball off instead of throwing it.

COACH: McCoy! What the hell are you doin'! Now you listen to me!
J.D.: My daddy bought me a Ford F-650.
COACH: Get off my ballfield. Go read some books on interesting topics like Korean War air superiority and the British Wreck Commissioner's inquiry into the sinking of the Titanic.
J.D.: I can't drive it yet, but my daddy bought me it and some stink bombs and jeans too. My first name is probably James, in case you can't tell who I'm supposed to be.

LANDRY and TYRA stop for gasoline. LANDRY goes to pay inside. LANDRY knocks on door.

BUDDY GARRITY: We really ought to give the McCOY kid a chance. The trucks his daddy buys just keep getting more and more expensive.
COACH: For the last time, we're either startin' MATT SARACEN or VINCE HOWARD. They've both been practicin' four verts over and over and over and over and over and over, and HOWARD's a good kid, but he can fly, and I don't like that. HOWARD can literally fly. He found a blue asteroid in the woods and he knows how to fly through the air now. We don't fly at Dillon.
BUDDY GARRITY: That J.D. still could use some walkin'-around money. He might be a Texas Senator some day. I'll probably just straight up give him some money and see if he'll take it.
COACH: You're gonna get this high school program put on the high school death penalty.

McCOY's DAD: COACH! Listen, if you start J.D., I'll buy you two trucks and get all your games on TV.
COACH: I been doin' a lot of readin' lately about diverse subjects, such as Siberian whaling and bauxite, everything about bauxite. Somethin' about all the four verts we're runnin'.

More van stuff I guess. Somebody runs past van and knocks on door.

LANDRY: We're almost to Dallas.
TYRA: I have dated as many as six married men who live in Dallas.
LANDRY: [something adorable]

LYLA: Season 2 was the only bad one.

BUDDY GARRITY is thinking about football. Can football have babies? Does football hunger? BILLY RIGGINS knocks on door.

BILLY: I need some money to invest in another crime spree so I can pay for jail.
BUDDY GARRITY: I'll pay you to get J.D. the starting job, deviously. Can football lust?

TAMI: Y'all, I'm in the middle of tryin' to fix dinner for m' husband in a haunted house on AMC after a long day of work, and I do not have time for this, y'all.

J.D.: COACH, I tried to drive my daddy's F-650 and just ran over my own head. Can't practice today.
COACH: SARACEN's startin'. He's better at four verts and he's my last fifth-year high school senior. Go sit somewhere quiet and stop bleedin'.
J.D.: Everyone just keeps giving me money even though another guy at my position is clearly better than me.
COACH: At least Lay's brand snacks listen to me when I'm talkin' to you. Lay's, the family you can taste.

TYRA: I'm either going to cheat on you or become a maternal figure, now that we're in Dallas.
LANDRY: You need anything inside, like a [something adorable] or my eternal love and gratitude?
TYRA: Help, I'm being attacked by some pervert!

COACH, TAMI, JULIE, and GRACIE BELL watch TV by the kitchen while eating cake. SARACEN runs laps in the kitchen. It's like 3 in the freaking morning. McCOY's DAD knocks on door.

McCOY's DAD: COACH, you're being fired for running over my boy's head with his own truck.
COACH: [re-enacts exploding train from Super 8]

Lightning brightens the surrounding green. LANDRY and TYRA look up in horror. 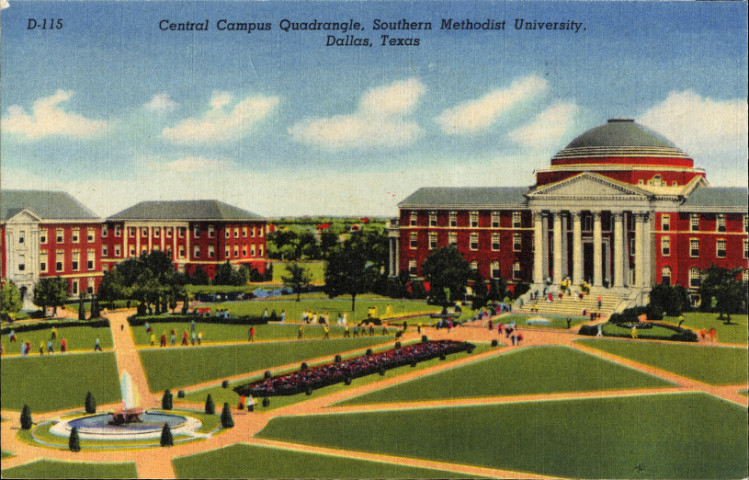