Houston has the top pick, but who will they take?

Finishing at 2-14, the worst record in the league this season, the Houston Texans now officially hold the first pick in the 2014 NFL Draft.

Now it will be time to figure out what player the Texans will target with the top pick. Most believe that the Texans will draft Louisville junior quarterback Teddy Bridgewater, should he enter the draft. 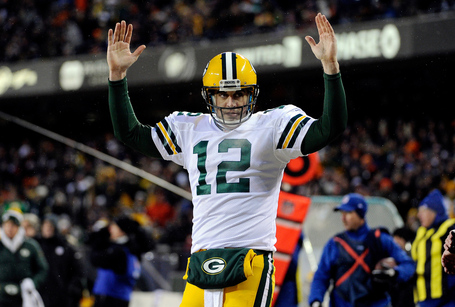 The Packers and Chargers booked their tickets to the postseason with dramatic victories over division rivals Sunday.

The Texans have used both Matt Schaub and Case Keenum at quarterback this season with little effectiveness. Complicating things slightly is Schaub being under contract through 2016.

What Houston does with the top pick could depend on who is hired as the new head coach. The Texans are reportedly negotiating a contract with current Penn State University head coach Bill O'Brien.

The Texans last had the No. 1 pick in 2006, when they selected defensive end Mario Williams. With the top pick in 2002, the Texans drafted quarterback David Carr.

Houston finished this season on a 14-game losing streak.