The overarching storyline the past few weeks has been the wild movement of veteran quarterbacks. That movement is having an effect on the most popular position in the NFL Draft

If nothing else, the number of quarterback moves is an indicator of what teams think of the 2013 NFL Draft quarterback class. It's what we've suspected all along. It's an average group and the top players will have to put in the right scheme to succeed.

But are those schemes available? When Arizona Cardinals head coach Bruce Arians said no quarterbacks in this class made him say "Wow," most thought it was a smoke screen. "The guys that were in the combine last year, all of them when they left the room, you went, 'Wow,'" Arians said at the NFL Annual Meeting in March. "No one in this draft made me go 'Wow.'"

Arians was so unimpressed his Cardinals swung deals for Drew Stanton and Carson Palmer. The Oakland Raiders traded for Matt Flynn. The Kansas City Chiefs traded for Alex Smith. Teams are scrambling to get veteran quarterbacks to avoid the likes of Matt Barkley, Landry Jones and Mike Glennon. It's the exact opposite of 2011 when there was a run of quarterbacks in the first round. After Cam Newton went first overall, Jake Locker, Blaine Gabbert and Christian Ponder all came off the board within the first 12 picks.

There won't be a run on quarterbacks early this year. So when will they get picked? We've had Geno Smith going to the Jacksonville Jaguars second overall for some time. But he's only one quarterback and generally about 12 get drafted every year. Here are some thoughts on where the quarterbacks could land.

At some point the Buffalo Bills will draft a quarterback

To this point, Buffalo has either personally worked out or is scheduled to work out each of the top quarterbacks in the draft. Publicly more so than any other team, the Bills are making their intentions known that they want a quarterback. Which one exactly is the mystery.

There is the obvious Ryan Nassib connection with head coach Doug Marrone, his college coach at Syracuse. WIth Kevin Kolb in the fold, Nassib could get the time needed to sit and learn for a season or two. E.J. Manuel of Florida State fits the bill as a strong-armed passer with upside. His throws could zips through the wind of Ralph Wilson Stadium. The same could be said for Glennon. All three are second-round prospects. If the Bills wait until the third round, someone like Tyler Bray of Tennessee could be looked at as a developmental player. He has a good skill set, but needs to improve on decision making and ball placement. He could do that in NFL practices and film study.

Chip Kelly may want a fit in Philadelphia 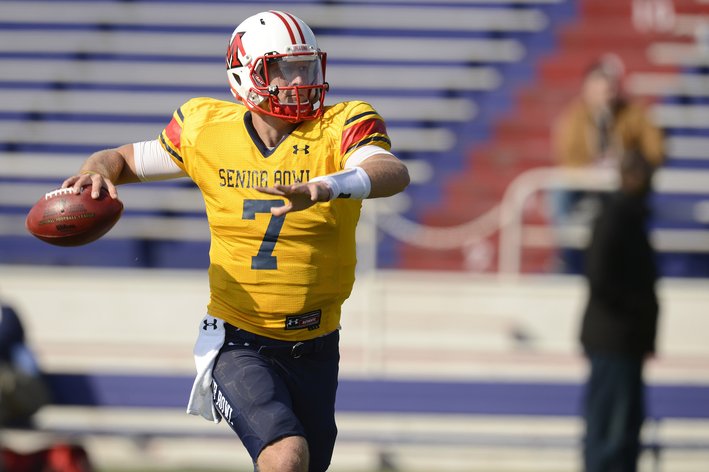 The 2013 NFL Draft lacks star power at the game's most premium position. Mocking the Draft takes a closer look how this year's class stacks up.

Matthew Fairburn takes a look at the underrated quarterbacks in this year's class.

The Eagles have four quarterbacks on the roster – Michael Vick, Nick Foles, Trent Edwards and Dennis Dixon. If Kelly runs his offense like he did at Oregon, Foles and Edwards aren't a good fit. Dixon is on a cheap contract and Vick is in his final year. Although there are few athletic quarterbacks Kelly may prefer this year, he could fall in love with a quarterback and take a chance.

The Browns because, Browns

The Cleveland Browns have yet another new personnel department and coaching staff this season. They didn't draft Brandon Weeden and have no allegiance to the aged second-year quarterback. He was average to poor as a rookie, throwing 17 interceptions and completing just 57.4 percent of his passes. The team signed journeyman Jason Campbell to add competition, but he hasn't been a regular starter since 2010.

Something is afoot in Cleveland. The Browns will work out Smith, Manuel, Nassib and Matt Scott. That's an awful lot for just a smoke screen. In Rob Chudzinski's vertical passing game, Manuel makes the most sense of the four. If he wants to run similar plays he did with Newton in Carolina, Scott could fit.

Did you know Josh Freeman is entering the final year of his rookie contract? He didn't get a fat Mark Sanchez-like deal. After a couple middling seasons, the Buccaneers could go after a signal caller to get ready in case Freeman struggles or wants to leave. Instead of waiting for the draft next year, the Buccaneers could begin the development process this year.

Teams with good quarterbacks can find backups earlier than expected

After Smith, teams might trade back into the first for a quarterback, but that's not guaranteed. Expect quarterbacks to drop this year and teams with good quarterbacks could find backups in the second or third round.

A team like the Atlanta Falcons could go after a quarterback earlier than expected. It has few holes and could develop a quarterback behind Matt Ryan to trade in a couple years. Develop a quarterback well enough and they could flip him for a first- or second-round pick in the future. The Falcons have 11 picks in the draft, so they have ammunition.

The St. Louis Rams could another team in that situation. After Sam Bradford, they only have Austin Davis, an undrafted free agent from last year. The Rams have four picks in the top 80 picks and may gamble one on a quarterback.