The Oklahoma cornerback shredded his knee at the Senior Bowl, but is now moving foward

INDIANAPOLIS - Aaron Colvin had the best opportunity of his life in January and he was taking full advantage of it.

At the Senior Bowl, Colvin was playing better than any cornerback invited, looking like a possible first-round pick.

Then on the second day of practices, he tore his ACL. His draft status was thrown in flux.

The injury happened on the second day of Senior Bowl practices. A receiver was running a dig route and when Colvin planted to go inside, he felt a pop. Initially, Colvin said he thought he'd be fine. But when he went to the trainer's table they told him it was a tear. 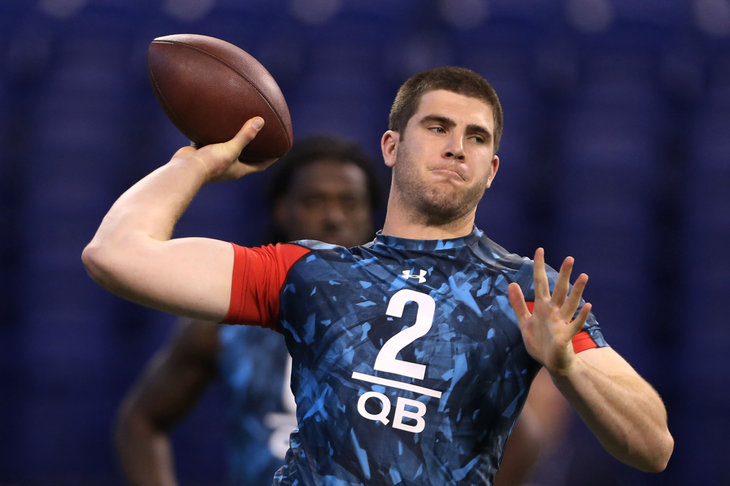 The renowned Dr. James Andrews performed surgery on Colvin three weeks ago and he's already been off crutches for more than a week.

Colvin said the doctors that examined him in Indianapolis have told him he should be healthy by training camp or the preseason. If he's not ready, he could be a candidate to sit the season out to rehab. The San Francisco 49ers did that last season with draft picks Tank Carradine and Marcus Lattimore.

"That's a great move by the 49ers to just give a guy like Marcus Lattimore a chance," Colvin said. "Any team that does that, it's a blessing for the player. It gives me great confidence as well that they'll do that for. Whatever happens, happens but regardless when I come back, I'll be ready."

Despite a devastating injury, Colvin said he still feels great about going to the Senior Bowl. He would even recommend it to his former Oklahoma teammates.

"I wanted to go there and prove to people I was a first-round corner," Colvin said. "I felt like I was doing that while I was there.