Tom Savage is the latest sleeper everyone is talking about at quarterback. So what's the big deal?

Each and every year, there's a handful of prospects at each position that steadily climb the draft boards throughout the offseason. Hype builds, the right tape gets out there and into the hands of scouts and the stars align for one prospect to go from someone nobody has heard of to someone everybody has an opinion on.

This year, there's been one quarterback in particular that has fit this mold: Pittsburgh quarterback Tom Savage.

Multiple analysts and experts have been talking about Savage of late, particularly in the vein of "this guy is a potential sleeper hit." We've got Mel Kiper projecting him as a third-round pick, Daniel Jeremiah can't avoid talking about him and scouts are proclaiming him to have the "strongest arm in the draft."

For the record, SB Nation has Savage ranked as the No. 10 quarterback coming out this season in its latest rankings, notably ahead of guys like Logan Thomas and A.J. McCarron, and behind guys like Aaron Murray and Brett Smith.

Closer to the end of the college football season, Savage's name wasn't even in the discussion. Of course, that probably has a lot to do with the tendency to write lengthy novels about the throwing mechanics of the top players. Can we really say that the guys being discussed right now are rising up draft boards, when in reality, it might just be that we've said as much about Johnny Manziel as we can possibly say without repeating the tired old tropes?

Whatever the case, Savage is a hot topic these days, and he's also making the rounds. The St. Louis Rams are interested, and had a visit with Savage on April 9. SB Nation's Rams blog, Turf Show Times, noted that the Rams need to draft a quarterback this year, and suggested that Savage could go as high as the second round, one-upping Kiper's suggestion that he could be a third-round pick, both of which were not even considered a couple months ago.

Savage also made a visit to the Oakland Raiders, as noted by Silver and Black Pride, on April 11. Both the Rams and Raiders could be looking at Savage as a potential starting quarterback, which is something that most agree he can probably become over time.

So to sum up: we have a fifth-year senior rocketing up draft boards and making visits to teams that are clearly on the lookout for potential starters. His draft stock is rising and it's likely to continue doing so leading up to the NFL Draft. But here's the big question: why is this happening?

Many consider Savage to be a high-potential guy, which nobody can really argue with. There's a lot there to work with, and anybody who suggests otherwise is taking a big sip of anti-kool-aid. However, is there enough there to really be excited about him in the way that many scouts and analysts are at this point? 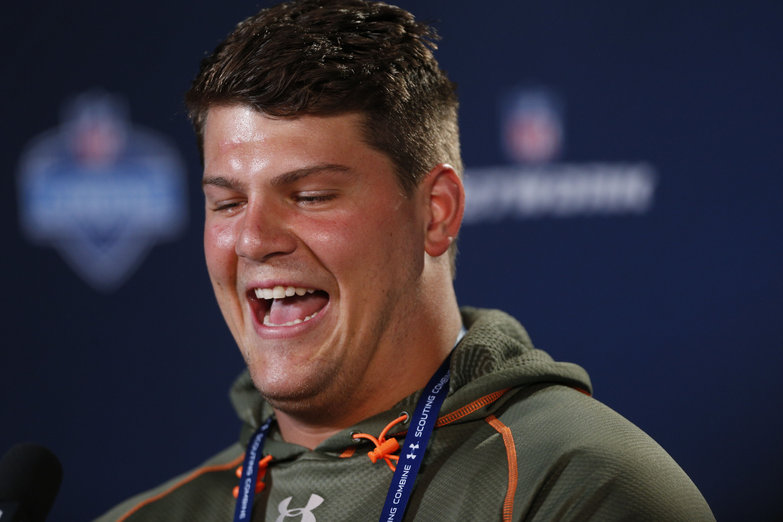 The biggest compliment Savage receives is his arm strength. He can zip the ball to any point on the field, and he looks good doing it. He has a solid release and a solid throwing motion, and that arm isn't going anywhere. He's built well, at 6'4 and 228 pounds, and it's clear all of that bulk goes into delivering a ball with considerable zip on it.

Again, he has good throwing mechanics, a solid dropback and all the physical tools to survive in the NFL. However, those physical tools haven't translated to sustained success on the field, the kind of raw athleticism that would allow him to escape pressure or throw on the run, nor has it given him an overabundance of accuracy on the aforementioned deep throws his big arm allows him to make.

Savage is a decent athlete, but he's a pocket passer and not much else. Unfortunately, he's not known for excellent decision-making within that pocket and he certainly isn't moving around outside of it. I haven't noticed him show particularly dazzling pocket presence and he seems to panic under pressure. His accuracy is not especially strong.

While it seems like I'm focusing on the bad, it's more to point out that he's very raw. It's worth noting that Savage is considered someone who can come in and start relatively quickly in the NFL, and I agree with that. There's aspects about his mechanics that are far enough along that there's a solid base to work with. He has some troubling tendencies, such as his decision making and the surprising fact that a lot of his passes come out relatively low despite his height and bulk, but the arm strength is legitimate and there's a lot to build on.

Will he be a second- or third-round pick come May? That's really anybody's guess.