Possibly the first running back taken in the draft, the former Ohio State star is the draft's most powerful back and perhaps its only classic bell cow.

Ohio State's Carlos Hyde is poised to be the first running back taken in the 2014 NFL Draft. If there is a classic bell-cow running back in the draft this year, it's Hyde.

In 2013, Hyde had five games of at least 24 carries and topped 110 yards in each of them. While Hyde isn't much of a pass catcher, he's a powerful runner who will power through first contact.

Acceleration/burst: Although Hyde may not have great long speed, he gets up to his top gear in a hurry. Hyde's acceleration allows him to burst through the hole in a hurry before it closes. Hyde's combination of burst and power makes him a difficult player to tackle. 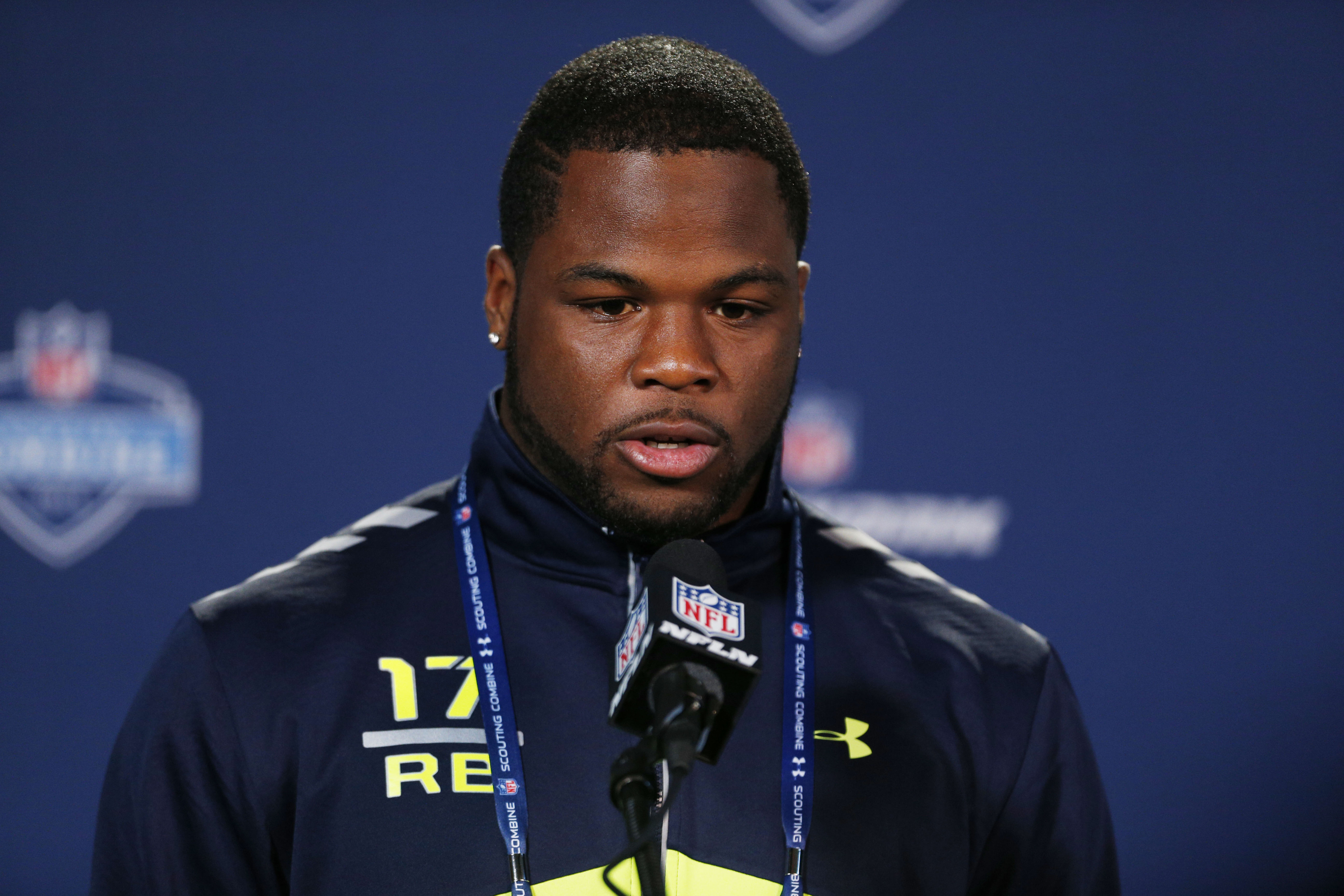 Hyde's elusiveness largely consists of side-stepping a tackler and using his free hand to push him to the side. It works fine in one-on-one situations, but obviously not when teams are swarming him.

Pass blocking/catching: As a pass catcher, Hyde was often underutilized at Ohio State. He finished his career with just 34 receptions, but that's more of an indictment on Ohio State's scheme than Hyde's ability. He often flashes solid hands, making him a good checkdown asset on short throws. Won't do a lot after the catch. Could cut faster on his routes. Decent as a pass blocker.

Power: If there is a Frank Gore comparison for Hyde, it is because of his power running style. Like Gore, Hyde gets low and wide around contact. And it happens often. Hyde is the type of running back who will seek out defenders because he can often get past first contact. When he's running between the tackles in a pile, Hyde will keep his legs moving to churn out extra yardage.

Speed: Hyde is not a breakaway running back by any stretch. Compared to other backs of his size, Hyde has a fair amount of speed. He's not going to break many big runs, but the team that drafts him shouldn't expect him to.

Vision: Hyde's vision allows him to really show off his acceleration. For a bigger back, Hyde can get through small holes between the tackles. Hyde isn't the type of running back who will dance around behind the line of scrimmage. Hyde will hesitate to let a block develop. That's not a bad thing.

Final word: No running back in college football closed better last season than Hyde. After being suspended the first three games of the season, Hyde started a bit slowly, getting just 22 carries in his first two games. After that, Hyde didn't have a game of fewer than 110 yards rushing and topped 225 twice. He's an exceptionally powerful back who can break tackles and get into the open field. 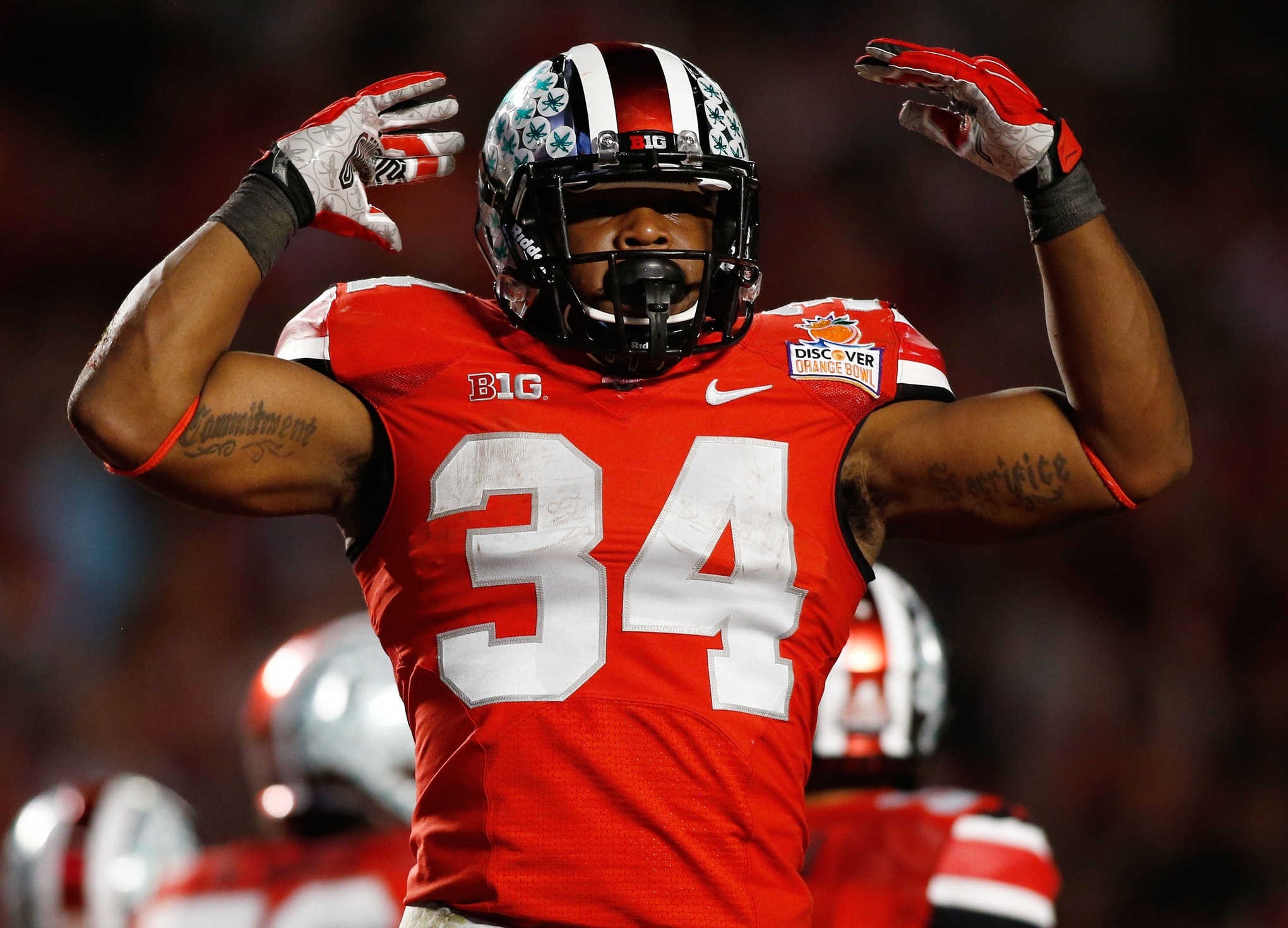 However, some of the intangible things with Hyde can cause a pause. He was suspended those first three games of the 2013 season because of an alleged assault.

Reportedly had some work habit issues early in his career. Clearly wore down in some games.

"I feel like I've grown up a lot," Hyde said at the combine. "Two, three years ago, I was still immature. My mind wasn't all in. I wasn't fully committed to the program."