The worst NFL Draft of the century

The 2009 Draft was just awful. Let's take a look back at its misery.

Share All sharing options for: The worst NFL Draft of the century

When is it safe to fully judge a draft class? Two years? Three years? If you look back five years, it's safe to say the 2009 NFL Draft sucked. It stands out as the worst draft of the century.

That type of declarative statement is easily backed up if you consider the players selected, especially those selected high.

Only one top-10 pick from that year has made the Pro Bowl. Conversely, seven of the first 10 picks in 2010 have gone to a Pro Bowl. The turnover of the players picked that year has been swift as well; just 13 of the first 32 picks are still with the team that drafted them. Some of them -- Larry English in San Diego, Brandon Pettigrew in Detroit, Peria Jerry in Atlanta -- are low-impact players.

The 2009 draft isn't a complete disaster, though. LeSean McCoy has turned into a superstar running back for the Philadelphia Eagles. Jairus Byrd was a steal in the second round for the Buffalo Bills before he signed with the New Orleans Saints this offseason. The man he replaced, Malcolm Jenkins, has also put together a nice career and signed a three-year contract with the Eagles in March. 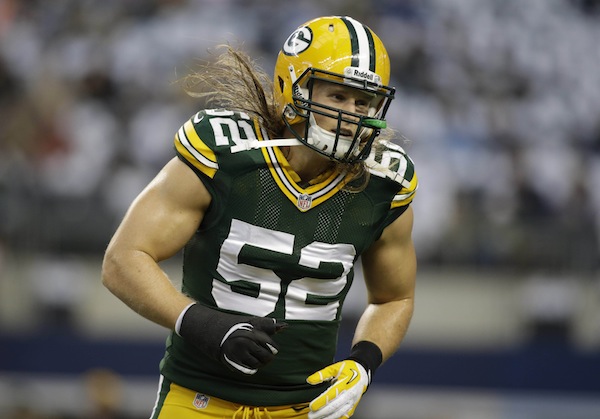 Green Bay Packers pass rusher Clay Matthews is arguably the best player to come out of the 2009 draft. In that year's draft, there were three USC linebackers, and at the time Matthews was regarded less than Brian Cushing or Rey Maualuga. Matthews has been a star pass rusher and helped Green Bay win a Super Bowl. Cushing can't stay healthy and Maualuga has been inconsistent.

That year’s draft is proof that overvaluing athletic potential is a dangerous gamble. In the case of 2009, it often didn't pay off, particularly with the first 10 picks in the draft.

Baylor offensive tackle Jason Smith was as hot as any player leading up to the draft because he excelled at the NFL scouting combine. The former tight end was meant to be the new blueprint for the position as a quick-footed blocker who could reach the edge. The St. Louis Rams took him No. 2 overall, and he played just three seasons there before getting shipped to the New York Jets. Smith hasn’t been on an NFL roster since last August.

Tyson Jackson was the shocking third overall pick to the Kansas City Chiefs as former general manager Scott Pioli was looking for his very own Richard Seymour. But until draft day, few were even thinking Jackson in the top five. His up-and-down play has proved those doubters correct.

How about linebacker Aaron Curry of Wake Forest? He was a four-year starter with incredible production. He won the Butkus Award in 2008 and was a consensus All-American. He also starred at the Combine, running a 4.56 40-yard dash. He was as safe as safe could be in the draft. There was even some discussion of Curry being in play for the No. 1 pick. It led to these sorts of moronic statements:

Curry went fourth overall to the Seattle Seahawks, got a $60 million contract, and retired last August.

The top five was rounded out by a blockbuster trade, of sorts. Well, it should have been a blockbuster. The New York Jets traded up from the 17th pick to get hunky Southern California quarterback Mark Sanchez. It can be debated whether or not Sanchez is a true bust considering his early career success. But the expectation for a top five quarterback is higher than what Sanchez delivered in New York.

The Cleveland Browns moved out of the No. 5 pick and traded down in the first round two more times. The team accumulated veterans and a bunch of picks. Eric Mangini was going to turn the miserable Browns around. Nope! Center Alex Mack in the first round is an undisputed great choice, if you don’t mind taking a pivot in the first. After that, check out these three second-round picks from 2009: Wide receiver Brian Robiskie at 36, wide receiver Mohamed Massaquoi at 50 and linebacker David Veikune at 52. If you don’t know who Veikune is, that’s because he finished his career with exactly five more tackles than you.

Oh, and the general manager who made the move up to draft Sanchez? Even he’s out of football. Former Jets GM Mike Tanenbaum is believed to be the first NFL general manager to become an agent. He helped broker the contract for Steve Kerr and the Golden State Warriors. That’s not even football!

Jon Bois goes in-depth to determine just how bad teams are at evaluating talent. Did you know that a dart board would have been smarter than Matt Millen? It's true!

The Jets/Browns deal wasn’t the only brutal trade from the 2009 draft. The Denver Broncos traded a first-round pick in 2010 to take cornerback Alphonso Smith 37th overall. Smith is out of the league. The Broncos pick went to Seattle and became Earl Thomas. The very same Thomas who helped the Seahawks crush the Broncos in Super Bowl XLVIII.

The Carolina Panthers also gave up a 2010 first-round pick to the San Francisco 49ers to take pass rusher Everette Brown at No. 43. The Panthers pick in 2010 was used on guard Mike Iupati, a staple of San Francisco’s dominant offensive line.

New England traded the 26th pick to the Green Bay Packers, who used it on Matthews. Don’t think the Patriots could use a player like Matthews? The Patriots were loaded up on second-round picks. Because Bill Belichick is an unquestioned genius, he turned them into safety Patrick Chung, defensive tackle Ron Brace and cornerback Darius Butler. Belichick had one more second-rounder in 2009 that was used on offensive tackle Sebastian Vollmer. You get a pass for now, Belichick.

Those aren’t the only notables from this awful draft.

The sixth overall pick, offensive tackle Andre Smith, terrified us all with this:

His career with the Bengals has been just about as undefined as his pro day physique.

The Oakland Raiders used the seventh pick on wide receiver Darrius Heyward-Bey. The most Al Davis of Al Davis picks, Heyward-Bey had just 42 catches for 609 yards in his final season at Maryland. But he ran a 4.3 40-yard dash at the Combine, so get in that black and silver. Despite often dropping passes, Heyward-Bey's career hasn't been a complete failure. He just hasn't played how you would expect a top-10 pick to play.

The Jacksonville Jaguars got their bookend offensive tackles of the future in 2009 with Eugene Monroe with the eighth pick and Eben Britton with the 39th. Monroe never lived up to his draft slot and is now in Baltimore. Britton couldn't handle tackle, moved inside to guard and is a backup in Chicago.

Monroe ended up in Baltimore partly because the Ravens struck out on Michael Oher with the 23rd pick in 2009.

The Bills used the 11th pick on defensive end Aaron Maybin, who was never good enough to get on the field. He was gone in Buffalo after two seasons, bounced around two more teams, ended up in the CFL and retired from football last month.

The best and worst of the latest draft

The best and worst of the latest draft

The second round had as many duds as the first. The Miami Dolphins' second-round quarterback Pat White was to change the position. He didn’t start a game. The next pick was the New York Giants, who selected linebacker Clint Sintim. He started one game in the NFL and finished his career with 11 tackles.

Lets circle back all the way up to the top. The Detroit Lions used the No. 1 overall pick on Georgia quarterback Matthew Stafford. From purely a physical tools standpoint, Stafford is as good as you could ask for in a pocket quarterback. Stafford's Texas-raised arm strength is legendary. But how much better is Detroit thanks to Stafford? It seems like the expectation about Stafford is due to what he can still become, not what he is right now. If that doesn't define the 2009 draft, nothing does.

The draft in 2009 was poised to be a good one. There was a supposed franchise quarterback, a uniquely athletic offensive tackle, the safest linebacker prospect in years and gobs of athletic potential. Sounds a little bit like 2014, doesn't it?