After nearly two decades of consecutive games started, Brett Favre will sit. The Minnesota Vikings announced their inactive for Monday night's game against the New York Giants and Favre's name was on it, which means he will not play.

Here's a photo of the inactive list the Vikings submitted to the league. 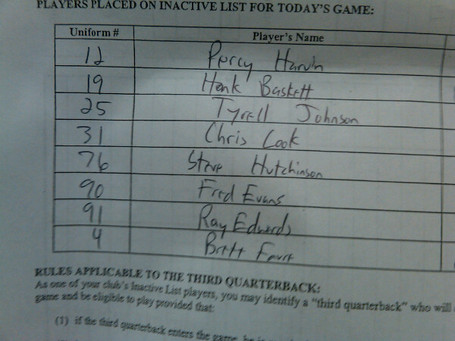