Michael Vick Wants A New Dog: Is That Really A Good Idea?

Share All sharing options for: Michael Vick Wants A New Dog: Is That Really A Good Idea?

A few years removed from one of the most spectacular declines in sports history, Michael Vick has the Eagles on the brink of the NFL Playoffs, and among the Super Bowl favorites in the NFC, if not the entire league. The rehabilitation is almost complete. He just needs one more thing (well, plus a gigantic contract in 2011) to feel content.

As he told one reporter:

"I would love to get another dog in the future. I think it would be a big step for me in the rehabilitation process. I think just to have a pet in my household and to show people that I genuinely care, and my love, and my passion for animals."

A new member of the Vick clan, you say?

Hmm. I'm going to go ahead and say this is a terrible idea, if not for Michael Vick's sake, then for the legions of critics that would go apoplectic seeing the PURE EVIL DOG KILLER cuddling up with a new best friend. Seriously, this could lead to our first PETA-related homicide. 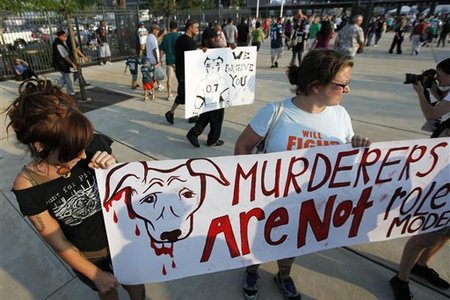 Dogs are awesome companions for everyone, and Vick's evolution seems sincere, so it'd be nice to see him get a dog and come full circle. But you know that old saying? "Don't shake the hornets nest"?

Or maybe it was, "Don't become the highest-profile dogfighter in history and then try to get a dog." 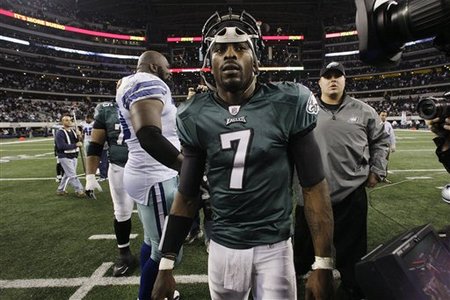 The ethical debate is a whole 'nother story, but from a purely practical standpoint: It's probably against his probation for the next few years, and it's definitely just asking for trouble. Right?