Prilosec presents the NFL Victory of the Week. In Week 3, the Atlanta Falcons traveled to the Big Easy, and got a not-so-easy victory over their division rival, the New Orleans Saints. An overtime thriller, Atlanta won 27-24.

Share All sharing options for: NFL Victory Of The Week: Falcons Top Saints Deep In OT 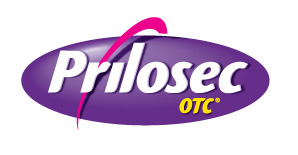 Each week on SBNation.com we'll have the NFL Victory of the Week, presented by Prilosec. The winning team is decided by conducting a poll on Tuesdays across all of the SB Nation NFL blogs throughout the 2010 season, with you -- the readers -- voting for the biggest win of each week.

This week's winner is the Atlanta Falcons.

The Falcons were taking on their NFC South division rival, the New Orleans Saints, who just happen to be the Super Bowl Champs - and were undefeated in the young season. One more thing: the Falcons had to go on the road. Undaunted, the Dirty Birds were ready to battle, and boy did they ever have to battle as this game went into overtime. New Orleans kicker Garrett Hartley sent the game into overtime with a 32-yard FG with four seconds left in regulation. From hero to goat, Hartley missed a 29-yard chip-shot in overtime, and the Falcons then went on to get their own FG - the game winner - from veteran Matt Bryant.

The voting this week was not even close as the Falcons/Saints game took the overwhelming number (38%) of your 15,167 votes. Many have named this game as the best of the young season, but there are plenty more great victories yet to come.

SB Nation's Falcons blog, The Falcoholic, explains why the Falcons were worthy of the Victory of the Week:

There was a clear choice for Prilosec Victory of the Week for this past weekend's slate of games, and that was the Atlanta Falcons' triumph over the New Orleans Saints.

On one level, this was just an exciting game. Lead changes, ties, long drives, missed opportunities and a thrilling overtime finish made the Falcons-Saints contest one to stay glued to. More than that, it heralded the arrival of the Falcons on the national radar, as they became the first team to beat their hated rivals, who just so happen to be the defending Super Bowl champions.

This is the beginning of a season-long battle for the NFC South crown. It may well be a battle for NFC supremacy, if a team like the Packers or sluggish Cowboys don't stand in the way. That's why this microcosm of the season was the win of the week.