Puppy Bowl 2011 Is Here! Forget Football And Breakdown The Rosters

Share All sharing options for: Puppy Bowl 2011 Is Here! Forget Football And Breakdown The Rosters

The biggest event on all fours is back! Puppy Bowl returns for its 7th consecutive year with an all-star, all-adorable cast that's ready to mix it up on the grand gridiron of Animal Planet Stadium.

And really, who cares about football? Doesn't this face just put everything in perspective? 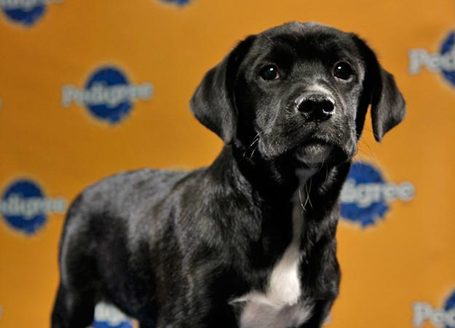 That's Molly. She was rescued from a shelter, she plays the harmonica, and she's a SURVIVOR, damnit. See, Ben Roethlisberger might [redacted] your sister, and James Harrison could probably kill a man with his bare hands, but can any of them turn you to a pile of mush faster than Molly?

And over at Warming Glow, they've put together a breakdown of the rosters for the 2011 game, and it's highly recommended. So go ahead and immerse yourselves. Head over there for the pictures of adorable canines, and stay analysis like this:

Charlie's a tough one. He's a Yorkshire terrier mix, and if there's a non-dog that's stupider and more yappy and annoying and worthless than Shih Tzus, it's Yorkies. HOWEVER, I'm a sucker for scruffy puppies, and they don't come much scruffier than Charlie.

So, what do you think of Charlie? 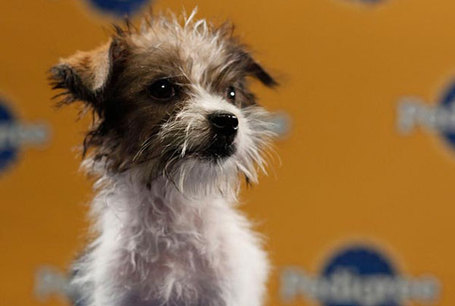