Share All sharing options for: Josh Freeman Says That If NFL Teams Don't Hold Minicamps, He'll Start His Own

The greatest danger posed by the looming NFL lockout is that players will go so long without playing football that they will forget everything they know about football, and by the time play resumes in August of 2012, the players, who will have since grown dependent on the bakery/philosophy degrees they earned in college, will wander around the line of scrimmage while prattling on about how (and whether) to bake a cake. Anyone who has been closely following negotiations will tell you the same.

If the collective bargaining agreement is not settled upon, preventing teams from holding mini-camps in May, Buccaneers quarterback Josh Freeman says he'll start his own mini-camp. It's worrisome that he thinks that any old Joe can run something as sophisticated as a mini-camp. I don't think this will end well: 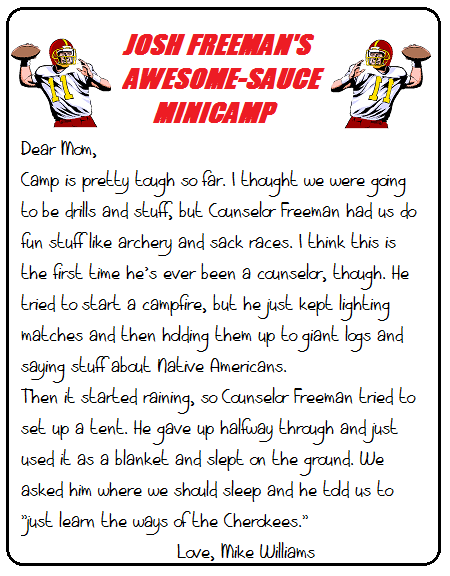 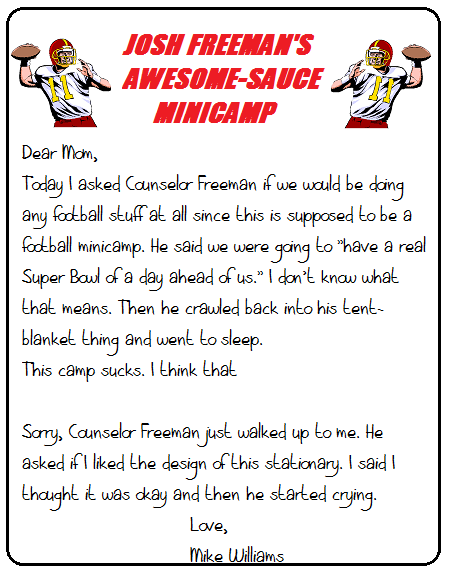 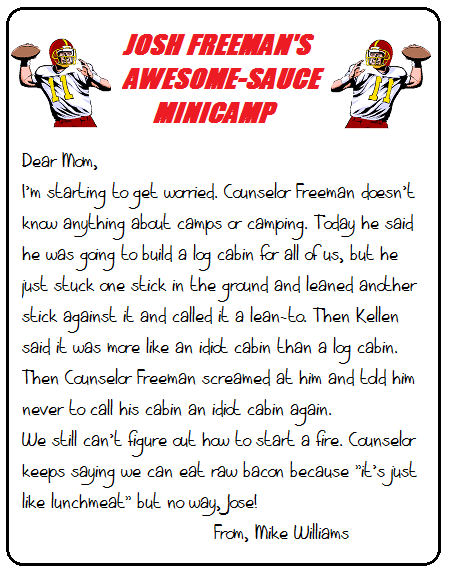 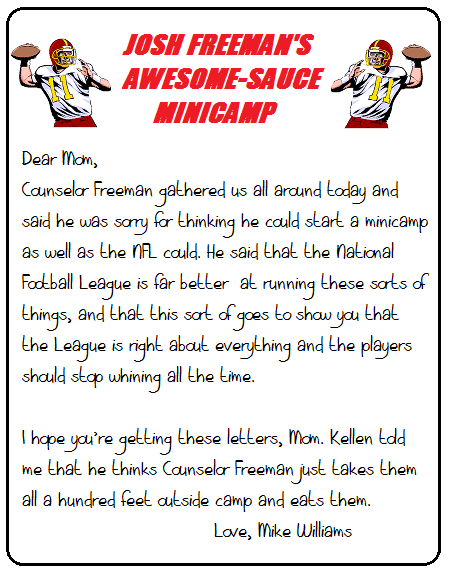 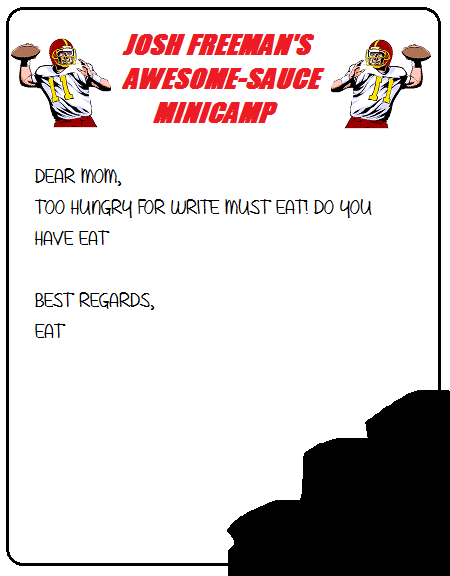 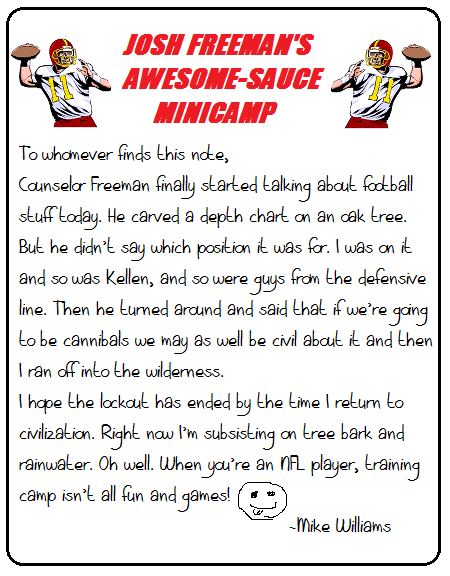