It's Michael Jordan's birthday today, and as you'd expect, it's sparked a hundred different versions "Happy Birthday MJ!" around the internet. Rightfully so. But it's also overshadowed another birthday from an athlete just as breathtaking, and a thousand times more badass. 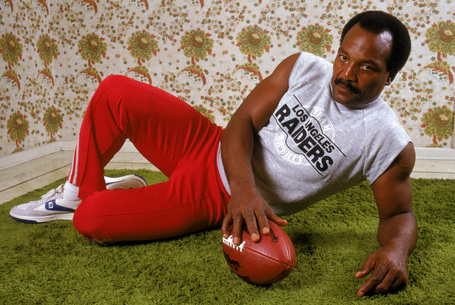 We mentioned his birthday briefly over here, but he deserves a little more love.

He won three NFL MVPs, made nine Pro Bowls, he played lacrosse as a hobby and wound up in the lacrosse hall of fame, he was in Mars Attacks!, he was probably the greatest running back that ever lived, and he posed for the awesomely '80s photo above. Today he's 75 years old, and we celebrate with a pretty kickass highlight video after the jump.

Now, everybody go out and celebrate this occasion properly. Rent Mars Attacks! tonight.