Share All sharing options for: Ryan Mallett Gets Some Advice From John Daly Before The NFL Draft 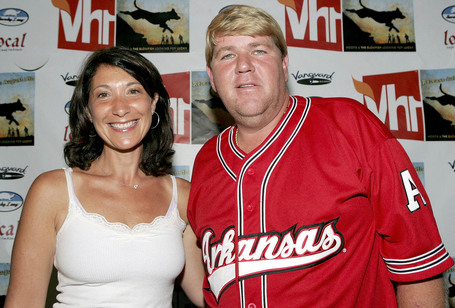 Ryan Mallet has had a controversial career so far. At various points, scouts have questioned his work ethic, his partying habits, and most dreaded of all, his character. All the superlatives about a player's talent can go go out the window with one question: "Is he a character guy?"

It's probably a little bit unfair, but that's how the process works. You know who understands?

"I think the most important thing for Ryan is how he handles himself.  Whether it’s an interview or whatever, listen to the question before you answer it. Some of the things you are going to do off the field, think about the responsibilities.  Because I’ve learned the hard way."

"It’s not about your talent anymore," Daly said.  "It’s about what you do with it."

And Big John's made plenty of mistakes in life, but here, that's part of the point. He's telling Mallett to learn from him now before he makes the same decisions. But, you know... If John Daly's worried that you might make the same life choices, isn't that sort of an indictment on its own?