NFL Lockout: Judge Nelson Rules In Favor Of Players, But What Does It All Mean?

Take a closer look at Judge Susan Nelson's landmark NFL Lockout ruling on Monday, and you begin to see why it could be such a big win for NFL players, fans, and... Well, pretty much everyone except the owners.

Share All sharing options for: NFL Lockout: Judge Nelson Rules In Favor Of Players, But What Does It All Mean?

Do you believe in miracles? Well, on Monday, a district court judge in Minnesota ended the NFL lockout all by herself. As Judge Susan Nelson explained in 10 words, "A preliminary injunction is granted, and the lockout is enjoined."

But as much as we'd all like to submit Judge Nelson for immediate induction into A) Sainthood and B) the Hall of Jurisprudence Badassery, it all seems A) Too good to be true, and B) Totally confusing. So what does it really mean?

Well, let's see.... First of all, the ruling wasn't totally unexpected—a number of people figured Nelson would rule for the players here, but the real question is whether the NFL can successfully appeal to "stay" the ruling until a Court of Appeals hears the case. Then, the NFL's appeal essentially creates an injunction against Judge Nelson's original injunction. (Isn't justice fun?!)

If the NFL succeeds on that front, we're pretty much back to square one. The lockout continues, and we wait for an appeals court to decide whether Judge Nelson's injunction is upheld.

If the NFL fails, though, then free agency can begin as early as this week, the lockout ends, and the NFL and NFLPA will continue negotiating a collective bargaining agreement while players get paid. That'd be a pretty huge blow to the NFL's negotiating leverage, and a huge victory for the players.

But whatever happens next, isn't this a gigantic victory for the players regardless? The league's PR machine can only spin so much in the eyes of the public. Facts are facts, ya know? The players went to court to be able to play; the owners have counter-filed to renew the lockout.

Who doesn't care about the fans now? Here's the NFL's official statement on the ruling:

"We will promptly seek a stay from Judge Nelson pending an expedited appeal to the Eighth Circuit Court of Appeals. We believe that federal law bars injunctions in labor disputes. We are confident that the Eighth Circuit will agree. But we also believe that this dispute will inevitably end with a collective bargaining agreement, which would be in the best interests of players, clubs and fans. We can reach a fair agreement only if we continue negotiations toward that goal."

So, the NFL will counter-claim, sure, but keep in mind that overturning an injunction on an appeal will be much harder. They may get a "stay" to keep the lockout from ending this week, but even if that happens, Judge Nelson's ruling still goes a long way toward enabling an injunction later in the process.

And speaking of the ruling... I'm not a lawyer, but anytime 89 pages of documents get released explaining the logic behind both sides in the most dramatic labor dispute in the past decade, it's probably worth taking a closer look. With that in mind, here are some excerpts from Judge Nelson's ruling on Monday, along with some interpretations in actual English.

The full text of the ruling can be found here (courtesy of The Boston Globe), and we may as well begin with the biggest turning points of the case. From page 58 of the 89-page ruling:

To propose, as the NFL does, that a labor dispute extends indefinitely beyond the disclaimer of union representation is fraught with peril. For example, in light of the fact that employees come and go over time, it would be patently unfair to impose labor law restrictions or conditions upon employees who began working for the employer only after a union had disclaimed representation of other employees.

Similarly, if an employer was in a dispute with its unionized employees over wages or conditions of employment, and the union then disclaimed representation, the dispute would still be governed, under the League’s analysis, by labor law for weeks or months, if not years, after the disclaimer.

...here, the Players are not third parties tangential to an ongoing labor dispute so as to be governed by the Act. Rather, the Players–now individual employees (or prospective employees) after having disclaimed their Union–have proceeded outside of the framework of labor law.

In English: The Court recognizes the decertification of the NFL Players Association, laying the foundation for the court to issue an injunction. Ever since the NFL Players Association first decertified, the NFL's contended that the arrangement is a "sham" and writers like Mike Florio have discussed the NFLPA by placing a sarcastic asterisk next to every mention of the NFLPA (err... NFLPA*). Judge Nelson took the arrangement more seriously (because she's a badass).

Why does this matter? If the court treats the NFLPA as a union, then any court's power to issue injunctions—i.e. stop the lockout—would be curbed by past legislation like the Norris-LaGuardia Act. Instead, Judge Nelson recognizes the players as employees without a union, clearing the path for an injunction in the labor dispute, and the end of the NFL Lockout. But it's bigger than just Judge Nelson's opinion.

Now, even if the case goes to appeals court, the burden of proof is much higher for Nelson's interpretation to be overturned. The question for appeals' judges won't be whether they agree with Nelson, but whether they think she abused her powers in deciding this issue.

And given how thorough her logic was on all fronts, that's hard to argue. In other words, on the biggest point of contention here, things look much better for Tom Brady than Dan Snyder. 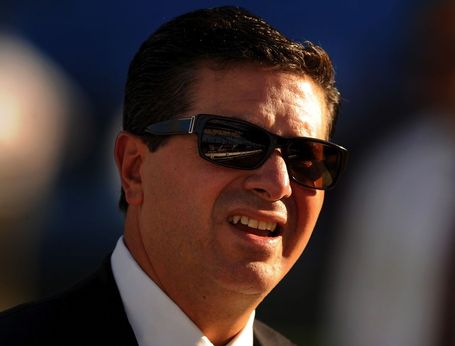 In sum, the League provides this Court with no controlling or even persuasive authority for its assertion that the Norris-LaGuardia Act continues to apply in the post- collective bargaining, post-union world of employment law. Any such argument would seem to run headlong into the right of employees... 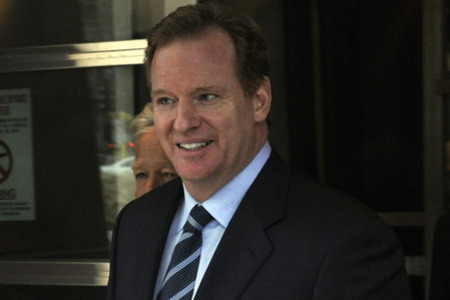 From page 72, where Judge Nelson examines the players' claims of irreparable harm:

The NFL argues that the Players will not suffer irreparable harm in the absence of injunctive relief. While strenuously arguing that the non-statutory labor exemption bars Plaintiffs’ antitrust claims, the NFL contends that if, however, the antitrust laws do apply, the availability of treble damages will adequately compensate Plaintiffs. Focusing on Plaintiffs’ alleged economic injuries, the NFL argues that any deprivation of contracted salaries or bonuses is "obviously compensable in monetary damages."

In English: The NFL argues that they could compensate any contract damages, making it unnecessary for the court to issue an injunction and end to the lockout.

Why This Matters: Wait, so the league would rather fork over hundreds of millions it'd take to compensate lost salaries than bring an end to the NFL Lockout? It's almost like the league's trying to gain an extra billion dollars in revenue with this lockout, and anything they sacrifice to players now will be made up ten-fold down the road. ... Weird, right? 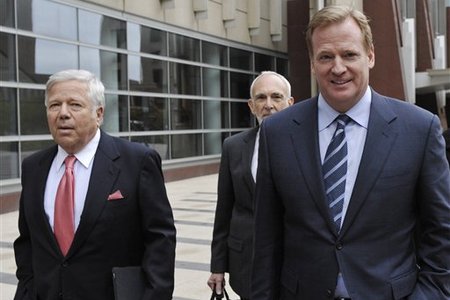 Ah, but Judge Nelson keeps it too real for all that ownership fakery. Again from Page 72:

This Court finds the NFL’s arguments unpersuasive. The Court recognizes that the employment relationship between the parties reflects a commercial enterprise producing substantial income for both parties. But the particular facts of this case refute any argument that damages alone would suffice to compensate the Players if this Court were not to issue such injunctive relief.

Specifically as to professional football players, this Court has found that "[t]he existence of irreparable injury is underscored by the undisputed brevity and precariousness of the players’ careers in professional sports, particularly in the NFL."

Of course, the NFL also argues that enjoining the lockout causes them irreparable harm.

Judge Nelson, what say you?

The NFL’s argument that an order of this Court enjoining the lockout will cause the League harm because such an order will necessarily expose them to antitrust liability is unpersuasive. Insofar as such liability would flow from the League’s lockout violating the Sherman Act, the League cannot predicate harm on the results of its illegal conduct.

"An injunction would leave us liable to prosecution for violating the law." - The NFL 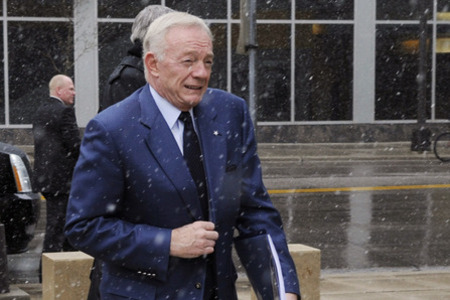 Finally, Judge Nelson takes it to the streets:

The final factor in this analysis is consideration of the public interest. Indeed, the Supreme Court has reiterated that courts "should pay particular regard for the public consequences in employing the extraordinary remedy of injunction." ... the public ramifications of this dispute exceed the abstract principles of the antitrust laws, as professional football involves many layers of tangible economic impact, ranging from broadcast revenues down to concessions sales. And, of course, the public interest represented by the fans of professional football–who have a strong investment in the 2011 season–is an intangible interest that weighs against the lockout.

And that, my friends, completes the smackdown from Judge Nelson. The players have legitimate claims of irreparable harm, the NFL does not, and the public interest lies with the players. BOOM.

Based on the foregoing ... IT IS HEREBY ORDERED that:

1.    The Brady Plaintiffs’ motion for a preliminary injunction [Doc. No. 2] is

2.    The Eller Plaintiffs’ motion for a preliminary injunction [Doc. No. 58] is

It's not a definitive end to the NFL Lockout, but it's the first step toward getting us there, and a major blow to the owners' cause. Speaking of which... Remember when Panters owner Jerry Richardson got this started back in 2010? Back then, he told his fellow owners, "We signed a s**t deal last time, and we're going to take our f***ing league back." 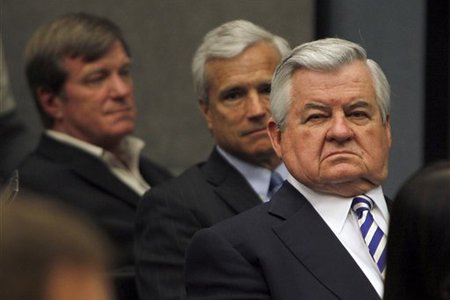