The Von Miller Tattoo That Will Make You Love Him Forever

Share All sharing options for: The Von Miller Tattoo That Will Make You Love Him Forever

Von Miller went to the Denver Broncos with the no. 2 overall pick in this April's NFL Draft and an absolute monster during his days at Texas A&M, but for now, we can admire for something else. Indeed, along with all that talent, he's sporting the most ignorant, hilarious tattoo on the face of the earth.

As Miller tweeted, "It's a watermelon slice, a chicken leg, a dollar sign, and a hater!" 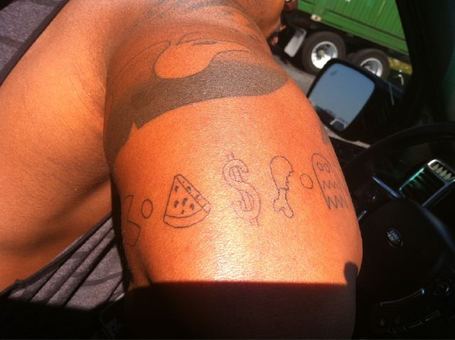 But first of all, that's racist. Second, who doesn't love a good watermelon slice in the middle of the summer? And money, too. What pro athlete doesn't love gettin money? As for the chicken leg...

Did he confuse "hints" and "hence" there? Pfft... He wasn't an English major. Stop hatin, haters. We'll let his grammar slip slide.

Especially since the best part of the tattoo is definitely the hater-as-pacman-ghost. Never before have we gotten such an accurate rendering of a hater's role in life. The rest of us are just trying to eat and stay alive, and haters are just roaming around trying to make us re-start the level.

From here on out, future generations won't need to look up hater in the dictionary. All they'll need is a rudimentary understanding of Pac Man, and Von Miller's thigh arm. 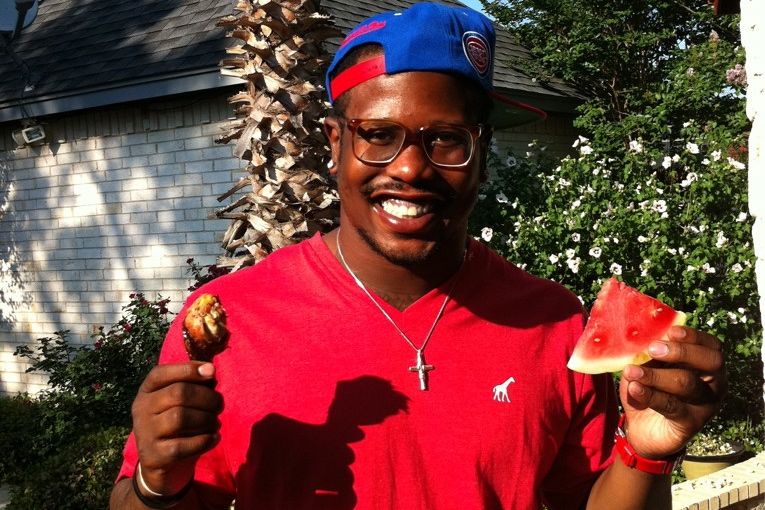