Madden '12 Review: Football Is Back, And The Eagles Are Unstoppable (In Video Games)

Take a look at our Madden '12 review, and go inside the newest release from EA Sports. Who's the most fun team to play with? How much better did the Eagles get? Is Big Ben's facial hair sleazy enough? All those answers and more.

Share All sharing options for: Madden '12 Review: Football Is Back, And The Eagles Are Unstoppable (In Video Games)

The end of summer is always bittersweet. On the one hand, it means we no longer have an excuse to take three-day weekends, there will be 75 percent less cookouts in our lives, and if you're still in school, it means you have to go back to school. Or, if you're recently out of college (like me), not going back to school just makes you feel old and bitter.

...On the other hand! The end of summer means the return of football, which always softens the blow that comes with the return of real life. And before football comes back, we always have a few weeks to whet our appetites by spending hours and hours playing football video games.

This year, we got NCAA Football '12 in mid-July, and starting this week, we'll have Madden back in our lives. AWESOME. To help celebrate the return of football, we'll be doing various features every day this week, but there's no better place to start than with Madden '12.

The game's release was delayed until August 30th this year, but I got an early copy and spent the better of part of Hurricane Irene holed up in my living room and messing around with Madden.

Here are a few notes on the game itself, and at the end, we'll talk about actual teams. 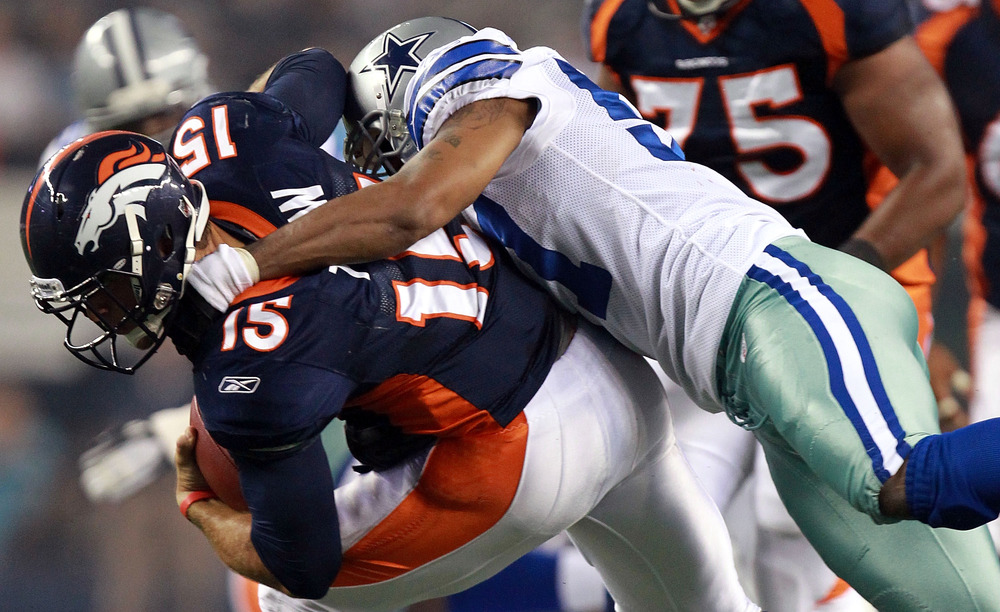 More than anything else though, Madden '12 is the best way possible to immerse yourself in football. With all due respects to the NFL Network, you learn more about just how inconsistent Cam Newton is by experiencing it yourself when he stupidly overthrows Brandon Lafell. (Likewise, you learn that the Carolina Panthers' second and third receivers are David Gettis and Brandon Lafell, which... Damn. Good luck, Cam.)

Or, if you're looking to see what kind of offseason the Philadelphia Eagles had, the rosters tell the story. Before I made the roster update online, Philadelphia's team rating was an 86. Afterward? A 93, which vaulted them ahead of even the Packers (92).

Which reminds me... Throw in the built-in absurdity of Michael Vick's athleticism, and it's patently unfair for anyone to play with the Eagles in one of these games. Remember this; you shouldn't let any of your friends choose Philly. Especially since there's no way for a video game to account for Andy Reid Ruining Everything, the Eagles are easily the most unstoppable Madden team we've seen in a long time. Not since Daunte Culpepper, Randy Moss, and Robert Smith on the Vikings have we seen a video game squad with this much talent.

Beyond the Eagles, though, the most surprising team was the Kansas City Chiefs. Again, there's no better way to appreciate just how fun Jamaal Charles is than by playing with him in Madden.

He's the second-fastest running back in the game (behind 'Chris Johnson and a contract to be signed in Week 8'), and he's small enough to squeeze and spin his way through holes that don't exist. Throw in Dwyane Bowe as a deep threat, Dexter McCluster terrorizing people in the slot, Matt Cassel as a surprisingly capable QB (in the game, at least), Javier Arenas as a punt returner... The Chiefs are sort of a video game juggernaut, right? 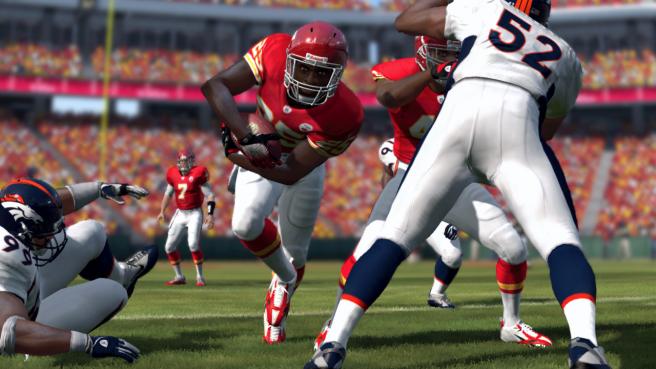 On the other side of things, there's a two-way tie for the most depressing team in the game. First, the Browns--just look at the ratings. Would you want to play with that team? And where playing with Jamal Charles reminds you how much fun he is, playing with Peyton Hillis reminds you... Yep, he's still Peyton Hillis. It's too bad they can't clone Josh Cribbs and make him play every position.

Then there's the Minnesota Vikings. They should be fun with Donovan McNabb, but as always, the idea of Donovan McNabb is a lot more fun than reality. Instead of the athletic quarterback that puts the Vikings over the top, he's too slow (74 speed) to really make a difference as a runner, and he's bad enough as a passer to keep you from feeling comfortable airing it out. Throw in the lack of receivers beyond Percy Harvin and Visanthe Shiancoe, and playing with the Video Vikings really puts their preseason hype in perspective. Basically, if Adrian Peterson doesn't do something incredible on almost every drive, you're fighting an uphill battle with the Vikings.

...Anyway, the game's not perfect, but you couldn't ask for a whole lot more. The player ratings are deathly accurate, the attention to detail borders on creepy (in the best of ways), and if you want to play the Bears over and over until you give Jay Cutler a season-ending injury, Madden '12 will let you do that. But most important?

Summer may be over, but things are lookin' up. Madden's finally here, and for more than 20 years, that's been our sign that real, meaningful football games are right around the corner.