The Week 2 lines are in, and picking winners looks easier this week, but the most dangerous assumption is assuming you know anything at all. But hey, the Steelers and Colts got dominated in Week 1, and that lasts FOREVER. (All photos via Getty Images)

Share All sharing options for: NFL Picks, Week 2: The Colts, Steelers And Schadenfreude

It's Week 2 in the NFL, and in a weird way, betting on this week's games might actually be more confusing than Week 1. It's dangerous. Last week, everyone knew nothing. This week, nothing's really changed except that everyone thinks they know something.

But you know what we do know? The Colts and Steelers got their ass kicked. And no matter what happens from here, we'll always have those two glorious games, when two teams that have been obnoxiously successful for the better part of a decade finally got what they deserve.

For years, Colts fans could crow about Peyton Manning not getting enough respect (probably true) and Steelers could say "all Ben Roethlisberger does is win football games" (technically true, but that's not all he does), and we had to sit back and let it happen. BUT NOW IT'S OVER.

The Colts were violently exposed without Manning, and it's only going to get worse as the season unfolds, the players lose hope, and Zombie Jim Caldwell becomes Fired Jim Caldwell. It's not even September and fans are already wondering about Andrew Luck. Meanwhile, the Steelers finally got what's been coming to them and were disemboweled on national TV. Oh, and both teams lost to their biggest division rivals. It was all so perfect.

Maybe the Steelers aren't completely dead--although the whole team looked slow, James Harrison looked hurt, and I'm still convinced Ben Roethlisberger is a white Daunte Culpepper--but they're off to a horrible start, and that's all we can ask for. As for the Colts, Bomani Jones noticed their uniforms (and performance) bore striking resemblance to the Duke Blue Devils on Sunday, and that might as well be the theme for their 2011 season. Just look at this poor guy. 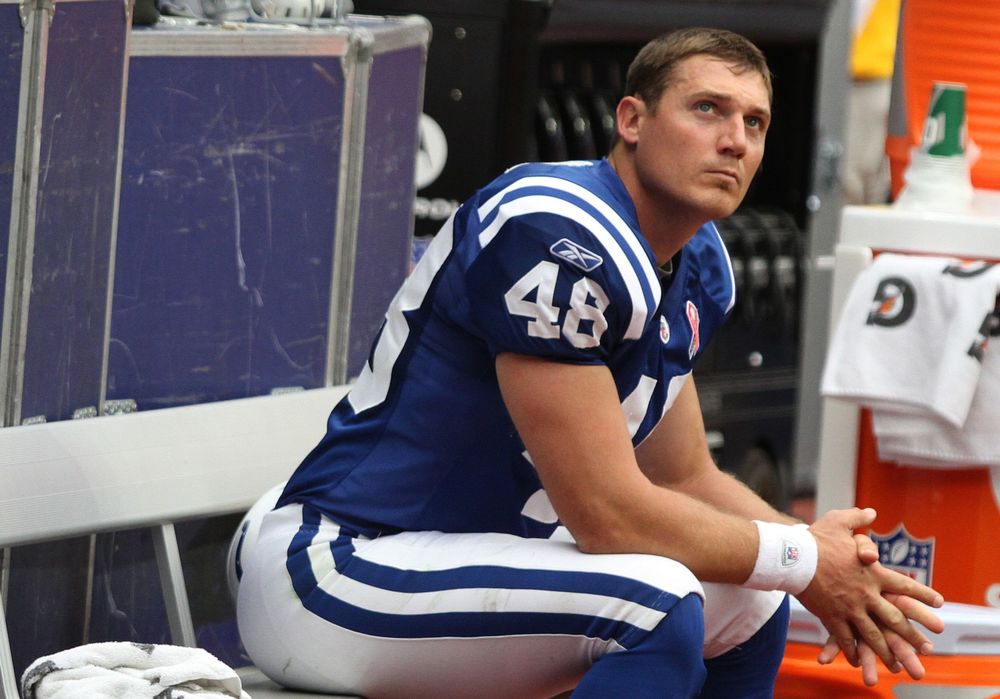 With that, let's get into this week's picks... Somehow I managed to go 10-5 last week, which only means that this week will be nothing short of a disaster. Let's do this! (All picks in BOLD)

Arizona at Washington (-3). Giants cornerback Antrell Rolle took a lot heat this week when he came out after Sunday's loss to the Skins and said, "As a team and organization, we know that the Washington Redskins is not a better team than us. We know that hands down. If we played them 100 times, they might win five. They won that day."

Sooooo many teams are gonna say that about Rex Grossman's Redskins this year.

Jacksonville at New York Jets (-10). I watched NFL Network's Bill Belichick documentary Thursday night, and it was every bit as fantastic as advertised. It offers an authentic glimpse at the most successful coach of our generation, and if you missed it, re-runs are highly recommended.

But, man. Nothing makes you appreciate Rex Ryan's genius more than listening to his arch nemesis grunt and mumble his way through 60 minutes of television.

Seattle at Pittsburgh (-15). Okay, okay. Nobody's saying that Tavares Jackson will actually win this game, because that'd be just a little too perfect. But 15 points? Come on.

Chicago at New Orleans (-7.5). On the whole, the NFL did a really nice job with their 9/11 tribute, and everyone did a nice job keeping things fairly understated and respectful. But this commercial was just out of control. Like a "Save The Children" ad dedicated to America and cell phones.

Baltimore (-5.5) at Tennessee. The most fascinating moment in that Belichick documentary actually had nothing to do with Belichick and the Patriots. It came about halfway through, when Belichick and Brady had a one-on-one meeting to scout the Ravens. They talked about different matchups, how the Ravens would play Randy Moss, different Ravens players, and then Ed Reed's name came up.

Belichick: And Ed... I think you know about Ed.

Brady: Ed Reed's Ed Reed. He covers up for a lot of stuff.

Belichick: Everything he does, he does at an exceptional level. He looks like he's guessing more than he ever has.

Brady: [laughs] Which is saying something.

Belichick: Yeah. Yep. But boy he's got a burst. You know, he's crouching down low back there, playin' real low. But you know he changes it up, you can't... I mean it's just so obvious when he's reading the quarterback.

Belichick: Those receivers will run right past him and he never flinches.

Belichick: He doesn't even acknowledge them, and he's just reading the quarterback.

Brady: Yeah. He's always movin'. One thing about playin' against Ed is just... You're always so aware of where he is. It's almost, you know it's not like he sneaks up on you. He can't sneak up on you. I remember we played him in the rain here, five years ago. I mean every time you break the huddle, that's who you're looking at. You're not going okay "let's just snap the ball and read this out." You're going "Okay, where's he at?"

Belichick: Yeah... Yeah. [looks at film] He's on the quarterback, he's on... Doesn't even take this. Vincent Jackson's running right past him.

That's the best quarterback of this generation and the best coach of this generation, both awestruck talking about Ed Reed playing football. And that's your reminder that we're watching one of the greatest defensive players in the history of the NFL. Good to have him healthy again. 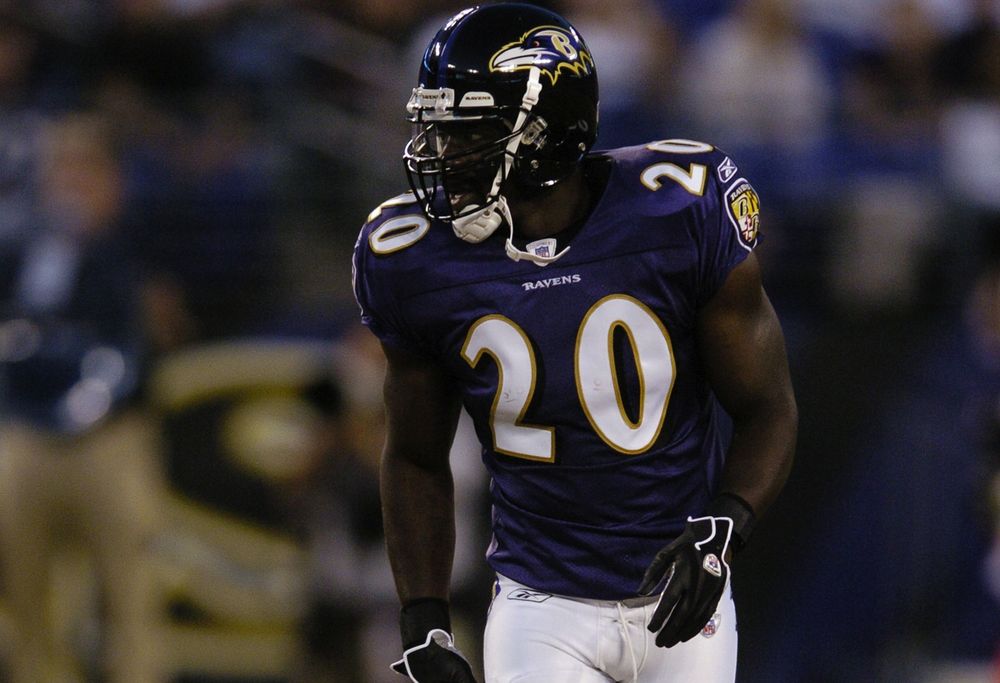 Tampa Bay at Minnesota (-2.5). I'm picking the Vikings to take care of business at home. But I just want to take this time to say that I hope everything happening to Donovan McNabb right now happens to LeBron James one day.

Green Bay (-11) at Carolina. The Packers have just spent the past ten days hearing everyone in the NFL talk about how unstoppable they'll be this year. Meanwhile, Cam Newton just threw for 400 yards in his first game ever, and half the league's still skeptical. Bet accordingly.

Cleveland (-1.5) at Indianapolis. To review: Not only did the Browns lose to one of the worst teams in the league in Week 1, but they lost that game after Andy Dalton got hurt, and the Bengals played Bruce Gradkowski for the entire second half. And they're still favored in Indy. 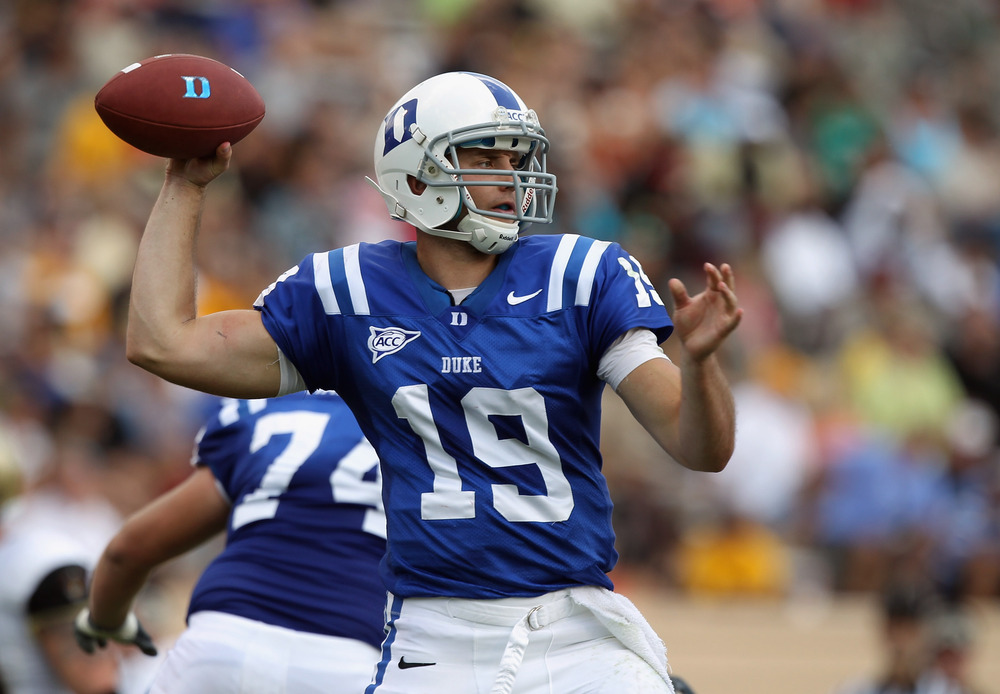 Oakland at Buffalo (-3). Can anyone tell me where Ryan Fitzpatrick went to college?

Dallas (-2.5) at San Francisco. Why yes, we did spent the entire introduction to this article mocking two proud franchises, conveniently ignoring that my favorite team choked in the most spectacular way possible on Sunday night, and then reaffirmed their longterm commitment to build around our fatally flawed starting quarterback, thereby guaranteeing at least another five years of torture.

San Diego at New England (-7.5). I'm not saying Tom Brady's the NFL's Cristian Ronaldo, but if there's one American athlete who could ever say, ''I think I am whistled at because I am handsome, rich and a great player and people are jealous of me," it'd be Tom Brady. 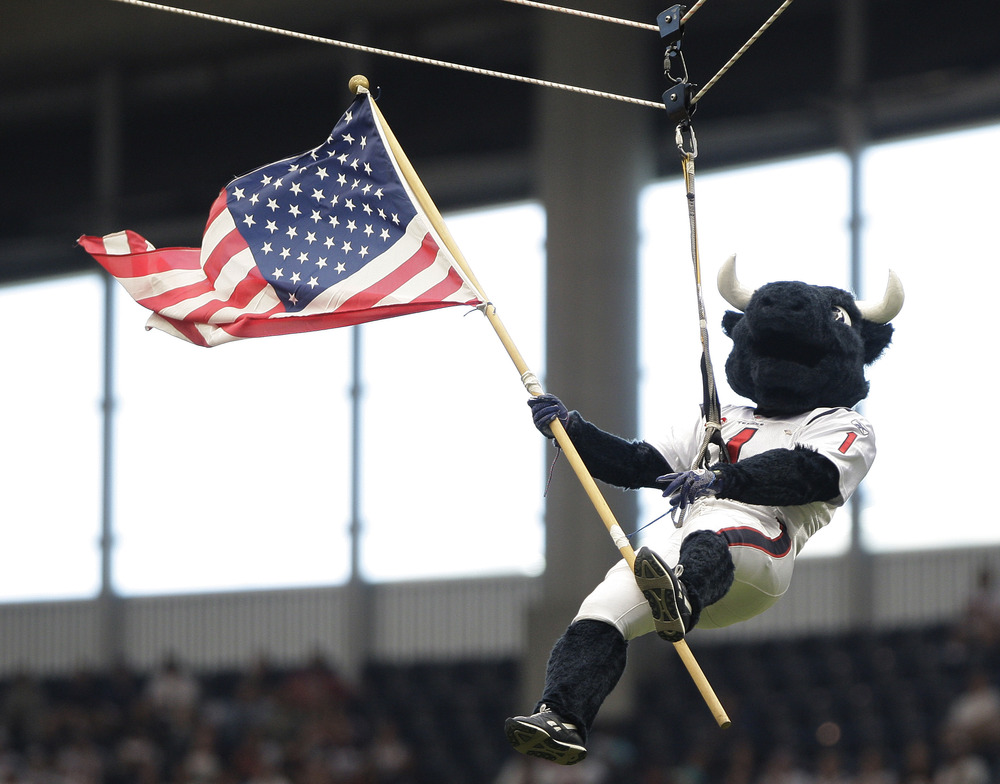 Cincinnati at Denver (-3). A.J. Green is a freak of nature. Also, did you know that a group of Broncos fans are trying to buy billboards to lobby John Fox into playing him?

"We believe in Coach Fox. We're just tired of Kyle Orton," Oaks said. "We were sitting around after Fox said he didn't hear the chants for (Tim) Tebow and we figured if he's deaf, we hope he's not blind."

Oaks, who lives in Independence, Ky., said he called several billboard companies and was told it would cost $10,000 to purchase two billboards in downtown Denver. He posted his plan on a Broncos message board Wednesday and said he received hundreds of e-mails from strangers, most of them offering to chip in.

Philadelphia at Atlanta (PK). If we end up witnessing the first in-stadium race war in NFL history on Sunday night, at least we'll have Cris Collinsworth around to awkwardly avoid the issue!

St. Louis at New York Giants (-7). The thing is, even after Sunday's debacle, I still really like the Rams this year. Not just to be NFC West-good, but actually good. The other thing is, even if Antrel Rolle was right about how lucky the Redskins got, he's not giving nearly enough credit to just how bad the Giants are gonna be this year. 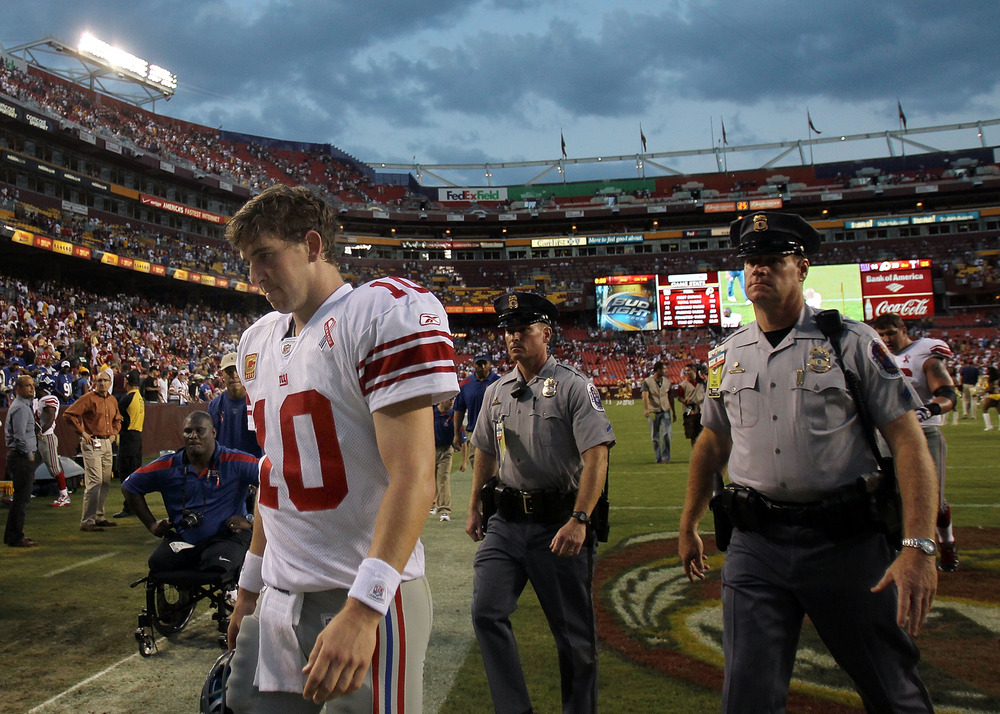 Overall Record: 10-5, and probably due for a regression!