You might have been able to guess that Michael Vick is not excessively popular in Georgia these days. After becoming one of the most popular players in NFL history, selling an obscene amount of jerseys and signing a nine-figure contract with the Atlanta Falcons, Vick got in a little bit of trouble with the law and was incarcerated. His legal troubles began just before the season and occurred very shortly after the team traded Matt Schaub.

Vick is now a member of the Philadelphia Eagles, and they're playing the Falcons on Sunday Night Football tonight. Sounds like an excuse to burn some jerseys! Photos after the jump. 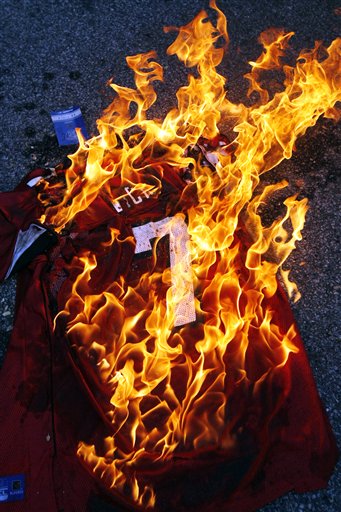 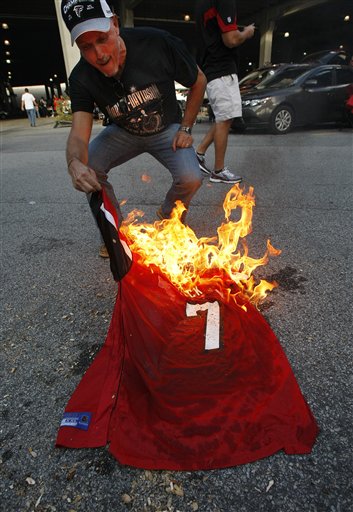 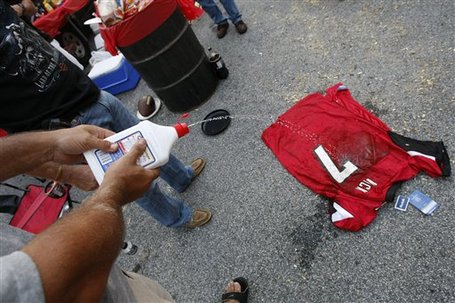 Something tells me that Vick is going to hear a few boos when he gets into the Georgia Dome tonight. Also, it is highly amusing that so many people kept their Falcons Vick jerseys with the view towards potentially burning them in the future. Spectacular.