NFL Playoffs Picks: A Round Of Upsets In Divisional Matchups

Get ready for this weekend's NFL playoffs games with lines and picks for each game. Will Sunday be a day of upsets for the Packers and Ravens? Read on.

Share All sharing options for: NFL Playoffs Picks: A Round Of Upsets In Divisional Matchups

We've reached the divisional round of the NFL Playoffs, Tim Tebow is slowly driving everyone insane (or just me), and the NFC looks roughly a thousand times better than the AFC right now. We went 3-1 in last week's picks, so without further ado, and because we already wrote way too many words of Tebow-centric prelude over here, let's dive right in.

All picks in BOLD.

New Orleans at San Francisco (+3.5) ... How badly do you think Alex Smith wishes he was an Evangelical Christian? Maybe he's not actually a great quarterback, but Alex Smith is definitely as good as Tebow, right? And all the wins this year? He could be the most famous athlete in America right now, and instead he's just Alex Smith, the 49ers' sacrificial lamb under center.

As for the game... The 49ers linebackers are good enough to match up well with the Saints in the intermediate passing game, the pass rush will get to Drew Brees, and it all happens on grass, in the cold, which should slow down the Saints juggernaut. Factor in how terrible the Saints defense looked even in victory last week, Brees' and this game actually kind of favors the 49ers on paper. Even if it were a pick 'em, the Niners would probably be the smart play.

But even next to all the rational reasons pointing to the Niners as a sneaky underdog here, in an NFL Playoff game between Drew Brees and Alex Smith, there's no way we're betting on Smith. It just won't happen, ever.

Tebow does not imbibe, display rivers of tattoo ink on his sculpted physique or hang out in nightclubs. Home-schooled on a 44-acre farm outside Jacksonville, he is serious about personal responsibility.

"The biggest reason I don't (consume alcohol) is because (if I have) a glass of wine, I don't want to be responsible for a kid looking up to me and saying, 'Hey, Tebow's doin' it — I am going to do it.' And then he makes a bad decision.

"Because, like it or not, it is serious," he says.

This is Tebow's fundamental problem in a nutshell. It's one thing to choose not to drink, it's another thing to go out of your way to make sure everyone KNOWS you don't drink, and then tell people you're doing it because you don't want to corrupt any children.

"And then he makes a bad decision..."? Since when is a glass of wine equivalent to meth?

Tebow's fun to watch, but the reason millions of Americans adore is him because of stuff like that quote above. Which begs the question: When did Amercia become so completely lame? No offense, but if we have to hear quarterbacks talk about their personal lives, I'd much rather hear more about Joe Namath drinking all night the day before the Super Bowl:

"Do you drink during the football season?" he was asked.

"Just about all the time."

"What do you, taper off before the game?"

A grin spread from his mouth. [...] "Before the Super Bowl," Namath said. "I went out and got a bottle and grabbed this girl and brought her back to the hotel in Fort Lauderdale and we had a good time the whole night."

He reached for his drink. His grin broke into a laugh. "It’s good for you," he said. He held his arms out and shook them. "It loosens you up good for the game."

Anyway, as for the game... It's hard to beat a good team twice. Double-digit underdogs are always dangerous. In freezing cold weather (a low of 11 degrees Saturday night) it's going to be hard to score points at all, let alone put up enough to cover a two touchdown spread. So basically what we're saying is, if you think Tim Tebow and the Broncos will do anything remotely productive Saturday night, then you should be picking the Broncos here. But, yeah.

Houston at Baltimore (-7.5) ... This weekend we're picking Tom Brady, Aaron Rodgers, Drew Bress, annnnd... You're goddamn right we're taking T.J. Yates in Baltimore. The Texans may not win, but even with an overmatched rookie against an ass-kicking defense like Baltimore they'll make it closer than you'd think. For three reasons:

So, both quarterbacks are equally unreliable, both defenses are equally awesome, both running backs have the potential to take over with a lead, and the best playmaker for either team plays for Houston.

New York Giants at Green Bay (-7.5) ... Sometimes you just gotta go with a gut feeling. The Giants seem like a team that's peaking at the right time, they're having fun, and it's always fun to root for Eli. 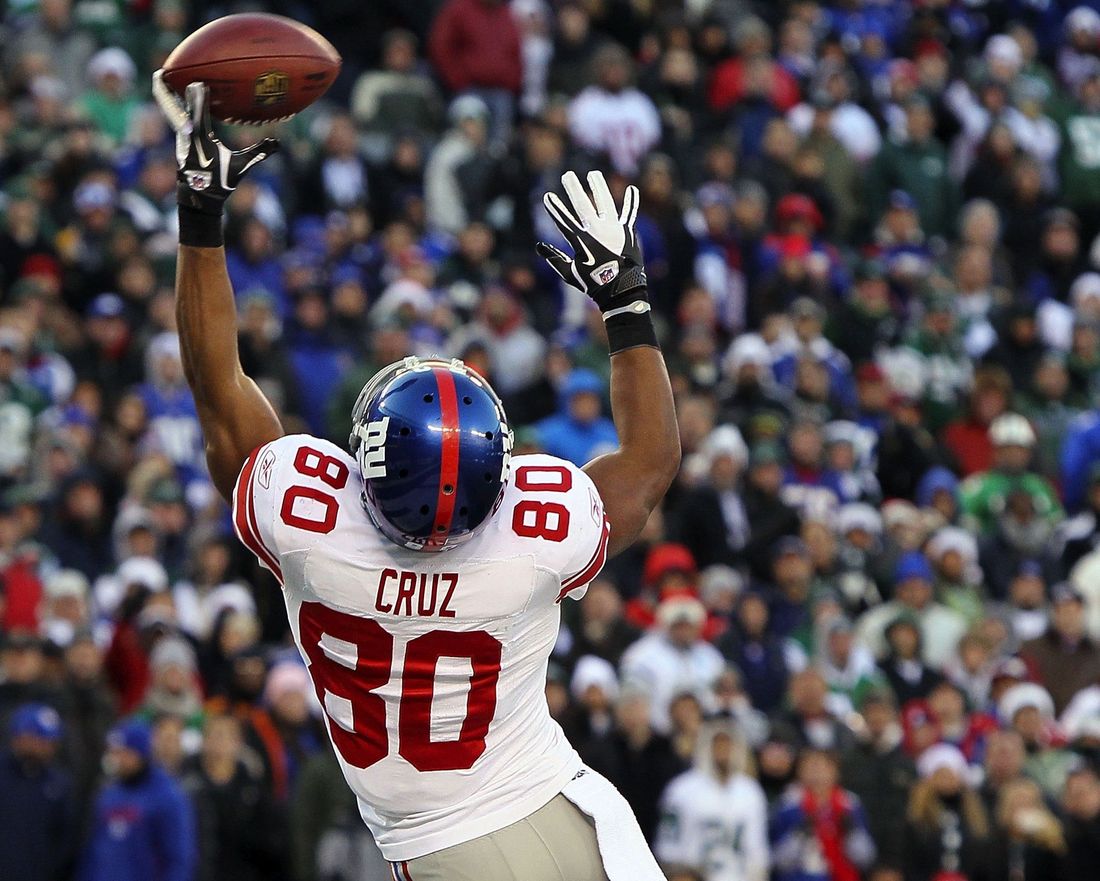