The 2012 Pro Bowl will take place at Aloha Stadium in Hawaii on Sunday, January 29. The annual All-Star game nicely bridges the gap between the final round of playoffs and Super Bowl XLVI, so NFL fans don't have to spend a week without football.

During practices this week, the AFC and NFC players took the time to model the 2012 Pro Bowl uniforms for their respective teams. Since the game takes place in Hawaii and the NFL doesn't for one second want you to forget that, there were the requisite floral leis and hula dancer-esque models, also decked out in the team colors. Cam Newton in particular seemed to be having an especially good time. 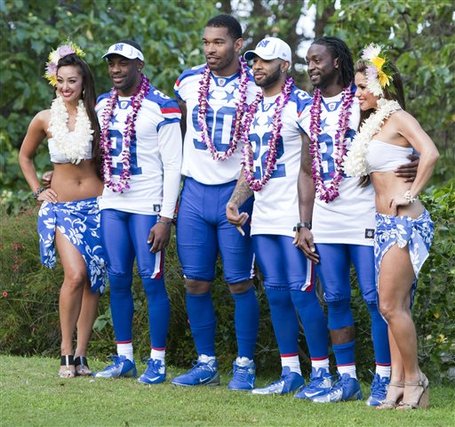 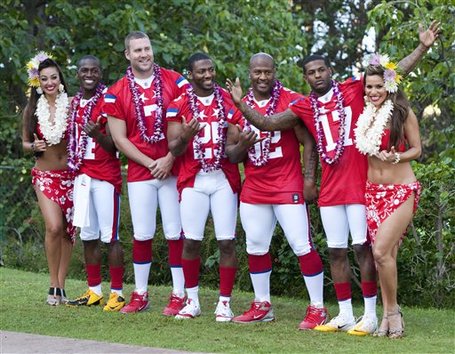 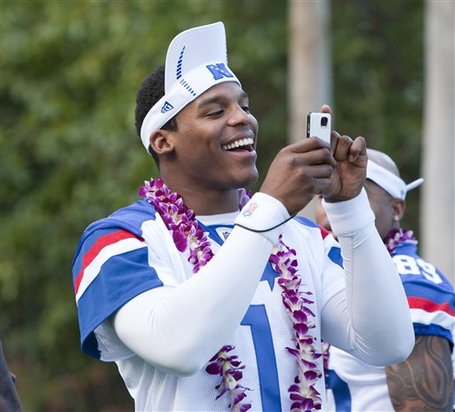 For updates leading up to the Pro Bowl and the Super Bowl, stick with SB Nation's NFL hub.