NFL Debrief: Saints aren't perfect, 3 other teams are and Peyton Manning's back (again)

The Cardinals, Texans and Falcons stayed perfect through the first month of the season and Manning looks like Manning again.

Share All sharing options for: NFL Debrief: Saints aren't perfect, 3 other teams are and Peyton Manning's back (again)

Three teams remain undefeated as the fourth week of the NFL winds down. The Arizona Cardinals, Houston Texans and Atlanta Falcons all remain perfect. Arizona and Atlanta escaped with narrow victories while the Texans, who have won three of their four games by three touchdowns, had no problems with the Tennessee Titans, who lost both Jake Locker and the game.

On the other side of things, the New Orleans Saints and Cleveland Browns are both winless a month into the season. As we all expected, right?

We'll start with the good from Week 4:

The biggest surprise in the NFL: Arizona Cardinals

The Cardinals' defense and the team's 4-0 start has been the story of the first half of the year, but on Sunday in an overtime win over the Dolphins they only needed a pair of big defensive plays.

The first one came when Cards linebacker Daryl Washington sacked Tannehill, forcing a fumble, which the Cardinals recovered. That turned directly into points when the Cardinals' offense moved down the field.

The second one came when Tannehill was picked off -- he was hit as he threw -- and Kerry Rhodes made the interception. This one came in overtime and ended up sealing the game as Jay Feely kicked the game-winer.

The Cardinals' wins have come by four, two, 21 and three points. Sometimes being lucky is as useful as being good. 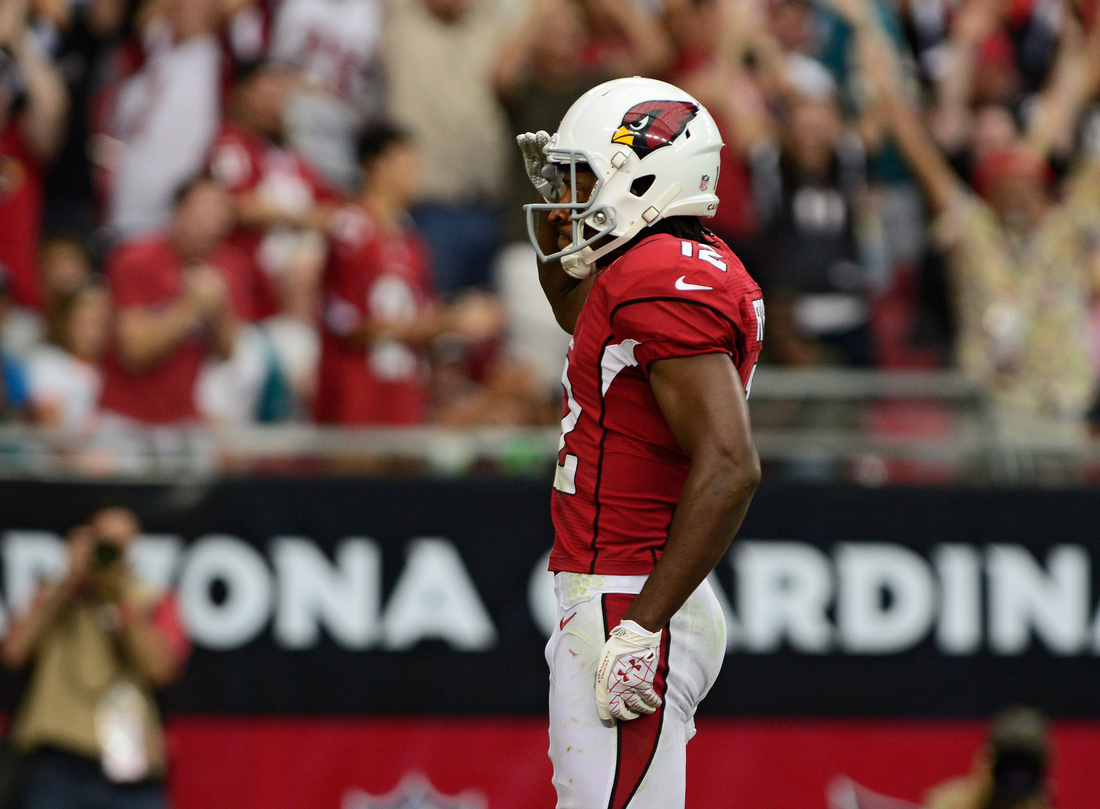 The biggest disappointment in the NFL: New Orleans Saints

Man, oh man. How can a team this good be this bad?

But I can't believe that they're this bad.

The Saints will not make their playoffs and the easy explanation is the loss of Sean Payton as the head coach this season. But that can a head coach be worth that much? The Saints, especially the defense, don't look like the same team. 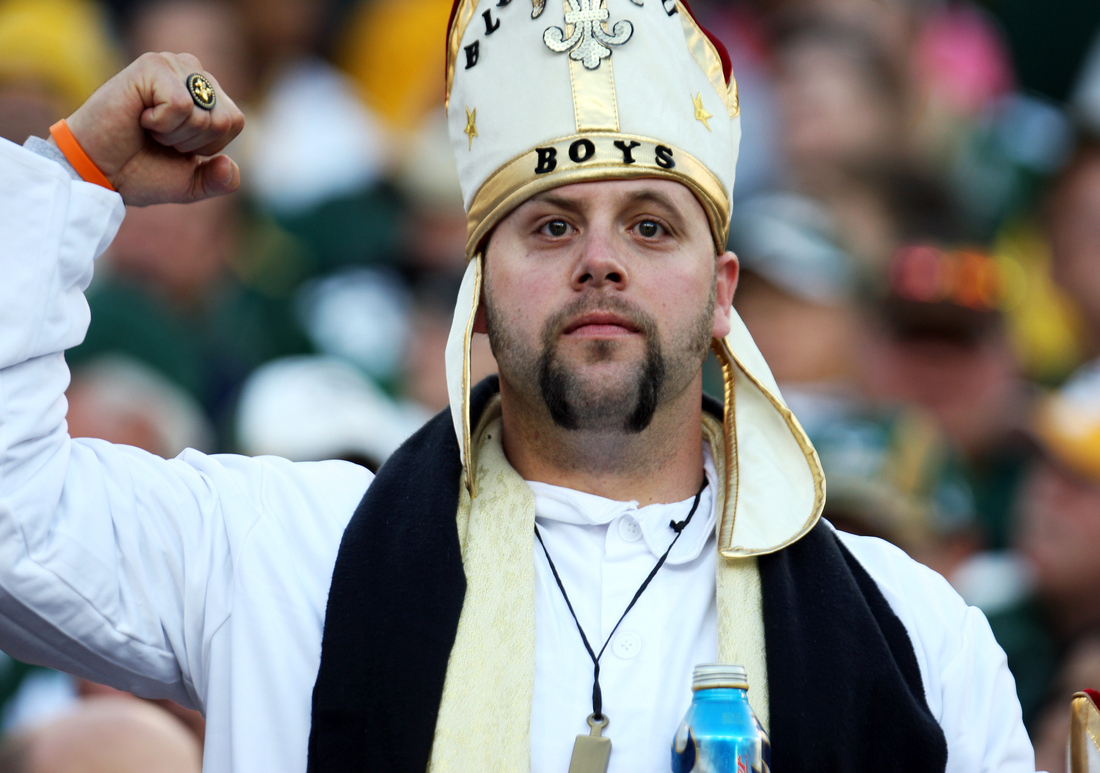 The best way to start a game

The blocking is nice, but this is Percy Harvin saying he's faster than everyone on the field. Look how quickly he pulls away in the open field, even as the Lions appear to have a shot at closing in on him near the sidelines. This is deflating to the Lions because in 12 seconds they're already down seven points.

Making matters worse is that this was not the only special teams' touchdown for the Vikings. A punt return touchdown in the third quarter sealed the deal, putting the Vikings up 14 points.

We should also take a minute to appreciate the Vikings' start this season. I was one of those who ranked them near the bottom of the league to start the season -- there was no way they were going to compete in the NFC North -- yet here they are, a quarter of the way through the season, with a 3-1 record.

The best hit of the week

The concern with RGIII is that as he uses his feet more he'll take more shots and eventually land on the injury report. He's been hit hard so far this season -- some might say the Rams hit him too hard -- but he stayed healthy enough to lead the Redskins on a game-winning drive against Tampa Bay (and call his own plays!).

Brandon Meriweather was chasing a ball down in pregame workouts and ran into Aldrick Robinson. They both went down and they were both ruled out of the game in one of the most random pregame injuries I remember seeing.

Packers get screwed but by the real refs

Two things about this play.

First, congrats to Drew Brees for tying Johnny Unitas' record of a touchdown in 47 consecutive games. Many people thought that was one of those records that would never be broken but he looks like he'll extend it for a long time.

Second, look at the Marques Colston push-off. Now, these are the real refs -- not the replacements -- so the built-in excuse for the missed call isn't there, but that's a tough pill to swallow for a Packers team that knows a thing or two about getting screwed by the refs. The play ended up not mattering after the Packers topped the Saints, 28-27.

In Week 1 he was definitely fine completing 73 percent of his passes and two touchdowns to no interceptions in a Broncos win.

In Weeks 2 and 3, he struggled -- both Broncos losses -- and we were left wondering what happened to his arm strength.

But now, in Week 4, we're back to saying Manning is just fine after he had his best game of the season -- 30-of-38 for for 338 yards and three touchdowns to no interceptions. These are the types of games we're used to seeing from Manning,

It's a good thing Manning is back to being good -- the Patriots are up next. 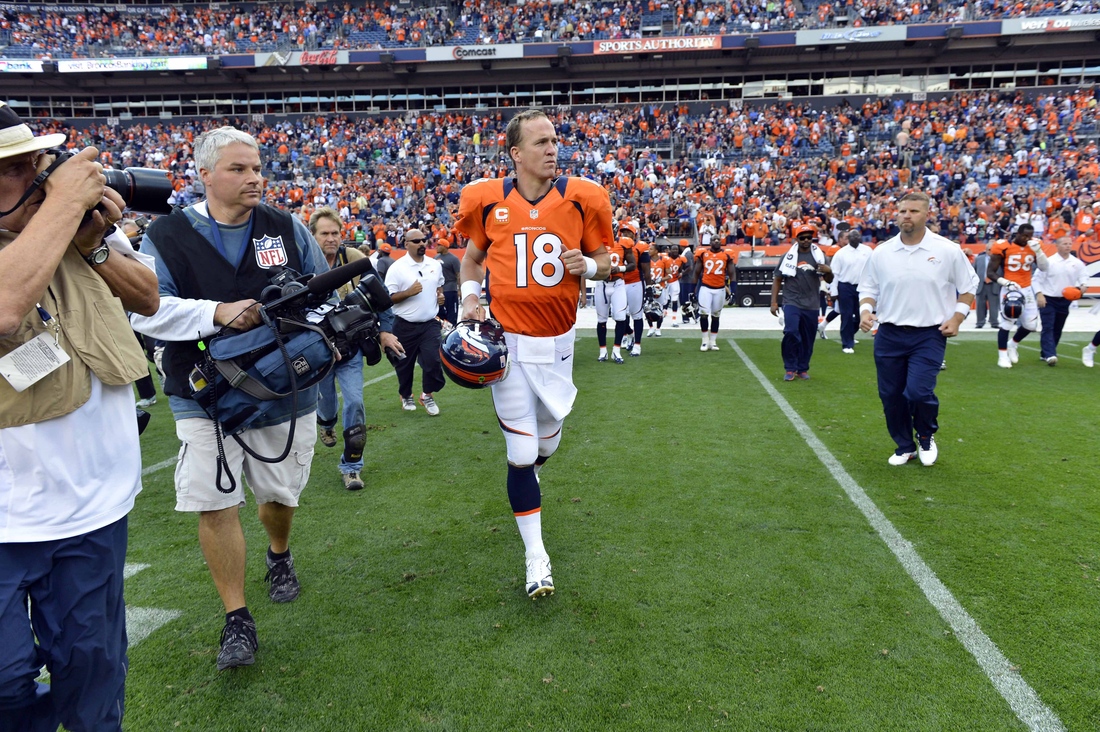