The Browns are winless but that won't last long. They're going to beat the Bengals this weekend. That and more NFL picks for Week 6.

Five weeks in and we still know very little about the NFL. I had the Titans as a surprise playoff team, and they've been awful this year. I had the Vikings as one of the eight worst teams in the NFL and they're 4-1. The Packers were going to make it back to the Super Bowl but they're under .500. The 49ers ... well, they're awesome as expected.

Let's take a walk around the NFL schedule for Week 6 and make our picks. (These are all 100 percent accurate, as always.)

The Steelers are a 5.5-point favorite on the road but that's not enough. The Titans aren't just losing right now, they're getting blown out. In four of their five games, they've lost by three touchdowns. So, why then, would we think they'll keep it close against Pittsburgh? I have no idea.

The Chiefs' defense held the Ravens, one of the best offenses in the NFL, to only nine points in Week 5. The Bucs have been playing better, as well, but not winning games (if that's possible). They're on a three-game losing streak, games they've lost by seven, six and two points. It's likely the homer in me (I'm a Chiefs fan so it's definitely the homer in me), but I think Kansas City's defense will contain the Bucs' offense. (Please don't mock me for being a Chiefs fan.)

Momentum matters. The Colts are coming off a huge win over the Packers where Andrew Luck led the game-winning drive. The Jets, meanwhile, are coming off two straight losses -- a 34-0 blowout to the 49ers and a 23-17 Monday night game against Houston. New York has no confidence in its offense, especially the quarterback position, while the Colts seem to like where they're at in that regard.

Is this the week the Browns can win a game? The Bengals are slim favorites, according to SB Nation's NFL odds page. The Browns have been playing better as of late, taking it to the Giants for at least one half in Week 5. They're not getting blown out -- they're staying in games. This is the week they finally do it. They'll get a W behind 100-plus yards from Trent Richardson and an efficient day from Brandon Weeden. 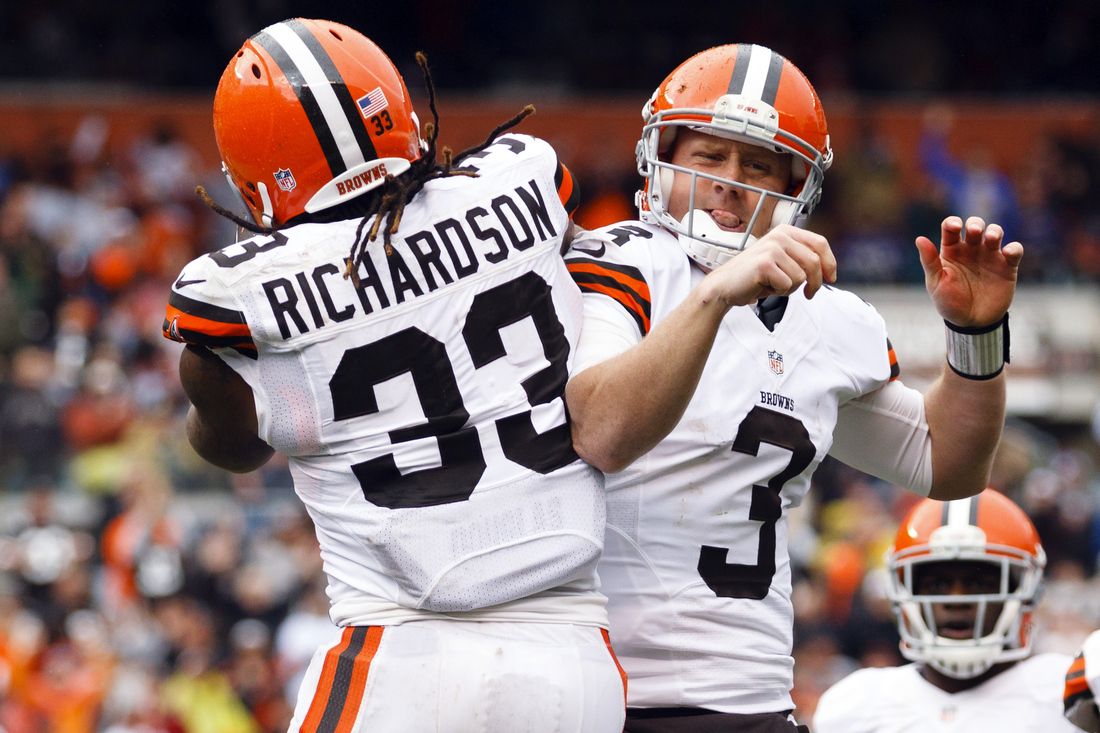 I'm still not sure what Oakland does well. The Falcons, meanwhile, are undefeated. Even though they've struggled in the past two weeks, the Falcons have this one in the bag.

Dolphins fans are upset with me because I ranked them 26th in our most recent NFL power rankings, and rightfully so. The Dolphins are a better team than that, especially with two of their three losses coming in overtime. This one's for you, Dolphins fans.

I have this as the third best game of the week. The Ravens have one of the league's best offenses, but only put up nine points against the Chiefs last week. Their defense, though, remains elite, which will be a problem for the Cowboys and the third-worst offense in the NFL. Dallas needs to put up more than the 16 points per game they're averaging right now to have a chance. Unfortunately for Cowboys fans, they won't do that. 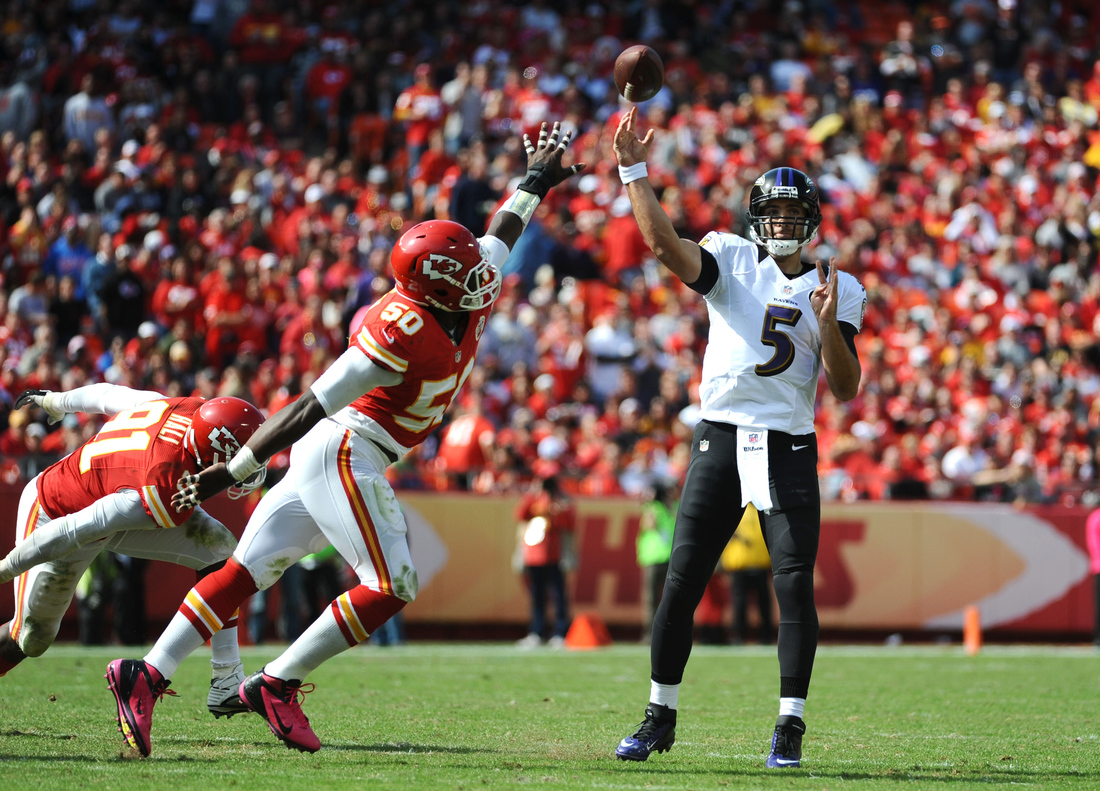 Does anyone have a good read on the Bills yet? The only thing I really know is that their defense is miserable. The 97 points it has given up in the last two weeks is impressive. I mean, you gotta try to hit that number defensively. The Cardinals can limit the Bills and force them into mistakes, perhaps with Ryan Fitzpatrick and his eight picks this year.

Game of the week right here. The Giants won last year's match-up and currently have the second-ranked offense, but the 49ers are on an absolute tear right now, winning their last two games by a combined 79-3. You can't pick against a team playing that well on all sides of the ball.

So, who had the Vikings at 4-1 after five weeks? Anyone? I'm a little late to the party on the Vikings, but they're a three-point loss to the Colts away from being 5-0. The Redskins could be without their starting quarterback, Robert Griffin III, who is recovering from a Week 5 concussion. That's not a good situation facing the league's sixth-ranked defense. 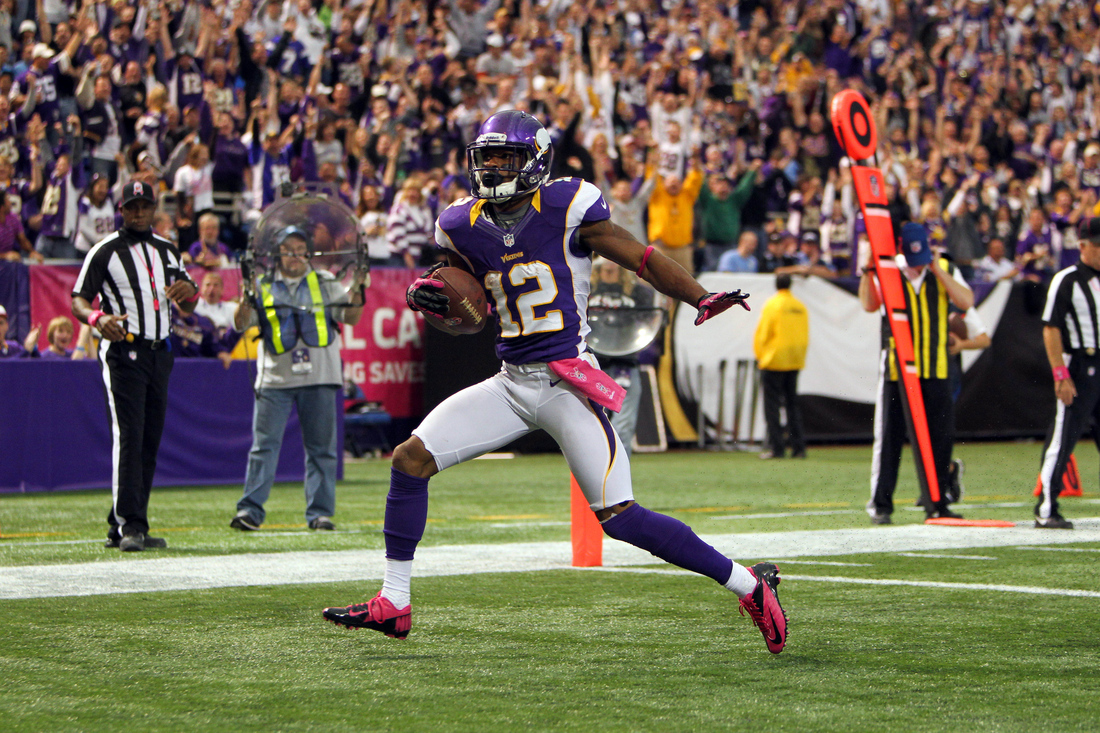 The other game of the week? The Packers are only 2-3, but most would agree they're still one of the most talented teams in the league. They'll be facing the team that's been ranked No. 1 in SB Nation's power rankings for two consecutive weeks. The Texans look legit and they've barely been challenged this year. Houston wins, but this one goes to the wire.

This is a big game in the AFC West. The Chargers hold a one-game lead over the Broncos and this is one of those games that could matter at the end of the year with tie breakers. In his last three games, Peyton Manning has thrown for eight combined touchdowns and at least 330 yards, but two of those games have been losses. Manning's big numbers won't matter in San Diego.