The Jimmy Haslam era is here and changes are coming

Jimmy Haslam, the new owner of the Cleveland Browns, is making just one personnel change, for now, but it's a big one for the future of his team.

Share All sharing options for: The Jimmy Haslam era is here and changes are coming

Chicago - Jimmy Haslam, the new owner of the Cleveland Browns is a people person. His business philosophy from his day job as the head of Pilot Flying J truckstops derived from hiring the right people and letting them do their job. That notion was behind his decision to hire Joe Banner as the Browns new CEO and let Mike Holmgren ride off into retirement.

Buzz about the changes in management burned have burned up the wires in the months since August, when Haslam took the first steps toward becoming the owner. News of Holmgren's exit and Banner's hire were finally confirmed on Tuesday morning, setting off another wave of speculation about what exactly happened behind the scenes.

"Mike has decided that with our becoming the owner that his role would obviously change," Haslam revealed. "Mike was brought in to be the president, and I think in a lot of ways the de facto owner. Mike has decided at the end of the year to leave the Cleveland Browns and effectively retire."

Banner will become the team's CEO on October 25, the same day the sale of the team closes. Holmgrem will stick around through the end of the season to assist with the transition.

"Candidly, I've spent more time with Mike than anybody in the organization," Haslam said. "He will work very closely with us over the next three or four months to make sure this transition goes as smoothly as possible. I knew that he has been and still is committed to doing everything he can to make the Cleveland Browns a better football team." 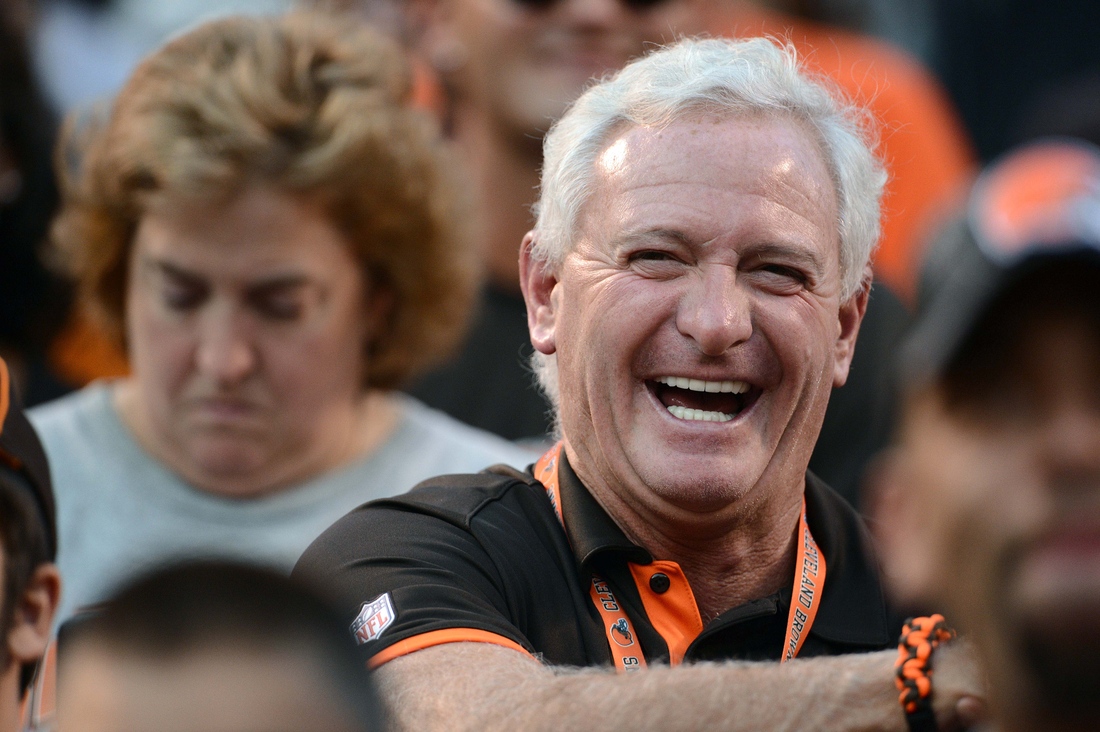 The reality rarely matches the sensationalized version of things. Haslam painted a picture of a coaching legend who was tired of carrying the load for a moribund franchise. He saw his opportunity to exit and took it, but Holmgren still has some work left to do. He will stick around to assist Haslam and Banner with the transition.

"I think Mike was brought in to do a certain role, and that's the kind of guy Mike is," Haslam said of the man who has become something of a confidant to him. "I don't think he wanted to do a different role."

No two individuals have been as central to Haslam's induction into NFL ownership as Holmgren and Banner.

"If you think about the experience that the two of them have, it's probably over 50 years of experience in the NFL," Haslam said. "I don't think we could have two better people help us turn this transition around. We're very excited about that."

Haslam also acknowledged that he would not hesitate to reach out to Holmgren again, down the road, to answer questions.

"Once it became apparent in late July that we might have an opportunity, we started talking to a couple people," Haslam said when asked how he became involved with Banner. "One of the people we talked to early on was Joe. His track record in Philadelphia is outstanding. His commitment and work drive and passion and intelligence to make the Browns a winner is something we're very excited about." 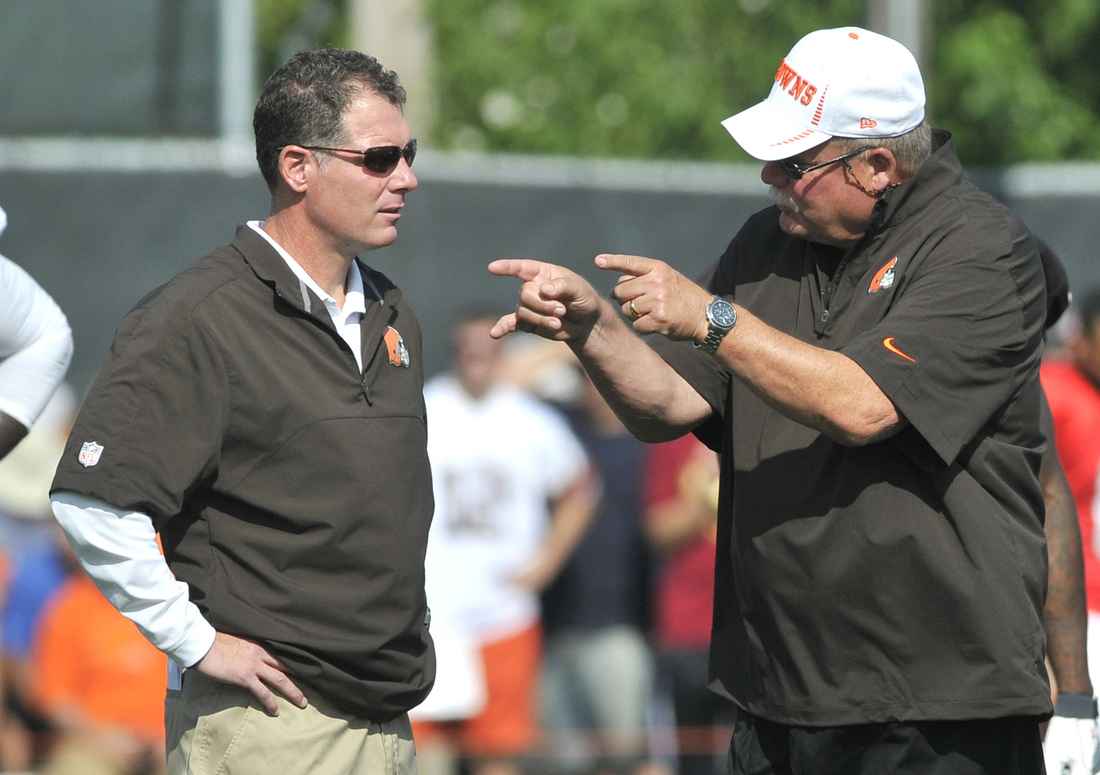 With the Eagles, Banner worked with contracts and the salary cap, not personnel. That could change with the Browns, but the details of his his role have not been laid out at this point. "Football," as Haslam called the personnel side of things, will report to Banner.

"Running a company like Flying J, we've hired a lot of seasoned senior executives," Haslam explained. "I think we know that process, we know how to understand it and go about it and feel good about the hire of Joe."

For now, that will be the only personnel change made in Cleveland.

"I know there will be questions about personnel. I will tell you exactly what I told Pat Shurmur on Saturday night, and the other key people of our organization, this is the only personnel change we're going to make until the end of the season. At the end of the year we'll evaluate everybody in the organization."