Ravens vs. Texans Preview: The game of the millennium of the week is in Houston

Share All sharing options for: Ravens vs. Texans Preview: The game of the millennium of the week is in Houston 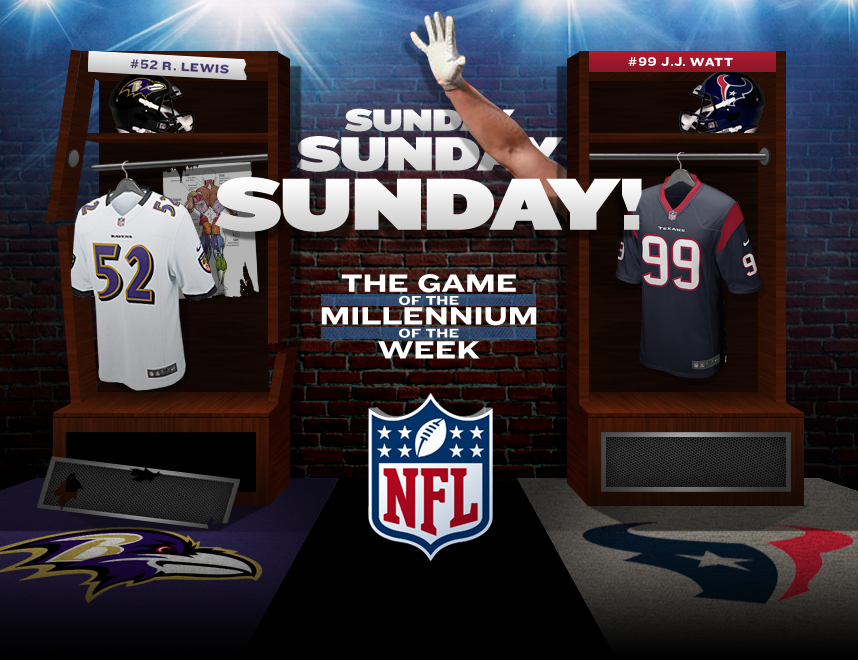 There is absolutely nothing funny about the Baltimore Ravens and the Houston Texans. Nothing. Both of these teams take football very seriously. Laugh at the Ravens and Ray Lewis may just come to your house and give you one of his infamous pregame speeches. It would make you feel guilty for ever doing anything at something less than 110 percent. Laugh at the Texans and you will be forced to have a conversation with Gary Kubiak, proven to be three times more effective than the combination of Ambien and a $12 liter of vodka.

What forces have sucked the fun out of these two teams? Both tend to jettison characters that draw tabloid fodder or smash square pegs into the rounds holes of the system. That system is derived from a simple formula: win games with an outstanding defense and a slightly above-average quarterback.

With the humor gone and the outsized personalities removed from the equation, what is there left to watch here? Plenty. Fumble recoveries, linebackers pointing menacingly at so-called skill players, running backs fighting for mere inches, this game is for those of you who enjoy arcane football tactics executed by the bigger, faster and stronger players of the modern NFL.

As far as the outcome for this games goes, the NFL is an unpredictable thing. The rematches usually end up disappointing or missing the predictions. Don't be surprised if this game, billed as a defensive struggle, turns into a shootout.

At first Arian Foster's twitter account is great, but then you realize he's basically a real-life version of that fake Will Smith Twitter, and then it gets more complicated. He's still a kickass running back, though.

It's really great to have Wade Phillips coaching a winning team again, particularly since he plays such a crucial role in Houston's success. Because Wade Phillips is fat, and as we learned way back with Notorious B.I.G., there can never be enough surprisingly successful fat people in this world.

Whether you are throwing a pass or trying to run at him, your dreams of offensive success will be most likely swallowed up by J.J. Watt. (Also: How many people would've have expected a white defensive lineman to be in the MVP mix halfway through the year? When did we travel back to 1976?)

It's not even a little bit surprising that Ed Reed is playing with a torn labrum this season. Of course he is. And of course nobody noticed. He's Football Jesus. The day Ed Reed retires is the day we should all just cancel football and start watching a different sport.

Yeah, Ray Rice is a monster. But he's also the most boring Best Running Back Alive in the history of the NFL. He just is, and it's upsetting. We need Chris Johnson back.

Ah, memories. He's not playing in this game, but he's on the way back as of this week, and with Ray Lewis and Ladarius Webb out for the year, the Ravens need him more than ever. Also, he and the other injured Ravens will be shown on the sidelines roughly 5,000 times this weekend. Get to ready to ball out, son.

The City of Houston was founded by a pair of New York real estate tycoons who sold potential residents and businesses on the area's many picturesque waterfalls. There are no natural waterfalls in Houston. 19th century real estate was an amazing business to be in if you were a remorseless compulsive liar.

Today, the home of the Texans is larger in area than the entire state of Maryland. It is known for its sprawling layout, bold ethnic fusion cuisine, and crippling heat and humidity. The city has two ring roads, with the second being a toll road you can avoid by driving on another free, non-toll road running right next to it. Houston is also building a third ring road at this moment because Houston really likes ring roads.

Locals of note include Rice Professor Bun B, all of the members of ZZ Top, Beyonce Knowles, and professional wrestler Booker T. Do not attempt to sell limburger cheese in Houston on Sundays: it is illegal to do so. A final warning: please do not drive near the Metro Rail, because it is designed to create as many car wrecks as possible. 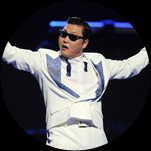 Who will do the crazy pregame dance routine with Ray Lewis out?

With Ray Lewis down to half a wing due to his torn triceps tendon and out for the season, who comes out of the tunnel and does his classic pre-game dance to send the players and fans into a frenzy? Options to lead this tradition have led to calls for Ed Reed, Ray Rice, Terrell Suggs (when he returns), a Michael Jackson impersonator, Lady Gaga, Korean star Psy, who sings "Gangham Style," and for those who go back to the '80's,the lead singer from Midnight Oil. 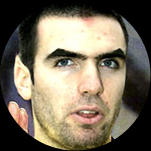 How high can Flacco rise on the list of great unibrows?

Ravens QB Joe Flacco's wife has done what she can to take the hedge-clippers to his NFL-leading unibrow. However, he still rates among the best of the single-eyebrows, passing Colin Farrell, George's Bush and Harrison and Entourage's Adrian Grenier, but still far behind singer Susan Boyle and the top brow, Bert from Sesame Street. 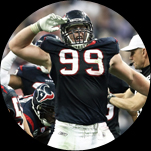 Is there any truth to the rumor that the City of Houston has declared that all children born within the city limits between September and February each year must heretofore be named "Justin James" or "J.J.," regardless of gender, in honor of J.J. Watt?

It's not official yet, but the Texans are working hard to get it on the ballot in November. Early polling on the proposed referendum is favorable. Which is to say that there is not a single person who would vote against it. If J.J. Watt decided to run for Dictator for Life right now, he'd win in a landslide. 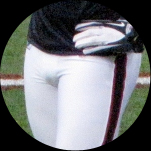 How uncomfortable must it be for Johnathan Joseph to have so many strangers fixated on his groin?

That's really more of a rhetorical question, I suppose. Nevertheless, if I was in J-Jo's shoes, I reckon I'd find the obsession with my nether regions a bit unseemly. Then I'd remember I was Johnathan Freaking Joseph, Shutdown Corner and Scion of Coverage, and I'd be fine again. I'd also refrain from watching tape of or thinking about how suddenly human I looked against the Jets and Packers. Then I'd have a snack...I need to stop this before it goes any further. 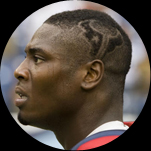 How will Jacoby Jones be greeted in his return to Reliant Stadium?

The first time we see Jakespeare back to receive a punt, every Texans fan at Reliant Stadium will immediately drop whatever is in his or her hands, make a futile effort to recapture said dropped item(s), and then start talking about how next year is the year that we're going to put all of our skills together to take the next step. We really mean it this time. 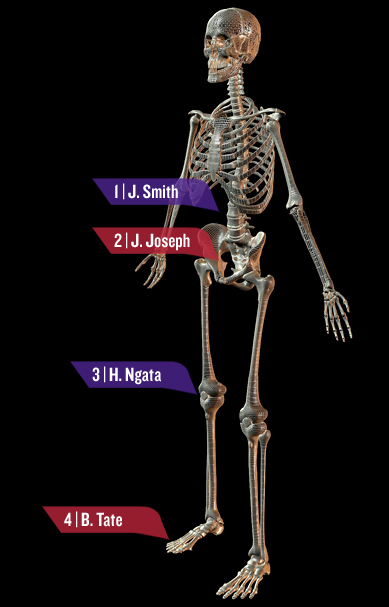 Only the Ravens could lose a starter like Ladarius Webb and replace him with a first-round pick. He isn't going to let a little old ab injury stop him from playing this week.

The lynchpin of the Texan's secondary has been hurting for a couple weeks now. Won't somebody in the greater Houston area give this man a special groin massage? He'll either play through it again this week or cede his spot to a backup. Either way, someone's getting torched by Torrey Smith.

Ngata banged up his knee terrorizing the Cowboys last week. He will play this week, and Haloti Ngata at less than 100 percent is still 110 percent of most defensive linemen.

There is nothing funny about a toe injury, especially when a team's offense depends entirely on the running backs. Tate's digit is healed and he should be free to toil more in Arian Foster's shadow. 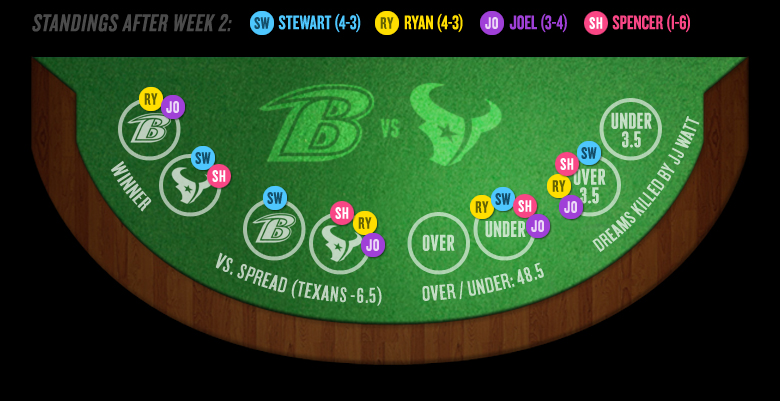 Statgasm: Leave Your Lion at Home 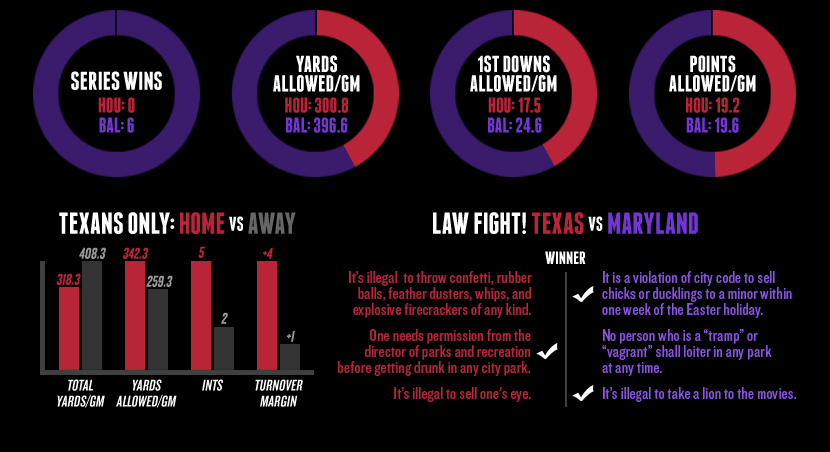 Come on celebrities. Do better.

This is why we don't gamble, kids. I have lost on the Seahawks-Packers call of the century and lost on Seahawks-49ers declined safety. #Fate