Can the Atlanta Falcons win out in a tough NFC? Is there any team in the AFC that can challenge the Texans? The NFL playoff picture is a complicated one, but we have some answers.

People, it's Week 8. Do you know where your NFL season has gone? It's racing by right before your very eyes, soon to leave you disappointed in one way or another, unless the team you personally champion somehow finds its way to New Orleans this February, standing dumbfounded and clutching a shiny silver trophy.

To assess whether or not you should just go ahead and stop watching or stay engaged for a few more weeks at least, here is a snap assessment of the playoff picture. Sure, things could change between now and the end of the year, but it's never to early to dream ... or to give up.

If the playoffs started this weekend, this is how things would look in each conference and the wildcard weekend matchups.

How terrible is the AFC right now? It's like the cosmos decided to take the imbalance created by the relative success of the NFC West and distribute it throughout the entire AFC. Houston is obviously head and shoulders above the rest, thanks to dismantling the Ravens, 43-13, last week.

Maybe the cynical take is the wrong one. Maybe this is just parity at its finest. The beauty of the AFC is that any of these teams, most of them, could finish the season with a higher seed or completely left out. Teams left out of the picture now could end up getting a bye in the first round.

Yes, that is correct: there are three teams from the NFC North in the race for the playoffs. Outside looking in, far outside, is Detroit. More than a few us had the Lions winning the division, even more had them ticketed for a wild-card berth.

*Obviously these are subject to change. Please use the comments to direct angry screeds at the appropriate persons. The NFL does not have restrictions about teams from the same division going head to head in the opening round of the playoffs.

Dolphins at Patriots: I suppose anything could happen, but ask yourself, answering honestly, would you really bet against the Patriots facing the Dolphins?

The winner plays the Texans, and will probably be going home.

Chargers at Broncos: I wonder what kind of lead Norv Turner would blow in this game? If Denver surmounts a deficit greater than or equal to 30 points, heads might actually roll in San Diego. If it's less than that, SUCCESS!

The winner plays the Ravens. An inspirational speech by Ray Lewis could be the difference. 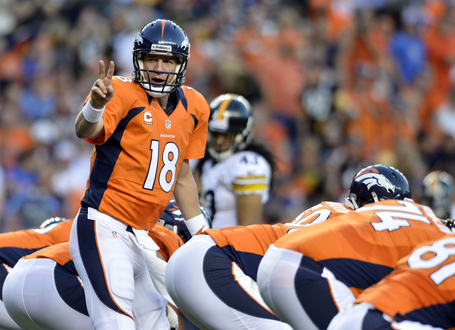 Packers at Giants: Yes, please. This would be a fantastic game, probably one decided by last-minute miracles. Fans of the losing team would immediately take to the Internets, flooding your timelines recounting a single play and noting how their team was good enough to go to the Super Bowl. The winner probably will go to the Super Bowl.

The winner here moves on to play the Falcons. I would favor the current version of the Falcons, the team that's burned the AFC West. Would this be the same team in January? 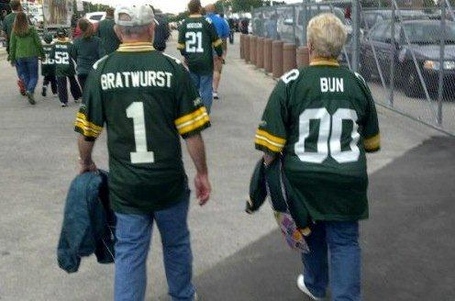 Vikings at 49ers: Rematch! Minnesota stunned the 49ers in Week 3, and we decided that maybe this Vikings team was no fluke after all. Could Minny do it again on the road?

The winner of this one would travel to Chicago to inject itself into the Jay Cutler debate. If you believe that defense wins championships, you should probably take the Bears.

It's a jumble out there, amirite? The league's arteries are clogged with teams hovering around .500, almost of any of them could stumble into the playoffs. It's not a good thing or a bad thing, just a thing.

Dallas Cowboys -- We'll know more about the Cowboys this week with the Giants in town. Physicists at the University of North Texas are now calculating an equation for how many picks Tony Romo can throw and the Cowboys still make the postseason.

Philadelphia Eagles -- Sure, firing Juan Castillo will make it all better. Everything.

Seattle Seahawks -- This is a win for short people everywhere.

Cincinnati Bengals -- I thought the Bengals might challenge for the AFC North this season. I even brushed up on playoff blackout rules in case they had a game at Paul Brown Stadium.

New York Jets -- Mark Sanchez has $58 million reasons that he could take or leave the playoffs. He's getting laid either way.

Pittsburgh Steelers -- Ben Roethlisberger should just learn to accept Todd Haley's dink and dunk offense, unless the Steelers do want a chance to play in January. 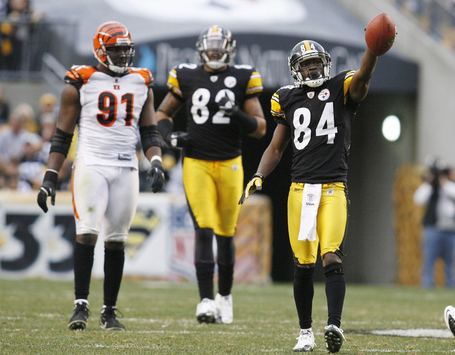 New Orleans Saints -- By my calculations the Saints only need to win 16 more games this year to make the playoffs. Wait. That's not right. Eventually though, the defense is going to figure out what the hell Steve Spagnuolo is talking about, and when that happens ... hello .500!

Indianapolis Colts -- The Colts really don't have the team for postseason play, but they do have Andrew Luck and the fortune of playing in the AFC. Think of the insufferable Jim Irsay tweets if they do manage to sneak in.