'Broke', and the truth about athletes and money

ESPN's 30 for 30 series returned Tuesday night with "Broke", a documentary about pro athletes going bankrupt. But for a film with plenty of promise, it never really delivers. Let's talk about why.

Share All sharing options for: 'Broke', and the truth about athletes and money

We're about 70 minutes into "Broke" and a journalist is talking about championship rings. "You'd never think that you find the ultimate prize," he says, "the thing a player will be buried in his coffin with, on Ebay. But you see them pop up after every Super Bowl, after every championship."

This is the basic problem with "Broke". Maybe that would make my mom gasp, but to anyone who's ever followed sports, it's not news that players sometimes go broke and sell their prized possessions. ESPN's 30 for 30 series is known for telling stories that go dig deeper than that, but "Broke"--the documentary that "digs into the psychology of men whose competitive nature carried them to victory on the field yet seemed to ruin them off the field"--never actually breaks the surface.

The movie opens with a black screen and two ominous statistics:

Okay, well the NBA stats aside, back in August, former NFL player Stephen White helped debunk the NFL myth. That statistic first appeared in USA Today back in 2006:

Experts say a high percentage of those men will be thrust into the so-called real world with few marketable skills to increase their wealth and serious self-identity issues that often make the transition from the game a perilous one. In fact, 78 percent of all NFL players are divorced, bankrupt or unemployed two years after leaving the game, according to Ken Ruettgers, a former player and current advocate for NFL players transitioning from professional sports.

So, yeah: It certainly sounds like "78 percent of the NFL goes bankrupt" has taken on a life of its own the same way half of America really believes that there's a spike in domestic abuse cases every Super Bowl Sunday.

And either way, this is the sort of work "Broke" could've done--debunking various myths about pro athletes going broke and wondering why everyone wants to believe them. Instead, we got anecdotes from dozens of players and financial experts explaining that many young athletes spend money on dumb things, trust the wrong people, get exploited by women and family, and often end up broke. It was like an 80-minute Real Sports segment that someone forgot to edit down to five minutes.

I held out hope right until the end, because 30 for 30 documentaries have typically been awesome, and because I've enjoyed everything Billy Corben's ever done, and because come on, they couldn't possibly put together an 80-minute move where nobody says anything remotely new.

Bart Scott was the only current professional athlete who agreed to participate, and for most of the film, they show him right alongside the other broke athletes. He talks about "making it rain", he talks about a fox fur coat he regrets buying, and in the end, the movie tells us that he signed a $48 million contract in 2009. They never add that he's a model for financial responsibility, and in 2011 MSNBC wrote "Scott said that he will have his home, cars and the educations of his two children paid off in full this year. He plans to eventually walk away from the NFL debt-free." Pretty telling that in a movie about a complex problem, a famous outlier goes more or less unmentioned. AND HE'S IN THE MOVIE.

Instead we get people like Herm Edwards screaming, "You don't know when your career's gonna end!" and Darren Rovell telling stories about Rickey Henderson's pay checks, or some random expert explaining the concept of making it rain ("That sets you apart from the rest of the participants in that club, because no one else is doing that"). See how this is a waste of time?

Which isn't to say that are no interesting pieces, like Bernie Kosar talking about helping his family:

"My father, every single day of my life growing up, I was gettin him a cold one, gettin him a beer. It was something that, you know, affected me, because if you didn't do it fast enough, you know, you're gettin hit with the belt. I don't like to remember that, I don't want my dad to be angry like that. Maybe if, uh, I let him have the money, that that stuff would make him happy and go away."

Like millions of Americans who never played pro sports, Kosar went bankrupt in 2009 thanks to the real estate collapse, and honestly, if the entire documentary had been about him, it would've been 10 times better. Let HIS story tell a story. Or maybe Leon Searcy, who went from an All-Pro millionaire to a software sales rep. What's THAT like? What's his life like now?

But that's the thing: the most compelling parts of the film just become infuriating, because a few seconds later it cuts to some financial planner explaining something that's completely fucking obvious. We don't need experts to tell us that buying a record label is probably not a great idea, and it's pretty insulting to say that it's a problem specific to athletes. Athletes go broke for the same reasons movie stars go broke and for the same reasons the kid in "Blank Check" went broke. 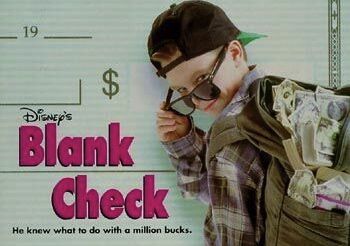 You watch this movie and you realize how great a documentary on broke athletes could be, and also realize that this is definitely not that documentary. It's a movie that poses as a great non-fiction book but plays more like a David Brooks column.

I love Billy Corben, I love Pablo Torre--the journalist we quoted at the beginning of this, whose Sports Illustrated story inspired this film--and 30 for 30 is great. So given the people involved, and the promises this movie made about "digging", I guess I was hoping for something more. A movie where the "real talk" isn't a bunch of scared straight nonsense from Herm Edwards and a few financial planners, but a look at why athletes going broke is really not that surprising when you consider how often average Americans go broke. And maybe a look at why so many sports fans who love athletes revel in athletes going broke, and why there's an entire sub-genre of sportswriting dedicated to chronicling that downfall. Or something touching on how, when you look at athletes and money, there are more stories about what they do wrong than what they do right. Instead we got "Blank Check" for sports fans, and another opportunity to gawk at how ridiculous athletes can be, without ever acknowledging that the truth about athletes and money is that it's really a story about how ridiculous humans can be. So what if I told you "Broke" was part of the problem?