NFL picks Week 11: Colts-Patriots, Bears-49ers and the best rivalry in the NFL

The 2012 edition of Ravens-Steelers kicks off on Sunday night.

Share All sharing options for: NFL picks Week 11: Colts-Patriots, Bears-49ers and the best rivalry in the NFL

Lots to talk about in Week 11. We'll start on Thursday night.

We've suffered through a lot of Thursday night games this year. Bucs-Vikings, Chiefs-Chargers and Colts-Jaguars to name a few. This is a rivalry game so it's (probably) not the worst matchup on Thursday night this year, but it's close. Actually, it might be the worst.

This would be a great matchup ... in Week 5. Back then, both the Cardinals and Falcons were undefeated at 4-0. The Cards have imploded since then, losers of five in a row. The Falcons, meanwhile, lost their first game last week. Atlanta's running game will eventually be an issue but not on Sunday against Arizona.

More people should be talking about the Bucs. They're 5-4, winners of three in a row and currently one of the top offenses in the game. Did anyone realize this is the third-ranked offense right now? They haven't had fewer than four touchdowns in a game since September. This is one of the hottest teams in football right now.

I can't see the Packers playing the Lions and not mention the Suh stomp:

Everyone's had this game circled on their calendars all year long. The game of the week between two perennial powers.

Wait, what? This actually isn't a big game? Then why are the Cowboys selling commemorative t-shirts for it?

Michael Vick won't play, so this game loses some luster but with any Eagles game from here on out we're going to be on Andy Reid watch. He could get fired at any time. Or he could convince management that they have to go to Nick Foles right now, which could buy him another year or two. That's the game that's going on right now.

This is one of the saddest matchups of the week, and I'm not talking about the crowd in St. Louis. The Jets are a clown show at this point. Not even a real football team. Just there for our entertainment.

If Jets-Rams is the saddest game, then this is a close second. The Bengals actually have hopes for this season, so they have something to play for. The Chiefs, meanwhile, are deciding between Brady Quinn and Matt Cassel.

Let that sink in for a second. Chiefs fans are hoping Brady Quinn plays. This is what it's come to. 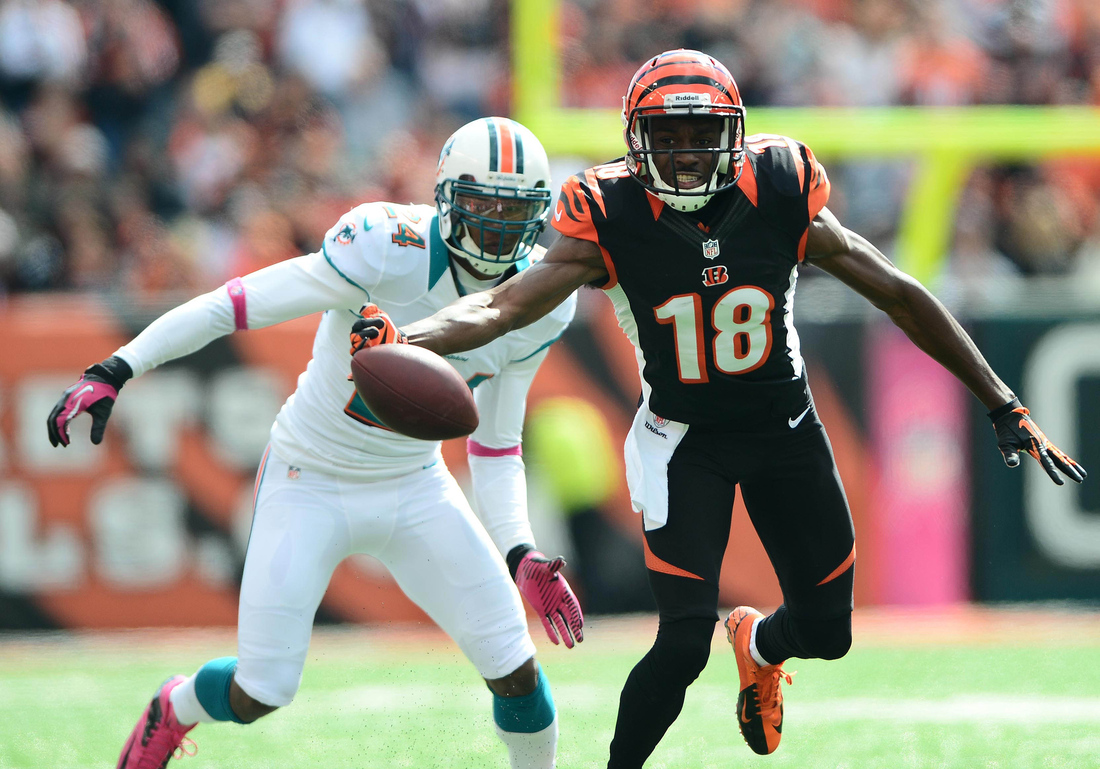 Oh no. Our No. 1 ranked team hosts our No. 32 ranked team. The Texans are 15½ point favorites, which is incredible. The only question is how many touchdowns they win by.

Can the Saints really make the playoffs after an 0-4 start? Of their seven remaining games, they should beat the Raiders, Bucs, Cowboys and Panthers. That's eight wins. They'll need to steal one, possibly two, from the 49ers, Falcons and Giants. The road to the playoffs continues Sunday in Oakland.

If anyone cares about the AFC West, this is a big game in the division. A Denver win gives the Broncos a three-game lead in the division with just six games to go. In other words, the Broncos can effectively seal the deal with a win. Expect them to do that, especially with Peyton Manning playing like he's from another planet right now. 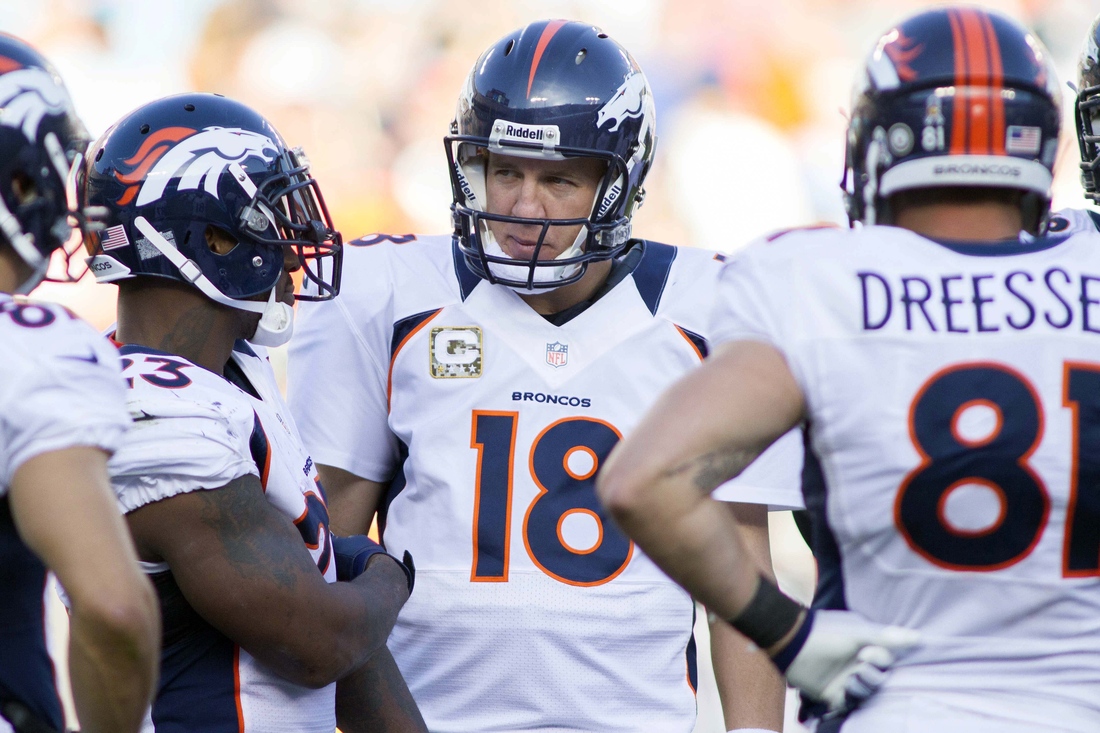 Be prepared for what's coming: lots and lots and lots of Brady-Luck talk. Is this the new Brady-Manning? Is Luck as good as Manning? Do you think Brady and Luck are friends? Better friends than Brady and Manning? Why is Peyton's forehead so big? (That last one is a legitimate question.)

No Big Ben on Sunday. Since being drafted in 2004, the Steelers QB has missed the Ravens game four times due to suspension or injury. And the Steelers lost all four of those games. Sometimes one player really does make all the difference.

This is awesome. I enjoy old school football -- Ravens-Steelers is one of my favorite games every year -- so this is the perfect game for me. The 49ers are the top ranked defense while the Bears are second. Both teams will need their defense in a big way because Jay Cutler and Alex Smith could both miss this game. I like the 49ers offense with Colin Kaepernick more than I do the Bears with Jason Campbell.