Takeaways, Week 11: Colts vs. Patriots is not a rivalry

Have a busy Sunday? Not to worry. SB Nation's Robert Wheel is here to make sure you know everything that you need to about this week's NFL games.

Share All sharing options for: Takeaways, Week 11: Colts vs. Patriots is not a rivalry

Have you ever been to a not-quite sports bar? There's one in my neighborhood that masquerades as a non-sports bar with a nice cocktail list, a menu that uses adjectives like "rustic" and a decent beer selection. But come Sunday they put football on their TVs because they can't resist the football fan dollars. So here's to the people who let me watch these games while I was drinking craft beer. Really dug those artisinal buffalo wings, bro.

TAKEAWAY: The fundamentals of these Dolphins are still strong

The Bills only won because Miami's special teams weren't ready until 9:00 on Thursday. The three times the Bills actually made it to the red zone they had to kick field goals. Ryan Tannehill had a bad night; as rookies are wont to do, but he's still further along than Brandon Weeden (faint praise but cut the former wide receiver some slack on his learning curve). As long as players would rather live in no-income tax states full of scantily clad women instead of Buffalo, the Dolphins will have a leg up in this rivalry.

Tony Romo is fun to watch when he's under pressure because he runs like Phoebe. That made Sunday's game a delight, as the Browns front seven is quietly fantastic and kept him scrambling for the entire game. Romo took seven sacks but also completed 70 percent of his passes because the Browns pass defense, sans Joe Haden, was a joke. On the game-tying drive the secondary gifted the Cowboys most of the yards that they needed on two huge penalties. The Browns linebackers and defensive line should petition the president to secede from the rest of the defense.

TAKEAWAY: Larry Fitzgerald is allowed to demand a trade

I know we hate athletes who demand trades because we pretend that athletes don't have crummy bosses or annoying co-workers. But it's just way too sad to see Larry Fitzgerald run a perfect route and have his arms extended for a ball thrown five yards out of bounds. He's like Jerry Rice if Babe Laufenberg were the Niners quarterback in the '80s.

TAKEAWAY: The Packers are making the playoffs

Thank God because I couldn't deal with an offseason of this type of complaining: 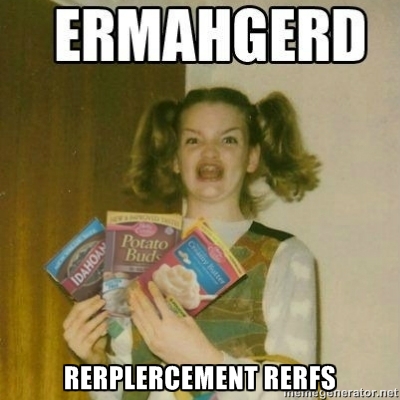 Brady Quinn is in the Chiefs' quarterback rotation. REPEAT: this team is so bad that it might need Brady Quinn but it wants a control group (Matt Cassel) to determine if he is Kansas City Chiefs material. You are guaranteed to get a few sacks, at least two turnovers and a bonus play (Intentional grounding safety? Blocked kick? Tune in to CBS to find out!) if you use the defense facing the Chiefs on any given Sunday. By the way, that's a movie reference for all the Phillistines out there.

TAKEAWAY: The Cardinals are an adorable family-run business

The Arizona Cardinals have had a lot of high first round picks owing to the Rumsfeld-quality level of their onfield output since moving to Arizona in 1988. The only quarterback they've used one on has been Matt Leinart. Naturally that would make them gunshy, but after sending Ryan Lindley (nickname: "Who?") in against the top team in the NFC you'd think they'd focus on improving the position in the next draft. But the Bidwills care not for common sense or your persnickety suggestions on how to run a team, so enjoy the Donovan McNabb era next year, Cardinals fans.

If you live in New York and you don't want to pay for Sunday Ticket then this was the only football game you could watch on Sunday between 1:00 and 4:00 yesterday. It might be a conspiracy by the sports bar-industrial complex. On the list of reasons why you shouldn't move to New York, "being subject to the whims of Jets fans" is up there.

I'm a Giants fan so this is how I feel about the Nick Foles era:

TAKEAWAY: The Bucs are above average this year

Franklin Delano Bluth lookalike Josh Freeman led this team back from an 11-point deficit in the fourth quarter to win in overtime. The Bucs are better than the Saints this year owing to the substitute teacher situation in New Orleans. That should change in 2013 as the Saints return to competence, but we should let the Bucs enjoy being the second best team in their division while it lasts.

You know a receiver did a good job when you can say stuff like "I can't even remember Randy Moss doing something like that." And Schaub, owing to those new overtime rules that let him break half a bill, was 27 yards short of Norm Van Brocklin's single game NFL record of 554 passing yards. Also I had no idea that NFL teams were allowed to play West Virginia back in Van Brocklin's day.

TAKEAWAY: Do you smell what Stan Humphries is cooking?

Every year you see the graphic in early October: the 1992 San Diego Chargers are the only team to make the playoffs after starting 0-4 (fantasy football era only). Well, the Saints are 5-5, have their interim coach instead of their interim interim coach, and are a game out of the last playoff berth. The main argument against them: they lost to the fucking Chiefs.

TAKEAWAY: Philip Rivers is out of his element

Who is the best quarterback Philip Rivers has had to face in his division? A pre-concussion Trent Green? A pre-Laguna Beach Jay Cutler? No matter. He's got to play Peyton Manning twice a year now and Laserface is no match for the budding pizza magnate.

TAKEAWAY: Stop trying to make this a rivalry game, NFL

Non-division rivalries ebb and flow in the NFL along with teams' sustained success. The Cowboys and Niners were rivals in the '90s but the Cowboys' string of irrelevance makes those matches just another conference game these days. So when CBS tries to pretend that Colts-Patriots games now are of the '00s vintage you can ignore it.. Focus your hate on your division rivals, Pats and Colts fans.

TAKEAWAY: Steelers fans will buy anything in black and yellow

In case you missed Sunday Night Football (why do you hate Faith Hill?) the Steelers wore their ghastly bumblebee uniforms. That's because Steelers fans are stupid and will buy anything with Steelers colors. It's how the Penguins got people to come to games after Mario Lemieux retired. If the Soviet colors were black and yellow then Western Pennsylvania would have been one of their oblasts.

WHAT TO DO TONIGHT INSTEAD OF WATCHING MONDAY NIGHT FOOTBALL

Bears-Niners would have been great in the NFL's pre-litigation era. Alas, both of these teams' starting quarterbacks are concussed so even the dumb guy in the office* knows to bet the under. I suggest you do a walking tour of Grand Central Station before it becomes a holiday-season nightmare. That's right, I said holiday. Come at me, Fox News.

*If you just thought, "Hey there's no dumb guy in my office," then I have bad news for you. You're the dumb guy in the office.